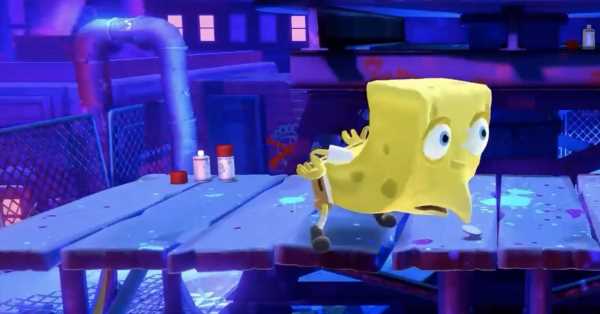 Meme makers rejoice, the developers of Nickelodeon All-Star Brawl added a fun Easter egg hidden in SpongeBob SquarePants’ moveset. Thanks to his taunt, you’ll be able to reference a meme anytime you want while playing the game.

Nickelodeon All-Star Brawl is an upcoming fighting game published by GameMill, which features a cast of characters from a slew of the network’s popular shows like Teenage Mutant Ninja Turtles, Rugrats, and of course, SpongeBob SquarePants.

The developer released a new gameplay video on Wednesday breaking down how fighting will work. While many of the details were relatively granular, and likely more of interest to competitive players wanting to get a look at how fighting will work, there was one fun detail at the end: SpongeBob SquarePants has a taunt, and it’s a reference to a meme.

While taunting, SpongeBob’s body contorts and his eyes and nose get big. This pose references an incredibly popular meme, “Mocking SpongeBob.” It is perhaps one of the most well-known SpongeBob memes in the SpongeBob meme library, and it’s used specifically to make fun of people. It took off in 2017, which makes it old in meme years, but it has never gone out of style. Oftentimes, people format the text with intercaps to exaggerate the condescending tone of the joke, like in this meme below.

The reference feels fitting given the game hasn’t come out yet, but it’s already become the subject of plenty of memes. It’s just a goofy game where Patrick Star can square down against martial arts masters like the Teenage Mutant Ninja Turtles and actually win, if the player is good enough.

And what’s more is Nickelodeon shows like Spongebob have become the subject of memes time and time again. And so now, being able to mock anyone in a game, at any time, feels like a cute little recognition of that and of the fandom to come.

Nickelodeon All-Star Brawl will be released this fall for Nintendo Switch, PlayStation 4, PlayStation 5, Xbox One, and Xbox Series X.