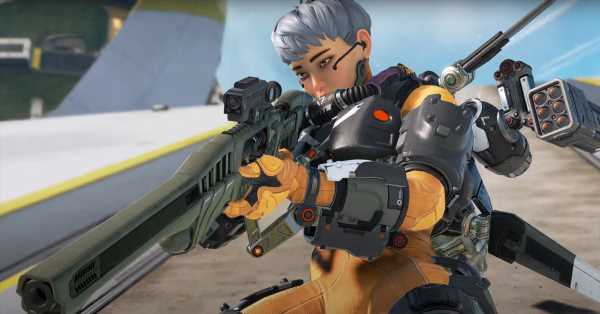 Apex Legends developers are putting brakes on their plans to eliminate “tap-strafing,” a movement meta-tactic skilled players use to be even more mobile. The studio on Monday said it had “discovered some unexpected side effects” and is “delaying our planned change to a later patch.”

“After further testing, we’ve concluded we need to take more time to get this right to make sure related movement mechanics aren’t caught in the crossfire,” Respawn Entertainment wrote on Twitter.

On Aug. 31, Respawn said tap-strafing’s days were numbered. The move is a hard turn, executed in midair, which is commonly used by keyboard-and-mouse players on Apex Legends’ PC version. The inputs necessary to tap-strafe can also be bound to different buttons (or the scroll wheel) on a gaming mouse, making the turns easier to pull off.

Two weeks ago, Respawn called tap-strafing “inaccessible” to most of the audience in a game that fully supports cross-platform play. The move also “lacks readability/counterplay, and is exacerbated by movement abilities,” the studio said. A big example of that is the Launch Pad ultimate that Octane can deploy, as the double-jump it enables makes tap-strafing even more effective.

Apex Legends players at first jeered the change, saying that tap-strafing as an advantage to keyboard-and-mouse players countered the aim assist advantage exclusive to gamepad users. Still others disputed that the mixed population of PC and console players was a meaningful reason for the change. PC players, by default, are matched with other PC players, and although some choose to use a gamepad, players said Respawn should implement input-based matchmaking and leave tap-strafing alone.

Respawn didn’t give any indication what change, if any, will be coming when tap-strafing is addressed, when that will be, or when the next patch will even launch. Apex Legends is currently in its 10th season (subtitled Emergence), and developers already nerfed the new character Emergence introduced with a mid-August patch.