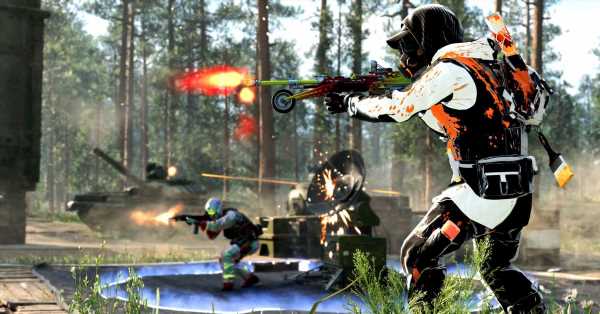 Call of Duty: Black Ops Cold War is heading into a new season with a patch that’s full of new content, plus a couple of balance changes for good measure.

The biggest new addition in the new season is probably coming to Zombies mode with the new Mauer der Toten round-based map. Unlike the Outbreak mode with its massive map, Mauer der Toten will be more of a traditional Zombies experience, including a return to Berlin. Unfortunately, the map won’t actually be coming out until the season 4 midseason update in July.

If Outbreak is more your style, there’s also a new Zoo area for that mode as well. Finally, both Outbreak and Mauer der Toten will have Easter eggs that kick off on Thursday, June 17.

Season 4 will also come with plenty of new weapons and maps for Black Ops Cold War. For new weapons players will get the MG 82 light machine gun, and the C58 assault rifle through the season’s battle pass. Meanwhile, the Nail Gun can be earned either by completing challenges or by purchasing it from the in-game store. While these three guns are the only ones coming at launch, there will be more as the season goes on.

On the competitive multiplayer side, Black Ops Cold War is getting several new maps at the launch of season 4 as well. The highlight of the new maps is definitely Hijacked, a remake of the classic map from Black Ops 2. The map will be 6v6, takes place on a small yacht, and features lots of close-quarters shootouts. Collateral is a new 12v12 map, while Collateral Strike is a slightly smaller 6v6 version of the same map. Amsterdam is the game’s new 2v2 and 3v3 map for Gunfight and Face Off modes.

Finally, the season 4 patch is bringing another round of changes to Black Ops Cold War’s assault rifles, but nothing as drastic as season 3’s update. This time around, Treyarch is mostly focusing on attachments and trying to better balance suppressors to have advantages and disadvantages, rather than there just being one go-to silencing option for every weapon.

Call of Duty: Black Ops Cold War’s season 4 patch will go live at midnight on June 17. For a look at all the changes in the patch you can check out the full patch notes.

Correction: The original version of this story stated that Mauer der Toten would be out at the beginning season 4, however Treyarch has clarified that it won’t be out until the midseason update in July. The story has been updated to reflect that.