Last year’s Call of Duty chased the success of PlayerUnknown’s Battlegrounds and Fortnite with its Blackout battle royale mode. This year’s entry, the rebooted Call of Duty: Modern Warfare, is seeking thrills on a smaller scale with a new mode called Gunfight, a two-versus-two, enjoyably fast multiplayer mode that offers intense thrills.

Officially revealed on Thursday — I played it back in May and loved it — Gunfight pits two teams of two against each other in small maps. Players are armed with weapons and equipment selected by the game mode, and mirrored loadouts change from round to round. Teams have 40 seconds to find and eliminate their opponents, and if no one is killed within that time frame, an overtime flag will spawn. Defend the flag for three seconds and you’ll score a point. Or eliminate the other team and score a point. The first team to score six points wins the game.

It’s a perfect drop-in, drop-out game mode; players don’t need to worry about selecting loadouts or managing their Create-A-Class, they can just pop into a quick game with friends and get some shooting in. Rounds move quickly and there’s not auto-regenerating health, so players need to be cautious, communicative, and aggressive. 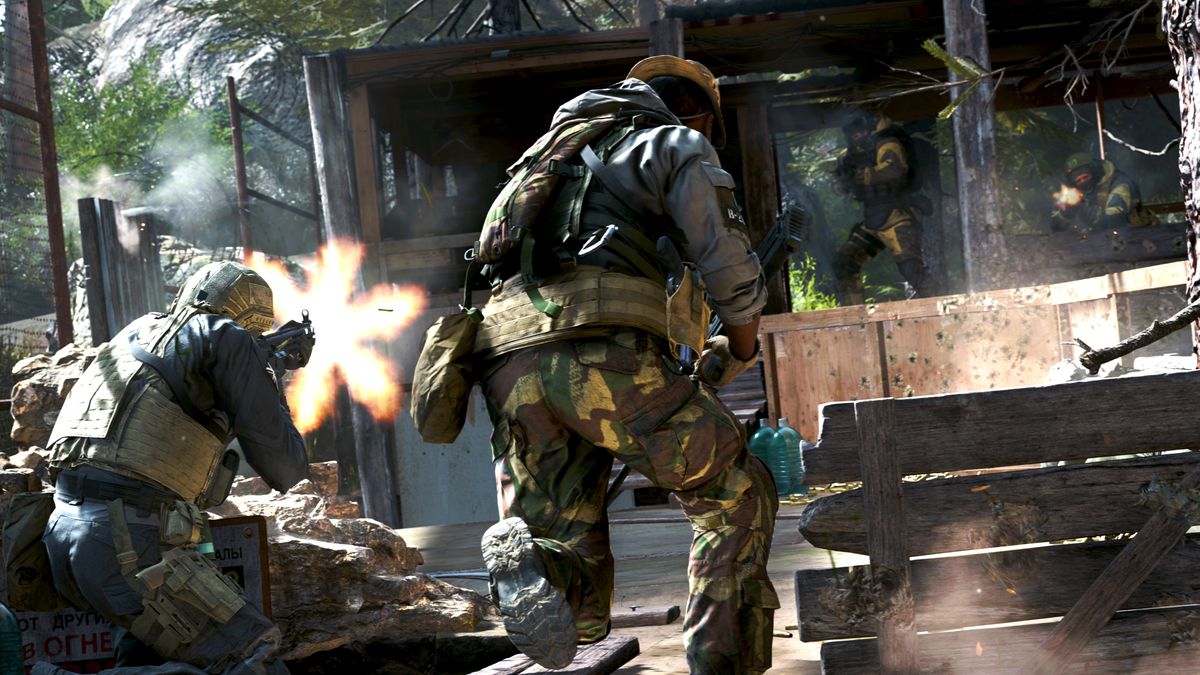 Developer Infinity Ward likened Gunfight to Call of Duty’s take on Street Fighter. It’s not a perfect analogy (2v2 fighting games aren’t too common in the West), but the short, round-based action and the reactive, mind-game strategies required to compete in a fighting game seem applicable to how Gunfight is played.

When I played through a couple games at Infinity Ward’s studio, my partner and I kept experimenting with different routes and strategies. Sometimes, he’d take the high ground, hiding behind the containers in a warehouse while I’d draw fire from below. Other times, we’d stick together, watching carefully for movement so we could single out a target to put pressure on the remaining survivor. Each round gave us a different weapon or piece of equipment, like a tactical shield, to experiment with. A shotgun-based round plays very differently from an all-sniper rifle round.

Infinity Ward has confirmed three maps for Gunfight so far: King, set inside a warehouse; Pine, a dense forest location with a few man-made structures; and Stack, a container yard set in a desert.

Call of Duty: Modern Warfare will be released Oct. 25 for PlayStation 4, Windows PC, and Xbox One. Infinity Ward promises more multiplayer modes as part of the game’s competitive suite, with a full multiplayer reveal coming Aug. 1.