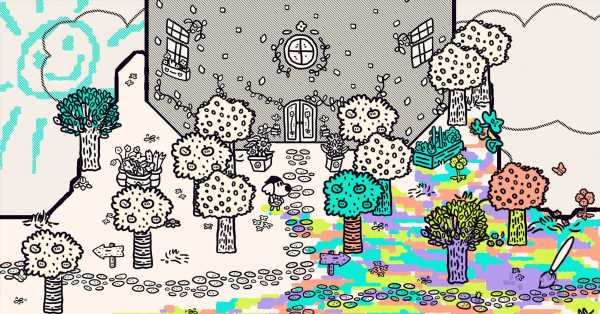 There are some multiplayer games that come with a warning: Play with your friends and family at your own risk. That includes games like Overcooked and any Mario Party title — Overcooked for the stress of working together in chaotic scenarios, and Mario Party for the inevitable strain of betrayal. This doesn’t mean these games aren’t great or fun: They’re fantastic! They can both bring you together or tear you apart. But in the end, the games are infamous — for different reasons — for the fights they create.

However, I’ve found the antidote: Chicory: A Colorful Tale. Released in June, Chicory is a 2D adventure game named after a famous painter who stops painting. The job gets taken over by the player, who takes control of a dog with a paintbrush bringing color back to a black-and-white world.

This video game gives a dog a paintbrush

It’s an absolutely delightful game that combines a unique painting tool with innovative puzzle mechanics. Chicory has a fantastic multiplayer mode, too, and I’ve found that it’s the perfect game to play with family and friends who might not be otherwise interested in gaming or competition.

When playing Chicory alone, you simply guide your dog around the screen and paint with a big paintbrush. If a second player joins in, a second floating paintbrush appears, and they can control it. Both players can paint, but only one can steer the action. Playing with my husband, I led our character Pancake around the world, and we collaborated on the painting. Sometimes, we worked together to solve a puzzle, and in others, one of just took the lead while the other painted wildly. I imagine this would be a great game for people with kids — especially kids who might be too young for more complex games like Overcooked.

Chicory is a low-stakes experience; there are no clocks or timers. If either player messes something up — such as by coloring in something that changes the environment in a way that botches a puzzle — it’s easy to undo. Sure, there is always room for annoyance: Sometimes, my partner would accidentally erase a paint stroke that was essential to something I was trying out in solving a puzzle, but it was still an easy fix. The other was a brief schtick where he found it funny to write “POOP” in large letters repeatedly over multiple screens. (Please note: We are both, indeed, over 30.)

The spaces in Chicory are meant to be played in; the game encourages players to fool around with paint to create weird, wacky art. These sorts of spaces, in real life and in games, are where collaboration and creativity thrive. Chicory is very good on its own, but it just might be even better with a friend.