Fortnite’s latest season is here, and one of its mysteries was solved right off the bat. Deadpool will be the Fortnite season 2 hidden outfit, and we know because Deadpool revealed it himself.

Each of Fortnite’s seasons since chapter 1 season 3 have had hidden skins that players could unlock by completing challenges. Normally this skin remains a mystery until around week seven or eight, but this time around, Deadpool — in typical Deadpool fashion — let us know that he was the secret right away, by swimming in a pile of V-bucks on the battle pass screen and trailer. 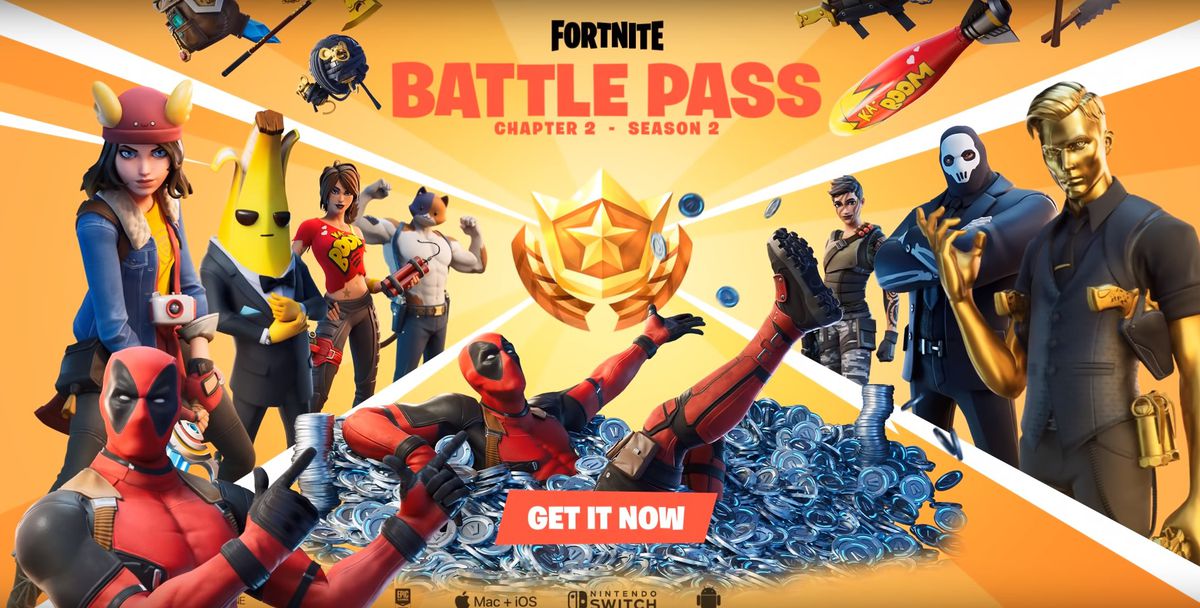 While Deadpool may have revealed that he was the hidden outfit on the battle pass screen in-game, that wasn’t the first time we got a glimpse of him in the season 2 promotional material. As it turns out, he was also in the Fortnite season 2 launch trailer, but only for a brief second behind a trick bookshelf.

Since there’s no mystery to what the hidden skin will be, Deadpool also gets to be a part of your mission hub, which was newly added with season 2. If you click on the Vent area from the main hideout room, you’ll be taken to Deadpool’s room/bathroom. From there you can log into his computer and get the lowdown on all of his challenges. These are the challenges you’ll likely have to complete to unlock his skin later in the season.

There’s no official information yet on when the Deadpool skin will actually be unlockable, or how many challenges players will have to complete to unlock it. But we should learn more as Fortnite season 2 progresses.