In the original Destiny, Artifacts aided Guardians by giving them additional perks and powers. In the Rise of Iron expansion, they even brought some significant changes to how the game played. But Bungie decided to leave the item slot behind with Destiny 2 in 2017. Starting with Destiny 2: Shadowkeep and continuing through the year, players will earn a new Artifact to help them along their journey.

Polygon sat down with general manager Mark Noseworthy and franchise director Luke Smith to discuss how the Artifact system has changed, and what it means for Destiny 2.

“The Artifact is one part of this philosophy around making sure that in Destiny going forward, our seasonal content feels like it’s got a sense of momentum,” said Smith.

Each season, players will set aside their old Artifact and pick up a new one. For the game’s fiction, it’s to help players feel like there’s a through-line in the Destiny experience. 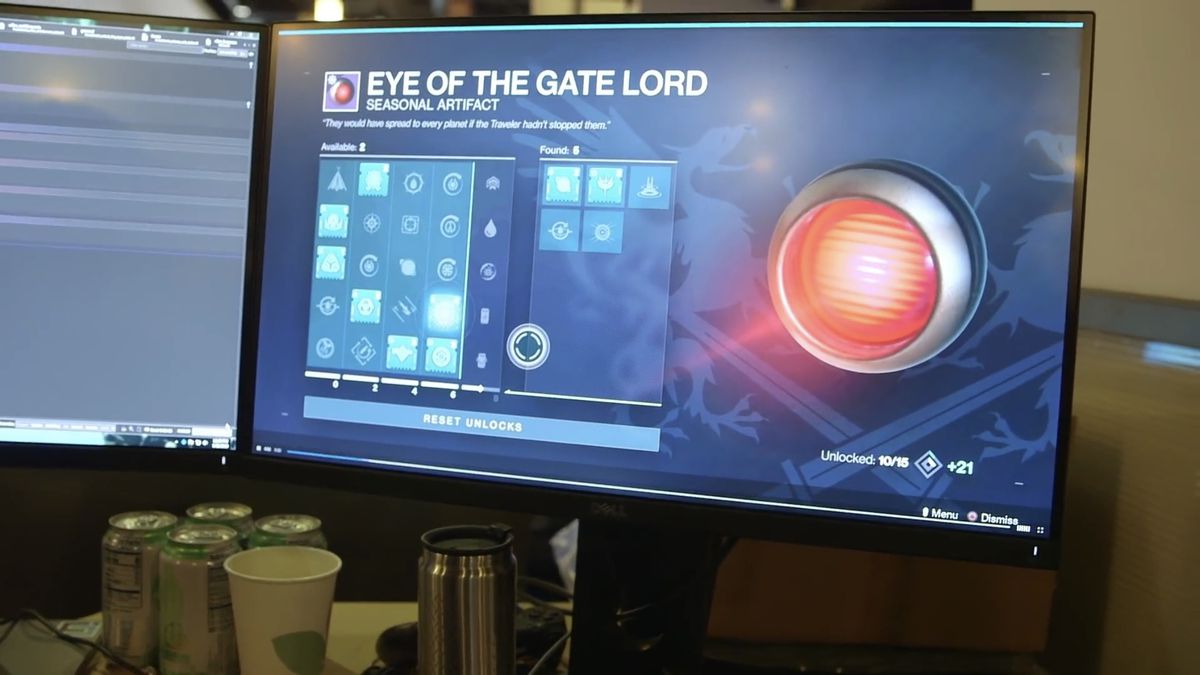 The Eye of the Gatelord — the Artifact shown in the Out of the Shadows ViDoc — correlates to the Vex, who players will fight in the Black Garden raid in Shadowkeep. While it’s possible this artifact may not be the final version players see on release, they should still expect a thematically appropriate Artifact based on the season it belongs to.

But Artifacts impact more than just the Destiny story.

“We kind of have this overall vision for what we’re trying to do with the Destiny RPG game, which is really enable and empower build crafting,” said Smith. “The Artifact is one of the tools that we’re experimenting with, alongside the Armor 2.0 system, which is modding your character and modding — in some cases — your abilities, to become more powerful.”

Bungie: Shadowkeep’s Armor 2.0 system is about bringing stats back to Destiny 2

Smith suggested that players will slot mods into their new Artifact each season, some of which could seriously impact player powers or abilities. At the end of the season, players will replace their Artifact with something completely new, with new mods and abilities.

Bungie intends to use Artifacts to test new kinds of abilities each season. Presumably, this allows the studio to experiment with more creative builds for players to test out without creating a problem it needs to fix down the line. Since all seasonal mods expire after three months, the problems of power creep should solve themselves by the end of each season.

Smith was clear that just because a mod goes away now doesn’t mean it’ll never come back again. If players love a specific new mechanic and want it to return, the studio is open to obliging its audience. But more importantly, the studio remains dedicated to creating new ways for players to customize their Guardians.

Noseworthy reiterated Smith’s point. “We think of every season having some kind of flavor,” said Noseworthy. He added that the team wants players to push their characters in completely new directions or builds each season.

The studio won’t reveal how exactly players will grow and enhance their Artifact over each season, or how it’ll impact a Guardian’s existing abilities. But in the Out of the Shadows ViDoc, developers referred to the end game Artifact abilities as being “almost Exotic.”

If these Artifact abilities stay as impactful, Destiny’s landscape will change more between its seasons than we’ve ever seen before.