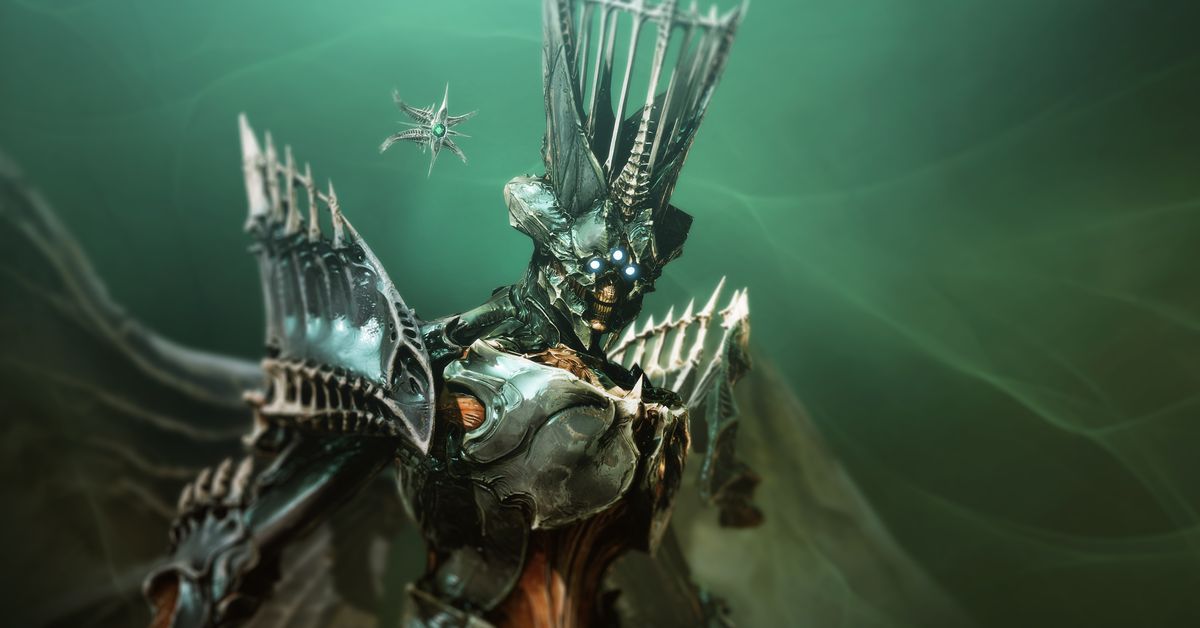 Destiny 2 is a game all about grind, and it does it well. But even the great grindy games can become tedious, and Destiny is no exception. When The Witch Queen expansion launches on Feb. 22, Bungie will be revamping some of Destiny 2’s reputation systems, shortening the grind for all.

In Thursday’s Destiny blog post, Bungie showcased a host of changes coming to the game’s reputation system next month. For those not in the know, playing ritual playlists (Strikes, Crucible, and Gambit) gives reputation, allowing players to rank up the activity’s associated vendor and get some sweet rewards. Players who play more than one of the same activity in a row will go on a streak, further increasing reputation.

Power gains, resources, and the seasonal ritual weapon are all locked behind reputation, but Bungie thinks it’s taking players a bit too long to chew through those ranks. Starting in The Witch Queen, Vanguard reputation will be twice as fast and move even faster on streaks. Nightfalls will also have better multipliers and completion bonuses.

Trials of Osiris will also get a reputation boost based on how many rounds players won in a particular match — incentivizing players to try even if they’re losing. The Summoner auto rifle will also return to the activity next season, alongside a new weapon Bungie isn’t talking about yet.

Bungie is largely happy with the Crucible’s reputation speed. However, with Iron Banner getting an upgrade in the near future, Bungie plans on keeping an eye on the Crucible reputation to see how it changes. Like Strikes, Gambit rank-ups are slower than Bungie wants, but with the Gambit rework coming in The Witch Queen, the studio is holding off until the dust settles.

Despite all of these changes, Bungie won’t be updating the finicky streak system or changing how players can unlock the playlist specific ornaments for the ritual weapon (locked behind two reputation resets). The studio admitted that it knows players don’t like the current path to those rewards, but it’s hoping the above reputation changes will make a big difference.

Bungie is also upgrading the Strike playlist into the Vanguard Op playlist. In addition to the Strikes currently in the game and the ones coming in The Witch Queen, the studio will add the Battlegrounds from Season of the Chosen into the mix: Behemoth, Oracle, Hailstone, and Foothold. These Battlegrounds will be the standard, non-Champion versions and players will be able to complete all Strike bounties and Triumphs inside.

Finally, Bungie is changing up Nightfalls again. The boss-specific modifiers are going away in The Witch Queen, and players are getting a new elemental burn modifier instead. The seasonal Strike modifiers will also move to Nightfalls in season 16, with weekly rotating Glaive and Void themes. Duty Bound and Silicon Neuroma — two past Nightfall rewards — will also make their return on Feb. 22. And the daily Lost Sector will no longer be split between Master and Legend, as Bungie is implementing new technology to allow players to select difficulties in the open world.

All of these changes should make for a more streamlined Destiny that won’t waste player’s time on reputation grinds. Players will find out for sure when The Witch Queen expansion launches later next month.