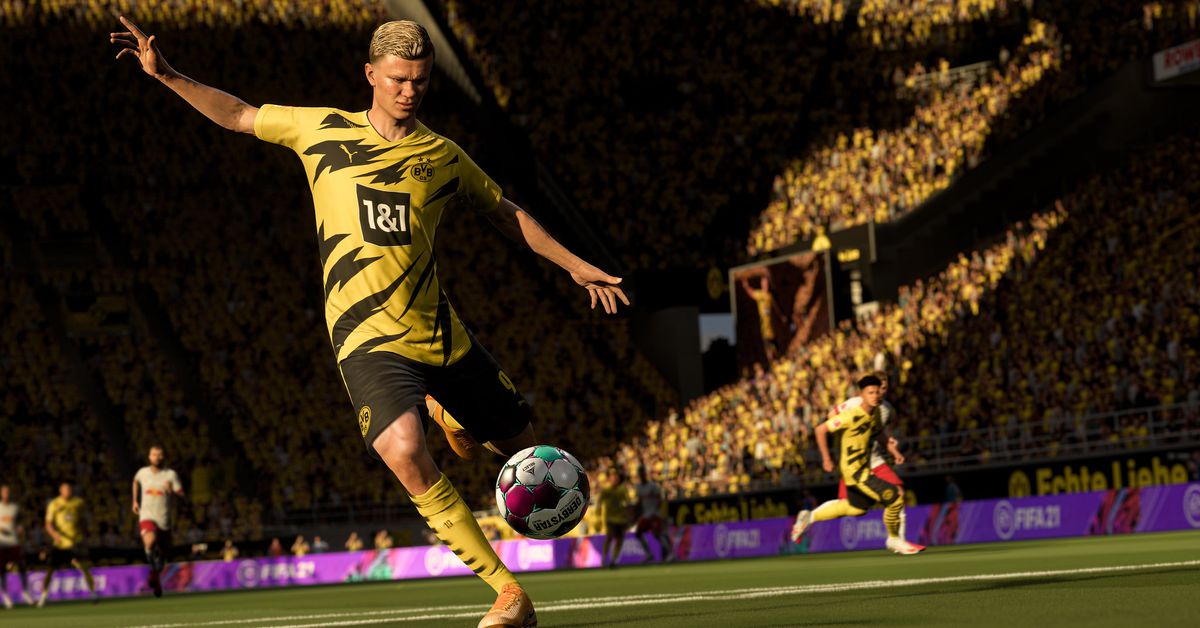 Electronic Arts over the weekend acknowledged it is investigating a scandal in its billion-dollar FIFA Ultimate Team franchise, and that it may involve EA employees. “We’re angry, too,” the company said, offering an explanation of how and why it grants rare items, and promising harsh action against those who have abused that process.

Effective immediately, EA’s FIFA developers “have suspended all discretionary content granting for an indefinite period.” This follows unconfirmed social media reports, picked up by Eurogamer last week, that a company employee was selling FUT’s “Icon” and “Prime Icon Moments” — extremely rare, extraordinarily valuable in-game items — for as much as $2,500.

“Our initial investigation shows questionable activity involving a very small number of accounts and items,” says a statement from Electronic Arts. “When our investigation is completed, we will take action against any employee found to have been engaging in this activity. Any items granted through this illicit activity will be removed from the FUT ecosystem, and EA will permanently ban any player known to have acquired content through these means.”

Almost since its inception in 2009, FIFA Ultimate Team has had a black market for the sale and transferral of in-game currency, even though Electronic Arts expressly forbids that activity under FUT’s terms of use. Eurogamer noted last week that this is the first allegation involving the sale of in-game cards, for cash, a transaction that would seem to require a person working on the inside as FUT items typically change players’ hands through the in-game auction house, where anyone can bid on all items there.

EA explained its “content granting” process, through which players are legitimately awarded in-game FUT items. The most common uses of this granting process are as make-goods for in-game technical issues, or accidental content deletion by users. The company also uses the process in its testing and quality verification operations, but that is normally on test servers not exposed to the public.

A third scenario, though, involves granting content to “athletes, partners, & employees.” “Often we want to recognize contributions that have been made by certain Pro Footballers, celebrity partners, or even our own employees,” EA wrote. However, items granted in this way “are always non-tradeable and can be used only by the account to which they were originally granted.”

“We do not use this discretionary process to grant content to professional video game influencers,” EA said. EA said that such discretionary item granting accounts for “less than 0.0006% of the total player items in the FIFA 21 ecosystem” and don’t affect the odds another player would find or acquire them normally.

Still, that program is on hold while the company examines what exactly happened here, and how. “Regardless [of the investigation], we appreciate how concerning this is to all of our players, and we apologize for the impact of these improper grants within the community,” EA said. “We also appreciate how extremely annoying and frustrating it is that this practice might have come from within EA. We’re angry, too. We know that the trust of our communities is hard-earned, and is based on principles of Fair Play. … This is a breach of that principle, as well, and we won’t let it stand.”

Electronic Arts’ net revenue from FIFA Ultimate Team, for the fiscal year that ended in the spring of 2020, was $1.49 billion. Last year, as the COVID-19 pandemic conditions pushed most of the world inside and into isolation, FIFA Ultimate Team’s revenue went “off the charts” — up 70% for the April-to-June quarter of 2020, over the same quarter in 2019.

The franchise’s moneymaking power has spawned black markets and other illicit behavior, drawn criticism of EA’s business practices and threats of regulation from European and American lawmakers. In 2018, EA Sports began revealing the odds of what type of items players can expect to find within the game’s different types of virtual card packs. And last year, FIFA developers launched a tool called FIFA Playtime, which allowed players (or their parents) to monitor and control the amounts of time and money they spend in the game.