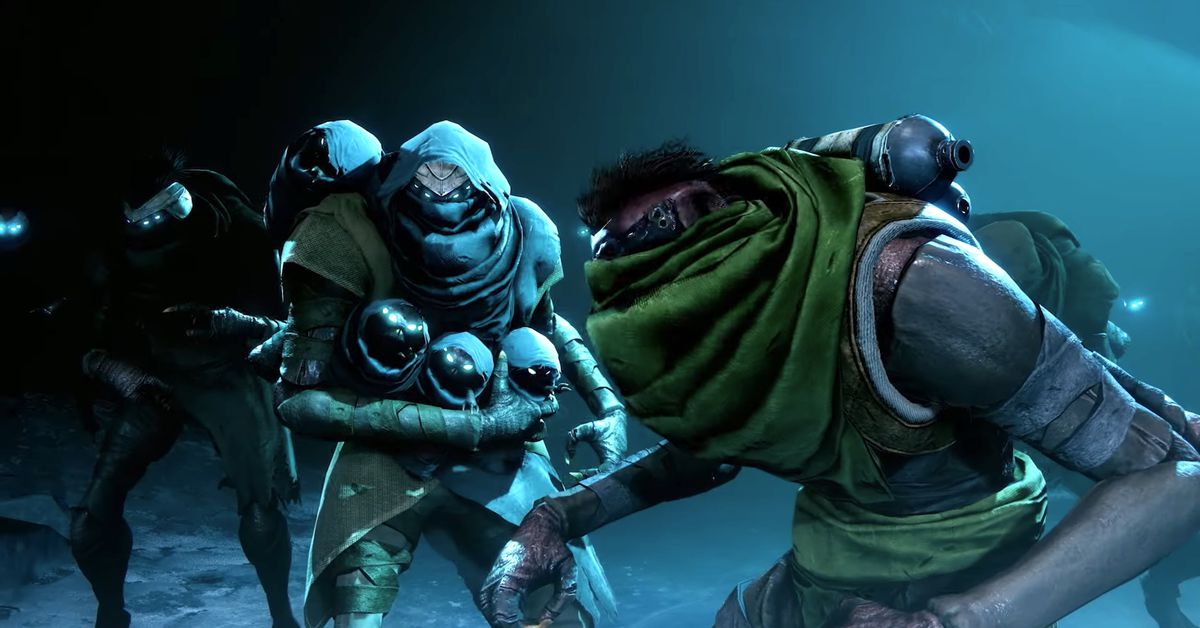 Bungie unveiled the next season of content coming to Destiny 2 on Tuesday morning. It’s called Season of the Splicer, and will focus on a new Vex threat. The ancient, machinelike race has blocked out Earth’s sun, plunging the Last City into eternal darkness. But what has truly overshadowed the world of Destiny right now is the attention that the game’s new Fallen babies are getting.

The Baby Fallen appear in Season of the Splicer’s new trailer for something like 25 total frames in the two-minute trailer (and some very dark key art), but they’ve stolen the hearts of Destiny 2 players far and wide. Everyone just wants to protect these adorable little four-eyed monsters — pinch them, squeeze them, consume them like a Chipotle burrito, Titan shoulder charge them into oblivion … they’re just so dang cute! They are the Baby Yoda of the Destiny world.

Unsurprisingly, Baby Fallen fan art is already all over Twitter.

So precious. Almost makes you forget that whole Fallen-Dregs-eat-human-children thing.

Destiny players are, of course, demanding that Bungie make Baby Fallen plush toys and won’t stop bothering the developer about giving them more Baby Fallen content. Amusingly, Bungie offered a peek at Baby Fallen more than a year ago, but in the form of fan art that mashes up the wee Fallen with Baby Yoda’s heavily memed soup-supping scene from The Mandalorian.

Season of the Splicer begins May 11 in Destiny 2, which is available on Google Stadia, PlayStation 4, PlayStation 5, Windows PC, Xbox One, and Xbox Series X.