Final Fantasy 14’s Stormblood expansion is wrapping up in preparation for the next expansion, Shadowbringers, releasing in July.

We talked over email to the game’s producer, Naoki Yoshida, about the end of Stormblood, content coming up in Shadowbringers, and who he’d rather fight: Godbert Manderville or Julyan. Most importantly, Yoshida confirmed that the game’s glamour system is getting expanded a bit, with more slots being added to the glamour dresser, as well as more glamour plates. Finally, players will have even more fashion options.

[Ed. note: The interview below was done using a translator provided by Square Enix and has been edited for clarity and length.]

Polygon: Now that Stormblood is finally over, did you learn anything about the playerbase over the course of the expansion? Did they react to reveals and new mechanics the way you expected to?

Naoki Yoshida: Our players have already greatly surpassed our expectations in many ways; they have taken the world of Final Fantasy 14 in as something that is both perpetual and natural. The reason I say it in this way is that players from around the world not only play the content we create, but also organize events and role-play on their own. One could say that many are taking residence in the world of FF14, which is changing what we need to provide — it is no longer just about creating content, but also simply providing a space to play within. I believe this is both a very strong and positive outcome for an MMORPG. The reaction toward battle mechanics and other specifics are a very small factor in comparison to this bigger picture.

What ever happened to Fordola? She ran off to take care of Ifrit and we never saw her again. Is there a chance we might get more of her in the future?

Unfortunately, now is still not the time to talk about Fordola’s future. She is a tragic character who has lived an ill-fated destiny, and made into a Resonant. Eventually, there may come a time to depict what happened to her, but now is not yet the time. However, I don’t think we will ever forget her.

The raid bosses for 2.0 and 3.0 introduced new mechanics that kept you on your toes for most of the battle, but the bosses in the 4.0 raids, like Kefka and Final Omega, often used mechanics in the second half of the fight that were present or similar to those in the first. Will the “Eden” raid in 5.0 be more similar in design to the earlier raids or closer to the 4.0 raids?

We don’t necessarily create raids that fall under some kind of overarching ruleset we have in place. It is actually based more so on the preference of the content designer who is in charge of creating each of these raids. The examples you provided (Kefka and Final Omega) were handled by the same person, so you might see some similarities between them. [laughs]

One thing that we do need to be mindful of is the available resources for creating the content, such as graphics and programming. A very skillful content designer may be able to come up with new mechanics while keeping resource costs low simply by finding an interesting way to reincorporate a previously used mechanic.

We shall have to see how “Eden” pans out … That said — the staff who worked on Kefka and Final Omega are part of that production team, too! :p 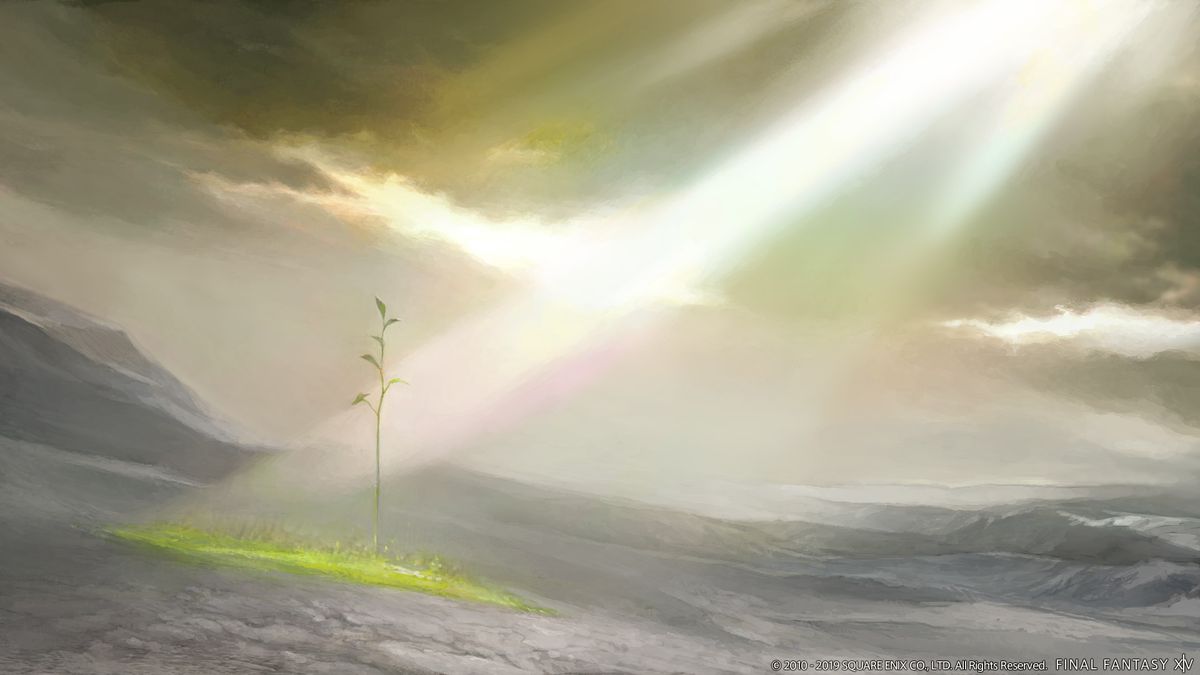 What will the “Eden” raid bring us?
Square Enix

FF14 has a lot of cool outfits and accessories, and I’m sure Shadowbringers is going to bring about even more. Is there any plan to expand the glamour system to accommodate access to more items or even add more slots to the dresser? Will we ever be getting a glamour dresser furniture item for our homes? Players really love glamour!

The amount you can store in the glamour dresser will be doubled from the original 200 to 400, and the number of glamour plates available will also be increased. These updates will come with the launch of Shadowbringers, but we will continue to update the glamour systems in the future as well!

Last question, and like last time, it’s a fun one! Who would you rather take on in a battle: Godbert or Julyan?

Oof, this is a tough one …! However, I still have a feeling I can talk things out with Godbert. No matter who I choose, I don’t feel like I could win, but the person I feel I could perhaps become friends with afterward would be Godbert … probably.

No matter what era, no matter the world, mothers are always strong.