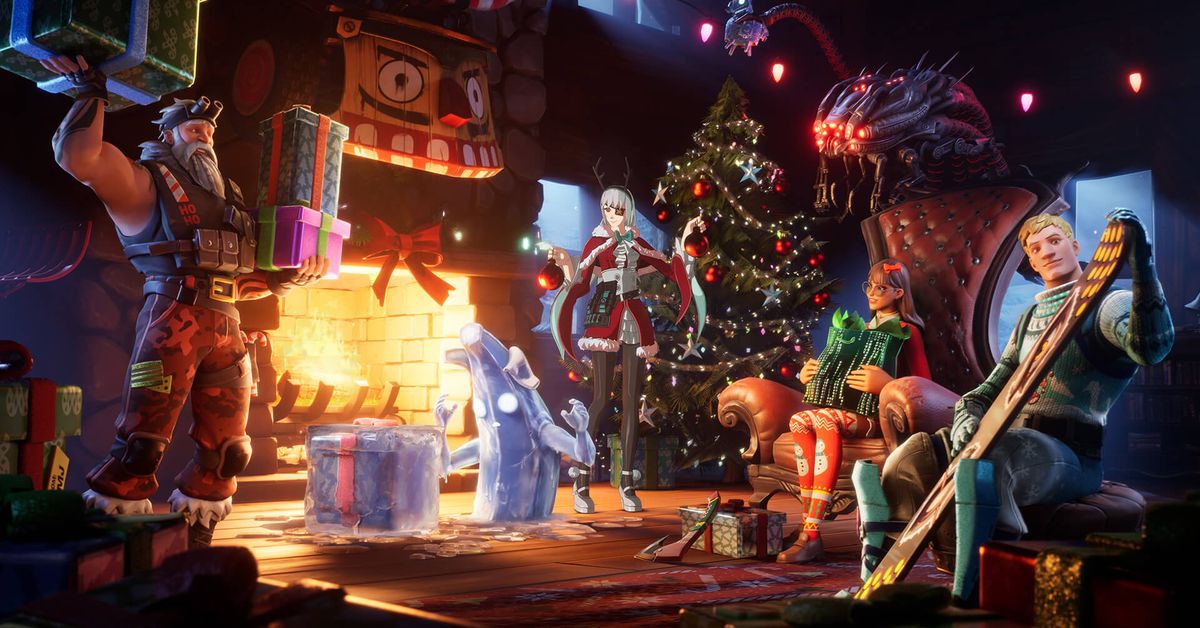 Fortnite’s holiday-themed event, Winterfest, is now live in Epic Games’ big battle royale. The limited-time event, which runs from Dec. 16 to Jan. 6, 2022, will give players a big batch of presents. It also welcomes Tom Holland’s version of Spider-Man (from Spider-Man: No Way Home) and Zendaya’s MJ to the island. That means two versions of Zendaya in Fortnite in just under two months! Talk about a Christmas miracle.

Fortnite players who have been on their best behavior this year will be treated to 14 days’ worth of presents. Sgt. Winter will be handing them out in the Winterfest Lodge — accessible through the snowflake tab in the game’s lobby — and players can expect the following: two outfits, two pickaxes, two wraps, one glider, one contrail, one emote, one lobby track, one loading screen, one emoticon, one spray, and one banner. Two of those outfits, revealed by Epic, are Krisabelle, a “festive take on the community-inspired Isabelle,” and Polar Peely, a frozen banana.

It’s one banana … how much could it cost?
Image: Epic Games

And while Spider-Man is already thwipping his way through Fortnite’s flipped island, it’s not the lovable Tom Holland version. Fortunately, Spider-Man: No Way Home versions of Spidey — with Tom’s face, no less — and MJ are coming to the Fortnite Item Shop on Thursday, Dec. 16, at 7 p.m. EST. That version comes complete with an unmasking emote, fitting now that everyone knows that Peter Parker is the ol’ webhead in the MCU.

More details on Fortnite Winterfest 2021 are available in Epic Games’ blog about the event.