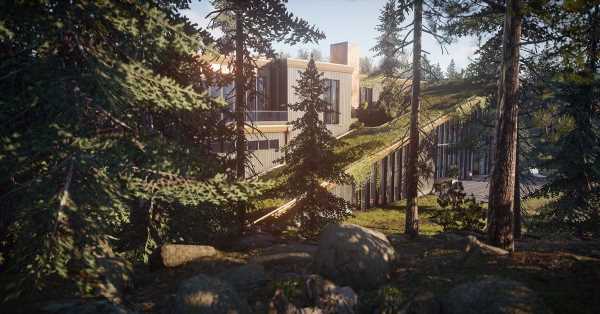 Hitman 3’s first anniversary is two months away, and developer IO Interactive has big plans for the game’s second year of existence, including the long-awaited release of new maps and modes, the studio announced Monday.

“New maps, storylines, modes and ways to play are all lined up for 2022,” IO said in a blog post. That will be welcome news for Hitman 3 players, who have expressed frustration since the game’s release in January that its post-launch downloadable content — the $29.99 Seven Deadly Sins expansion, which IO rolled out in seven parts from March through October — reuses existing maps rather than delivering new ones. (Hitman 2’s DLC introduced two additional locations: a bank in Manhattan, and a resort in the Maldives.)

Details about Hitman 3’s new maps, and about a “major update to the game” scheduled for the spring, will come later, but IO teased one of the new modes in its blog post: Elusive Target Arcade, which will deliver “the ultimate Elusive Target challenge in a change to the established formula in this fan-favourite game mode.” Most importantly, IO said that everything in Elusive Target Arcade “will be a permanent addition to the game.” This is a big deal for Hitman veterans, since the major downside of Elusive Targets as they currently exist is that they’re limited-time events — there’s no way to replay them.

2022 will be a big year particularly for people who have played — and are still looking forward to playing — Hitman 3 on Windows PC. The PC version of the game launched as a 12-month Epic Games Store exclusive, so it will presumably be released on Steam and other PC storefronts once the game’s first birthday arrives on Jan. 20, 2022. We’ve asked IO Interactive for confirmation, and we’ll update this article with any information we receive.

One Hitman 3 feature that PC players haven’t been able to try at all is virtual reality, since the VR mode has thus far been available exclusively on PlayStation VR, support for which is limited to the PlayStation 4 version of the game. IO announced Monday that it will bring the VR mode — which allows for playing the entire World of Assassination trilogy in VR within Hitman 3 — to PC in January. The studio said that it will provide specifics on headset and platform compatibility later, ahead of release.

PC players have also been waiting a long time for the arrival of ray-traced graphics in Hitman 3. A year ago, two months ahead of the game’s launch, IO said it planned to add ray tracing “later in 2021.” But that release window has now shifted, with IO saying Monday that it will bring ray tracing to the game sometime in 2022. The studio has only ever referred to ray tracing as a PC feature — developed through a partnership with Intel — so don’t expect it to come to the PlayStation 5 or Xbox Series X versions of the game. You can catch a glimpse of ray tracing in action in Hitman 3’s Dubai and Chongqing levels in a video that IO released Monday alongside its blog post. (In terms of specific ray tracing features, the clips appear to show off ray-traced reflections at the very least.)

In Hitman 3, Agent 47’s freedom is more important than yours

IO Interactive CEO Hakan Abrak appeared at the start of the video to introduce the studio’s plans for year 2 of Hitman 3, and to provide two tidbits related to the game’s success: He said that Hitman 3 is now “the most successful Hitman game of all time,” and that the World of Assassination trilogy, which began in 2016 with the franchise reboot Hitman, has reached 50 million players. IO did not provide details on the metrics for Hitman 3’s success — for instance, on whether Abrak was referring to a number-of-players measurement or simply to unit sales — so we’ve asked the studio for clarification.

In October, IO announced that sales of Hitman 3 had generated revenues of more than three times the game’s development budget, contributing greatly to the most successful year in the studio’s history. In addition to Hitman 3 content, IO is currently working on an original James Bond video game and an unannounced project.