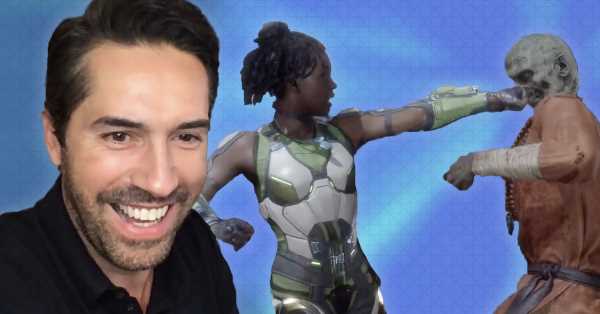 Scott Adkins does not have time to play video games.

It takes a lot of time and effort to remain absolutely jacked and capable of throwing out effortless 540 spin kicks. The Undisputed star grew up playing classics on the Amiga, and recently played a video game protagonist come to life in Max Cloud, but he hasn’t spent much time on the hobby since the ’90s.

Video game fight scenes have come a long way since then, so I got him on Zoom and filled him in on some of the stuff he’s been missing. Check out the video up top to see Scott weigh in on Metal Gear Solid 4’s Snake-on-Snake brawl, Yakuza Kiwami 2’s absurd heat actions, Mortal Kombat 11’s Shaolin zombie showdown, and more!

While you’re at it, subscribe to our YouTube channel, and if you dig Scott’s breakdowns, make sure to check out his YouTube series, The Art of Action.