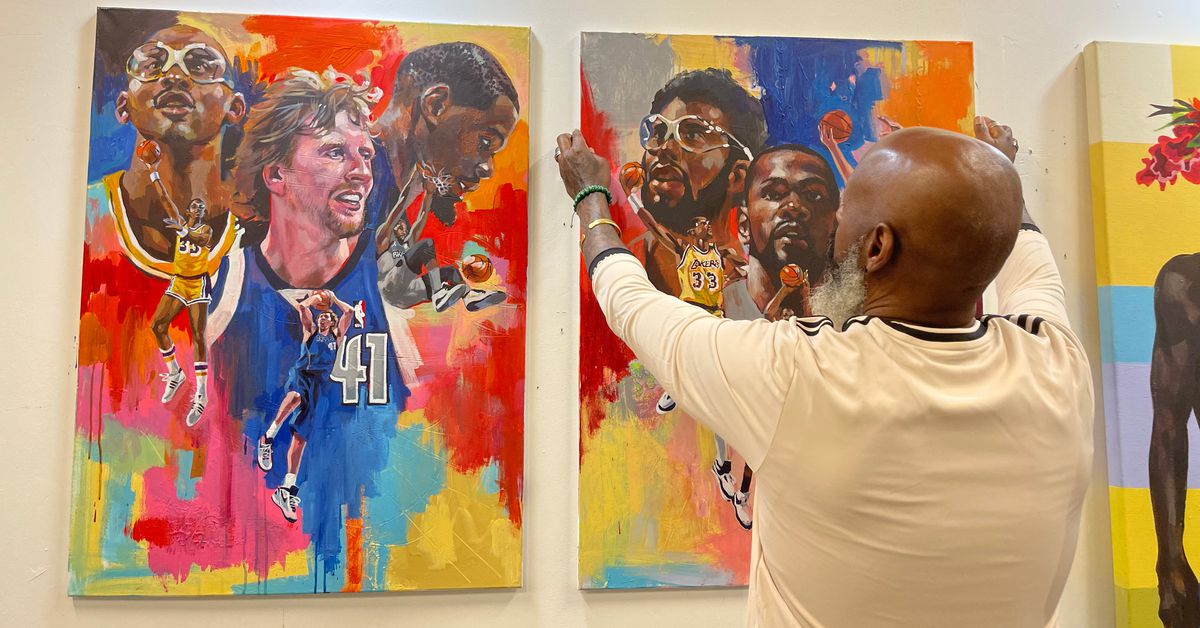 Dončić, a two-time NBA All-Star in his three seasons in the league, will grace the cover of NBA 2K22’s Standard Edition and Cross-Gen Digital Bundle. The background of the Standard Edition features artwork of a shouting Dončić draped in thick brushstrokes of blue, white, and red — a nod to the flag of his native country, Slovenia.

2K Sports is continuing its policy of charging $10 extra for its game on current-generation consoles, and of not offering a free upgrade from last-generation versions. The Standard Edition of NBA 2K22 will cost $69.99 on PlayStation 5 and Xbox Series X, and $59.99 on Nintendo Switch, PlayStation 4, Windows PC, and Xbox One. Anyone who wants to play the game across both generations on either PlayStation or Xbox will have to pony up for the $79.99 Cross-Gen Digital Bundle.

A third version of NBA 2K22 is a history-making one. 2K Sports is marking a milestone year for the WNBA with the WNBA 25th Anniversary Special Edition of NBA 2K22. Its cover will feature Candace Parker of the Chicago Sky — the first woman cover athlete in NBA 2K history.

“Representation matters, so this is a special moment of progress for the sport and the series,” Parker said in a statement. “To be part of this historic cover is a testament to the growth and rising popularity of the women’s game, and I’m proud to be the first female cover athlete to be the face of NBA 2K.”

NBA 2K21’s new WNBA mode is a first step, and not much else

The WNBA 25th Anniversary Special Edition will be released only on PlayStation 5 and Xbox Series X for $69.99, and it will not be available outside North America, where it will be sold exclusively at GameStop and EB Games. It comes with a neat bonus: seven WNBA jerseys (for Parker, Sabrina Ionescu, Jonquel Jones, Breanna Stewart, A’ja Wilson, Diana Taurasi, and Nneka Ogwumike) for female MyPlayer characters in NBA 2K22’s WNBA career mode, The W.

The other special edition of NBA 2K22 is the NBA 75th Anniversary Edition. Its cover will feature Kareem Abdul-Jabbar, Dirk Nowitzki, and Kevin Durant, whom 2K Sports described in a news release as “three of the league’s most iconic big men who revolutionized the league over its 75 years.” This will mark Durant’s third appearance on an NBA 2K cover, following NBA 2K13 and NBA 2K15. The package will be available on all aforementioned platforms for $99.99, and it will include cross-generation access for customers who buy it on PlayStation or Xbox.

Buyers of the NBA 75th Anniversary Edition of NBA 2K22 will get a raft of additional content for their extra $20:

Finally, 2K Sports will release a special version of NBA 2K22’s Standard Edition in Japan that features Rui Hachimura of the Washington Wizards, the first Japanese player to be taken in the first round of an NBA draft, on the cover.

The special covers for NBA 2K22’s Cross-Gen Digital Bundle and NBA 75th Anniversary Edition are paintings by Charly Palmer, an artist whose work focuses on the history and culture of Black people. Palmer won acclaim most recently for “America Must Change,” a painting that was featured on the cover of Time magazine’s July 2020 issue.

“The culture around the game of basketball is vibrant and transcends geographical boundaries,” said Alfie Brody, vice president of global marketing strategy for NBA 2K. “This year, we want to showcase that global diversity via Charly’s amazing, one-of-a-kind art.”

As for NBA 2K22 itself, 2K Sports provided few details, saying only that the game will offer “best-in-class visual presentation and player AI, historic teams, and a wide variety of hoops experiences.”