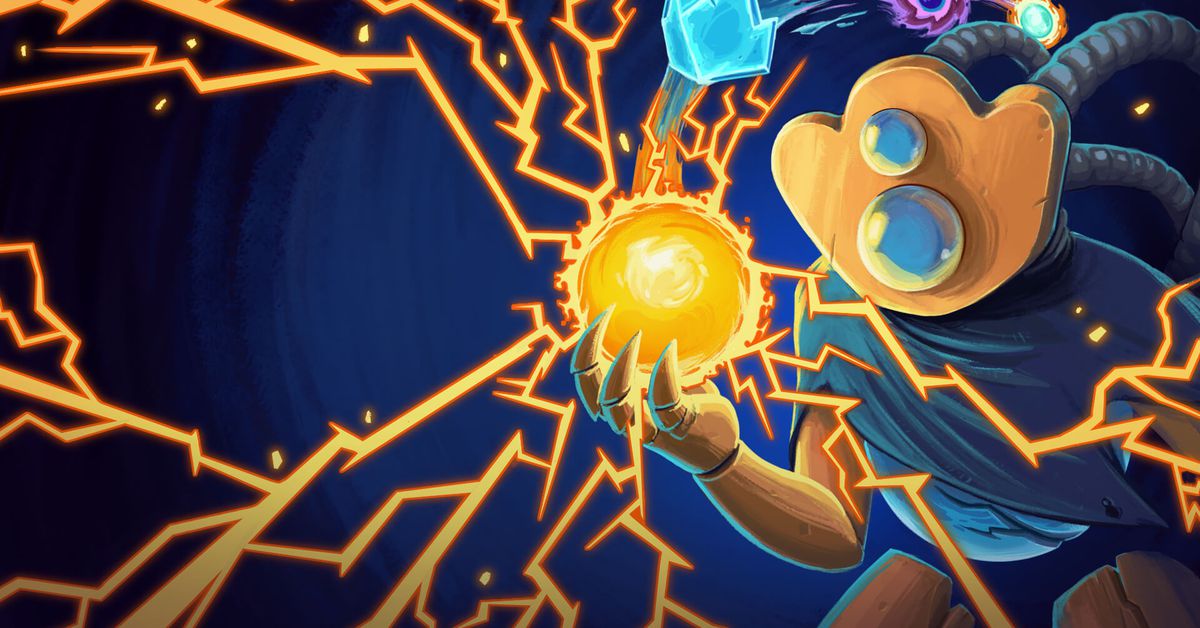 PlayStation Plus subscribers in April will get free access to three games: Hood: Outlaws & Legends, Slay the Spire, and SpongeBob SquarePants: Battle for Bikini Bottom — Rehydrated. All three will be available for download from the PS Plus hub on PlayStation 4 or PlayStation 5 beginning April 5, Sony Interactive Entertainment announced Wednesday.

Hood, by Sumo Digital, is a PvPvE multiplayer game for PlayStation 5 and PlayStation 4 that launched in May 2021. In its medieval setting, players team up to pull off heists and other jobs that, narratively speaking, strike back at and weaken the tyranny gripping the land. Hood: Outlaws & Legends was announced during PlayStation’s August 2020 State of Play and launched nine months later to middling review scores.

Slay the Spire (PS4) is MegaCrit’s highly regarded deck-building roguelite from 2019. Players take on a procedurally generated series of enemies and bosses while taking care to manage and arrange their collection of cards, as that’s where the combat action takes place. Slay the Spire was a Polygon Recommends title in 2019, and it later earned multiple nominations from the likes of The Game Awards, the DICE Awards, and the Independent Games Festival.

SpongeBob SquarePants: Battle for Bikini Bottom — Rehydrated (PS4) is THQ Nordic’s 2020 reheat of 2003’s platformer for PlayStation 2, Xbox, and GameCube. Though both the original and the remake launched to indifferent-at-best reviews, the title has a cult following and is a favorite among speedrunners. SpongeBob just appeared in Xbox Live’s Games With Gold lineup with SpongeBob’s Truth or Square, which is still available to those subscribers until April 15.