Castle Crashers maker The Behemoth said the remastered version of the game, bound for Nintendo Switch for Sept. 17, will join the PlayStation 4 on the same date.

Originally announced at the end of August, the studio said that the PS4 version of the game was in final approval processes at that time; apparently that’s all been taken care of.

“Now that this crazy new-age Castle Crashers project is finished, we get to head full force into our new projects, which means we’re dedicated to bringing you even more video games to fall in love with,” the studio said.

Castle Crashers Remastered launched for Xbox One in September 2015. The remastering ups gameplay to 60 frames per second gameplay (the 2008 original was 30 fps) and enhances the game’s textures considerably. All previously released downloadable content is included and unlockable in the game.

Although all three current consoles have the remastered game, The Behemoth says there are no plans to support cross-platform multiplayer with it.

Final note: The Behemoth shared this image to announce the PS4 version, which took me a while to recognize as DualShock 4s, lightbars aglow, staring down at the Crashers. At first I thought they were Maximilian from The Black Hole with antlers. 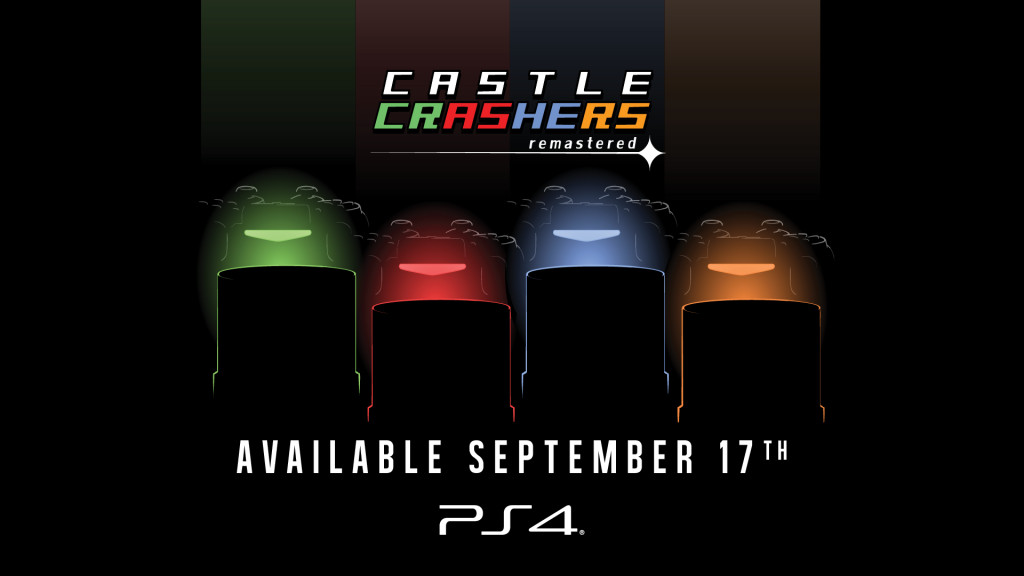