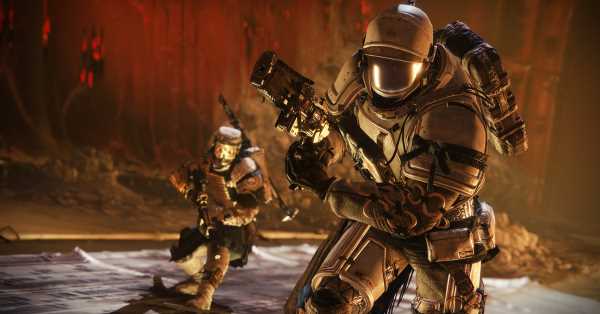 In Bungie’s first blog post of the year, the studio walked back some of Destiny 2’s weapon and armor sunsetting from late last year. Starting in February, players can re-earn some old armor and weapons in both the Dreaming City and the Moon.

Starting in season 13 — which should launch on Feb. 9, according to the in-game countdown clock — eight weapons and two armor sets will return from Forsaken and Shadowkeep. Players who already own these weapons or armor pieces will need to re-earn them in their uncapped forms.

According to Bungie’s blog post, it sounds like players can get never-before-seen rolls of these weapons from their respective dungeons — Shattered Throne in the Dreaming City and Pit of Heresy on the Moon. The armor pieces will also drop with very high stats from the dungeons.

All of these weapons and armor sets will be viable again in Destiny 2’s 13th season
Image: Bungie

Bungie finished up this section of its blog post by saying that not every weapon from older destinations like these will return to the loot pool. But with these reissues, players should have more reasons to spend time on the Moon or in the Dreaming City. This announcement comes after some major frustrations rumbling through the Destiny community post-Beyond Light.

When Destiny 2: Beyond Light launched last November, Bungie implemented its infusion capping system. Players could no longer infuse weapons that were more than a year old. Infusion is a process that involves feeding a high-powered weapon to a low-powered one, causing the low-powered weapon to gain strength. For activities that require high power levels like the raid Trials of Osiris, or Nightfalls, these older weapons became virtually unusable.

Nearly all the weapons from the Forsaken and Shadowkeep expansions saw an infusion cap in November, despite both expansions still being for sale. This caused a frustration point where new players have no loot incentives to play through these expansions, meaning they could spend their money only to get a handful of Exotic quests and no Legendary loot.

Destiny 2’s game director, Luke Smith, recently told Polygon that the studio is looking into ways to improve sunsetting. While the studio still deems it necessary, it’s causing some pain points and unexpected behavior in the community. Bungie will continue to iterate on sunsetting throughout the year.