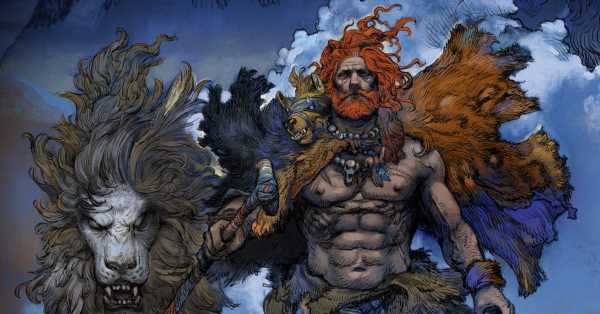 Song in the Smoke is the next game from developer 17-Bit, the studio behind titles like Galak-Z and Skulls of the Shogun. It’s a major departure for the indie developer, tasking players with surviving in a wild, fantastical forest in virtual reality. It’s also highly stylized, with character artwork from illustrator Katsuya Terada, known for his work on Blood: The Last Vampire and early games in The Legend of Zelda series.

As seen in the game’s first trailer, Song in the Smoke tasks players with standard survival game tasks: crafting, hunting, cooking, and warding off threats. But the VR game leans toward the mystical, with otherworldly beasts, mysterious artifacts, a three-headed crow, and what appears to be a very pissed-off spirit lion.

“Song in the Smoke is unlike anything we’ve done before, and it’s our most ambitious title yet,” 17-Bit founder and creative lead Jake Kazdal wrote on the Oculus blog. “The experience is so completely immersive and engaging, the forest is alive all around you in the extra dimension provided by VR. We’re thrilled to be offering an intense adventure that couldn’t be captured in any other way.”

17-Bit will release Song in the Smoke on Oculus Quest and Rift, as well as PlayStation VR, in 2021.