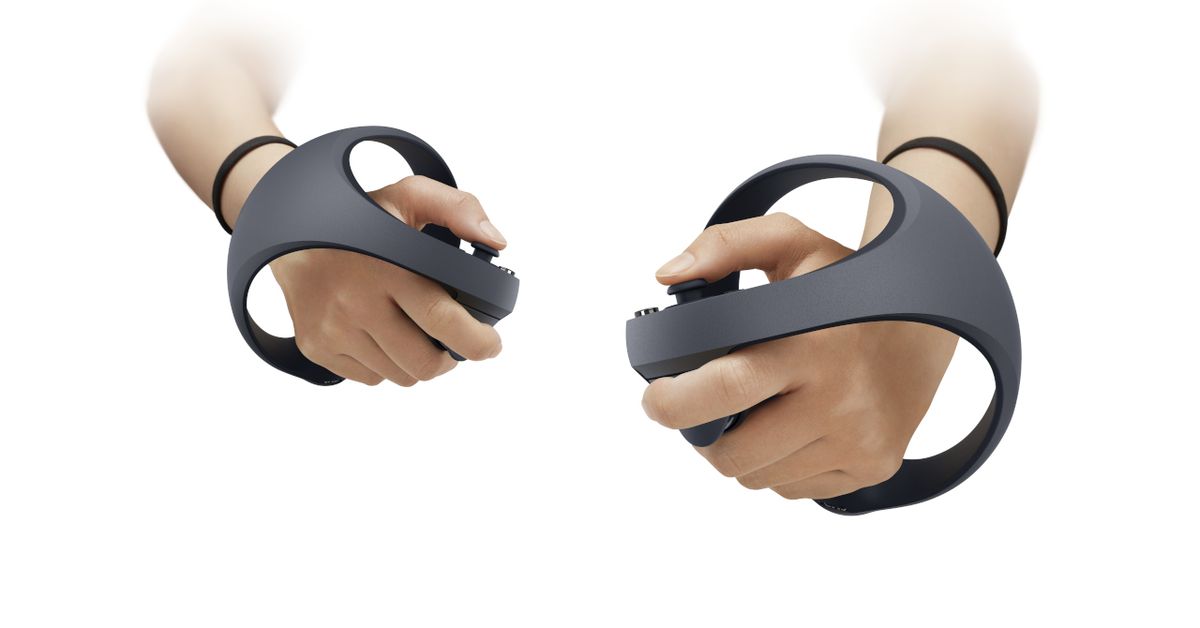 Sony gave PlayStation fans a peek at the next generation of its PlayStation VR controllers on Thursday, promising “stronger immersion with adaptive triggers, haptic feedback, [and] finger-touch detection” for the PlayStation 5 virtual reality system.

Hideaki Nishino, senior VP of platform planning and management at Sony Interactive Entertainment, described the next-gen PSVR controller as orb-shaped and offering a high degree of freedom for players. The PSVR2 controllers will incorporate technology from the PS5’s DualSense controller, Nishino said, touting “an iconic design that will change how VR games are played.”

Here are the first details from Sony’s PlayStation Blog:

Adaptive triggers: Each VR controller (Left and Right) includes an adaptive trigger button that adds palpable tension when pressed, similar to what’s found in the DualSense controller. If you’ve played a PS5 game, you’ll be familiar with the tension in the L2 or R2 buttons when you press them, such as when you’re drawing your bow to fire an arrow. When you take that kind of mechanic and apply it to VR, the experience is amplified to the next level.

Haptic feedback: The new controller will have haptic feedback optimized for its form factor, making every sensation in the game world more impactful, textured and nuanced. When you’re traversing through rocky desert or trading blows in melee combat, you’ll feel the difference, magnifying the extraordinary visual and audio experience that’s so central to VR.

Finger touch detection: The controller can detect your fingers without any pressing in the areas where you place your thumb, index, or middle fingers. This enables you to make more natural gestures with your hands during gameplay.

Tracking: The VR controller is tracked by the new VR headset through a tracking ring across the bottom of the controller.

Sony announced first details on PlayStation VR for PS5 in February, saying the next-gen virtual reality headset will offer “dramatic leaps in performance and interactivity” and “an even greater sense of presence.” PSVR for PS5 will require only one cord to connect to the system, Nishino said at the time, a major improvement over the PlayStation 4 VR headset.

The next generation of PlayStation VR won’t launch in 2021 (Sony hasn’t announced a launch date yet), but developers are currently working with early hardware.

The original PlayStation VR launched in 2016 for PlayStation 4, and a more streamlined version of the hardware was released the following year. The headset, originally priced at $399, was a comparatively low-cost, but good-enough solution for consoles, and Sony has continued to support the platform with new games over the years. PlayStation VR is currently supported on PlayStation 5, but requires an adapter to use.