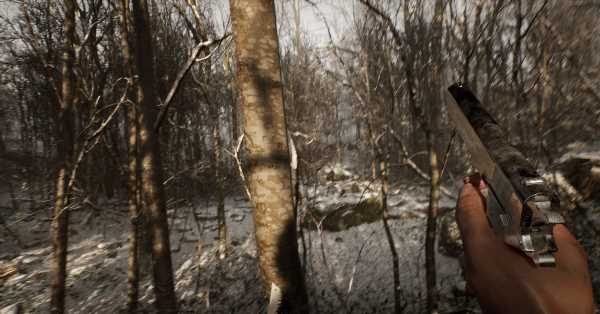 Enough people thought that, actually, that the studio was forced to address speculation that Abandoned was a stealth announcement for something else entirely and to deny Kojima’s involvement on its website.

We received several emails regarding the Hideo Kojima rumor. We have no association with Hideo Kojima nor do we claim to have any association nor was it our intention to claim such a statement. We are a small group of developers working on a passionate title we wanted to work on for a long time. We have been assisting other studios in the past with their projects and we wanted to work on our very first big project. While it is true that we’ve been working on small projects in the past, we certainly didn’t use that for marketing purposes. We hope this has clarified this matter and hope to see you all in our very first gameplay reveal of Abandoned.

But why did PlayStation fans suspect that something wasn’t on the level with Abandoned? It might have something to do with its gameplay- and detail-light teaser, which shows a man walking through a quiet, spooky, photorealistic forest, but not much else. Or the fact that Blue Box Game Studios does not have much name recognition or much of an online presence — the same for its owner and Abandoned game director Hasan Kahraman. Or the fact that Sony Interactive Entertainment published Kojima’s previous console platform exclusive, Death Stranding.

Kojima has certainly set the precedent for mysterious game announcements to ultimately become something else (e.g., The Phantom Pain by Moby Dick Studio and its made-up game director Joakim Mogren, P.T. by 7780s Studio teasing Silent Hills). But according to Blue Box Game Studios, Abandoned is what it is: a realistic survival game about an amnesiac man who discovers he’s been kidnapped and abandoned in a forest. The studio promises to reveal more and release a full gameplay video “soon.”