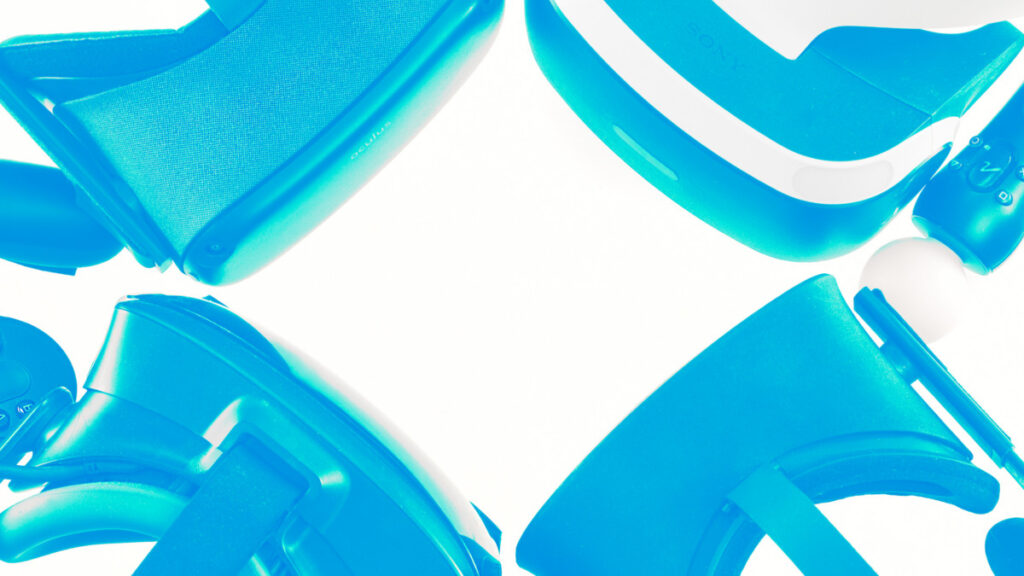 As everyone enjoyed our 2020 list of free virtual reality (VR) videogames it seemed like a good time to update the selection. There are more amazing titles to choose from, whether you enjoy a bit of adventure, teaming up with friends or taxing your brain with the latest puzzles. All without spending a penny.

A rhythm action game where you’re in the audience as anime character Kizuna performs. Hit the notes with your penlight as they fly out from the stage.

Experience life on the International Space Station (ISS). With informative videos and images from real life astronauts, learn how to dock a space capsule and go on a space walk as you get to grips with zero gravity.

Dragons are always the exciting fantasy creature everyone wants to have as a pet. In Dragon VR you have to carefully nurture a dragon egg, keeping it warm by building a fire and protecting it from a T-Rex and other creatures!

Look after all manner of creatures in this chaotic daycare centre. From feeding and bathing the animals to rather more unusual tasks like rituals and witchcraft, each creature has their own challenge to face.

A driving game where you can play your own music which then affects the environment.

A 30-minute test of fear, battling waves of monsters inside a subway station. Originally single-player, a co-op mode tasks you and a mate to try and survive this hellish apocalypse.

Part shoot ’em up and part action-puzzler, climb walls, dodge traps, fight enemies and maybe solve some puzzles along the way. Or dive into the Level Editor to create your own deadly levels.

A competitive zero-g multiplayer where you can team up with friends in Echo Arena matches, flinging disc’s around expansive environments to score as many goals as possible.

A light, casual experience which features five unique multiplayer spaces designed to help players connect. Swim through a deep blue ocean or take to the skies to gently glide through the clouds.

A local multiplayer party experience similar to Charades involving four players where the VR player becomes the puppeteer, acting out various themes and phrases using an assortment of items. Everyone else joins in via a free mobile companion app.

It might be an Early Access game but Gorilla Tag has gained a loyal following thanks to fast and frantic gameplay. The name says it all, run, jump and climb as you play tag as a gorilla, either running away from infected gorillas or being the one doing the chasing.

An asymmetrical co-op videogame where one player is in VR whilst the other plays via PC. The goal is to sort as much rubbish as possible in a tropical recycling plant.

A VR party experience where 4 players on PC are monsters who have to kill a security guard. As the security guard the VR player has to blow the ship and save the day.

Step into the bar, grab and drink and prepare for this blend VR and tabletop gaming. With over 60 cards across 2 factions, you can customise your deck to battle friends online (with cross-platform support) or against AI solo.

Unleash a whirlwind of destruction in this arena shooter which supports both solo and up to 4 player matches.

A Hex-Grid style turn-based strategy videogame with procedurally generated battlegrounds. Features 3 gameplay modes (Free For All, Team Elimination, or Capture The Flag) with online multiplayer via direct connection and offline vs AI.

King of the Drills

In a flooded world, Sam and Dan need to survive, the only problem is they’re in separate apartments opposite each other. A co-op VR title where communication and teamwork is key, work together and build a bridge towards a boat. Or in the versus mode don’t collaborate! Get to the boat first and laugh in their face!

Build a mighty tower into the clouds by exploring the island and recruiting citizens. Place them to collect wood and stone for the project and remember, the skies the limit!

Taking you to the small town of Wormwood 30 years after a catastrophic nuclear power plant accident, the gameplay mixes survival and horror elements. Use your Geiger counter to carefully navigate the dwellings and find the radioactive sources, switching to a robot to remove and deposit them at the Radiation Disposal Unit.

“A goofy tongue-in-cheek interactive heist adventure, in VR! When the job goes south and Henchman 697, a rookie employee for E.V.I.L (Evil Villains Incorporated Limited), unwittingly kills his superior, it’s up to him to finish the job before it’s too late!”

Back to the Metaverse

Help the Doc with his new experiment that definitely doesn’t involve meeting scary werewolves and other creatures. The first in an episodic VR series.

Eye of the Temple: First Steps

A fully room-scale based VR horror game using non-euclidean geometry, explore a seemingly abandoned underground medical facility armed with nothing but a flashlight and your sanity.

You better not be afraid of the dark, or the voxel monster in this rogue-lite dungeon crawler. Explore procedurally generated dungeons ensuring no two are ever the same. All filled with traps, secrets, semi-bosses and tons of useful loot.

Jump, swing, climb, and zipline your way through the Silky City as a silkworm, what else did you expect?

Know the difference between Texas Hold’em and 5-Card Draw? Then you might want to take a look at Poker VR where you can join multi-table tournaments and feel like you’re in a real casino without stepping outside the front door.

Sit back, relax and play Resolution Games highly popular fishing game. Cast a line out into one of four fishing lakes, buy new rods and lures whilst trying to catch every variety of fish.

The ultimate football (soccer) simulator where you can practice booting that ball into the back of the net. You’ll need at least one Vive Tracker to track your foot and then you can train like a pro.

Features six single-player and multiplayer modes to test those ball skills, where matches can be customized by players or played as the random ones provided. Points are awarded for consistency, trick shots, and game mode bonuses.

Gym Masters is a story-driven fitness experience where you step into a world full of fitness fanatics. This journey will see three gym masters put you to the test in a series of energetic mini-games, each focused on a body part – upper body, lower body or core.

Featuring short, medium and long trails that are around 4 minutes, 7 minutes and 14 minutes long, burn calories and enjoy some aerobic exercise in VR.

Enjoy a chilled out journey to Kenya, Borneo and Raja Ampat learning about the fascinating wildlife that lives in these regions.

Take care of your own virtual pet, a little critter called Bogo.

A social sandbox where you can create and share your own content as well as exploring others. Works in and out or VR.

Sit by the fire and roast some marshmallows or play on the guitar. But in this partly scripted, partly sandbox experience your anxiety begins to grow and strange sounds emanate from the woods. Identify them and calm down to get a good nights sleep.

Become a sorceresses’ apprentice and learn how to create spells and potions with your hands, designed to showcase the potential of hand tracking on Oculus Quest.

A special free edition of this puzzle swinging experience where you have two grappling suction cups attached to each hand. Use these to traverse a space station as quickly as possible!

A strange horrifying place filled with puzzles, darkness and a creepy creature.

A chilled puzzle title where you have to guide a ball to the goal by drawing useful objects. Plus there’s a full creative mode if you just want to doodle.

A creation sandbox and world-building tool where you can prototype and build interactive VR experiences. Google Poly and Sketchfab are integrated so you can browse thousands of 3D models to drop into a scene.

Explore a world built around a theatrical production where there are free mysteries to solve and DLC if you want to explore further.

Beat the Beat Up!

A rhythm-action videogame which puts you inside a Bollywood blockbuster. Battle waves of goons to protect a village whilst keeping an eye out for a few Bollywood easter eggs along the way.

A short, quirky VR experience all about hand interaction and the immersive qualities of VR.

Get painting in this derivative made from the open source code of Tilt Brush.

Step into the first level of the original Sonic The Hedgehog for Megadrive, where you can physically walk, jog, run and jump!

Nanoscape VR takes you on a microscopic journeywhere you can explore the surface and interior of a cancer cell.