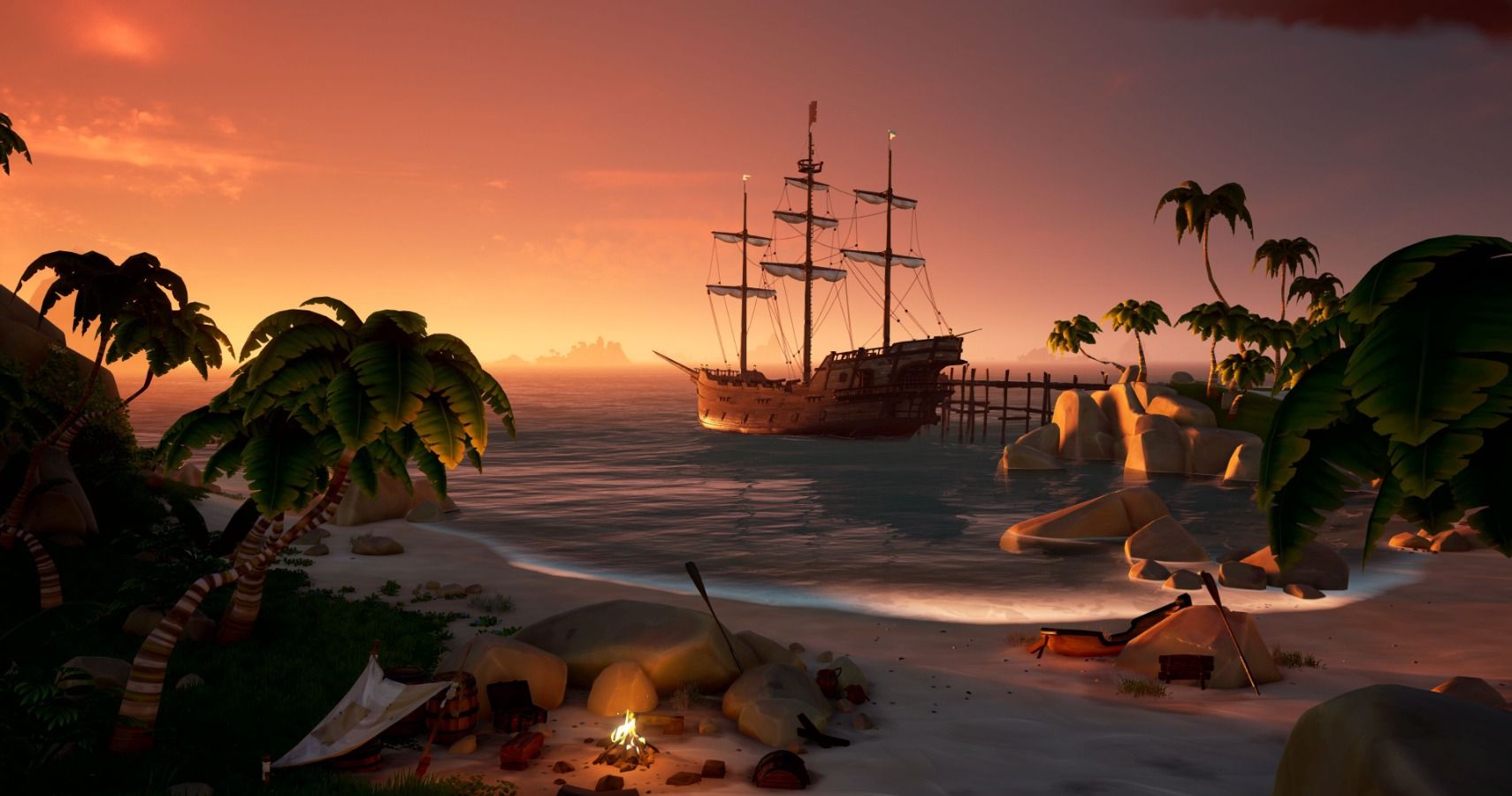 It’s a bit weird telling people about a moment you had in a video game because it’s a bit like telling someone about a dream you had. Will anyone care? Probably not. Either way, I’m going to tell you about this amazing dream I had in Sea of Thieves the other day.

I played Sea of Thieves at launch and even went to Rare’s offices and watched the studio’s incredible composer play the hurdy-gurdy in front of me. But I haven’t been back since. We’re in lockdown in the UK and there’s not a lot you can do to entertain your kids at the moment, so I’ve been finding games for me and my two boys to play together. Recently, my eldest and I have been soaking up Sea of Thieves, thanks to Xbox Game Pass.

Sea of Thieves has its issues – some of the voyages are cryptic, and trying to figure out your role among seasoned players is near impossible – but then, out of nowhere, something amazing happens and you fall in love. It usually involves catastrophe. Picture the scene. 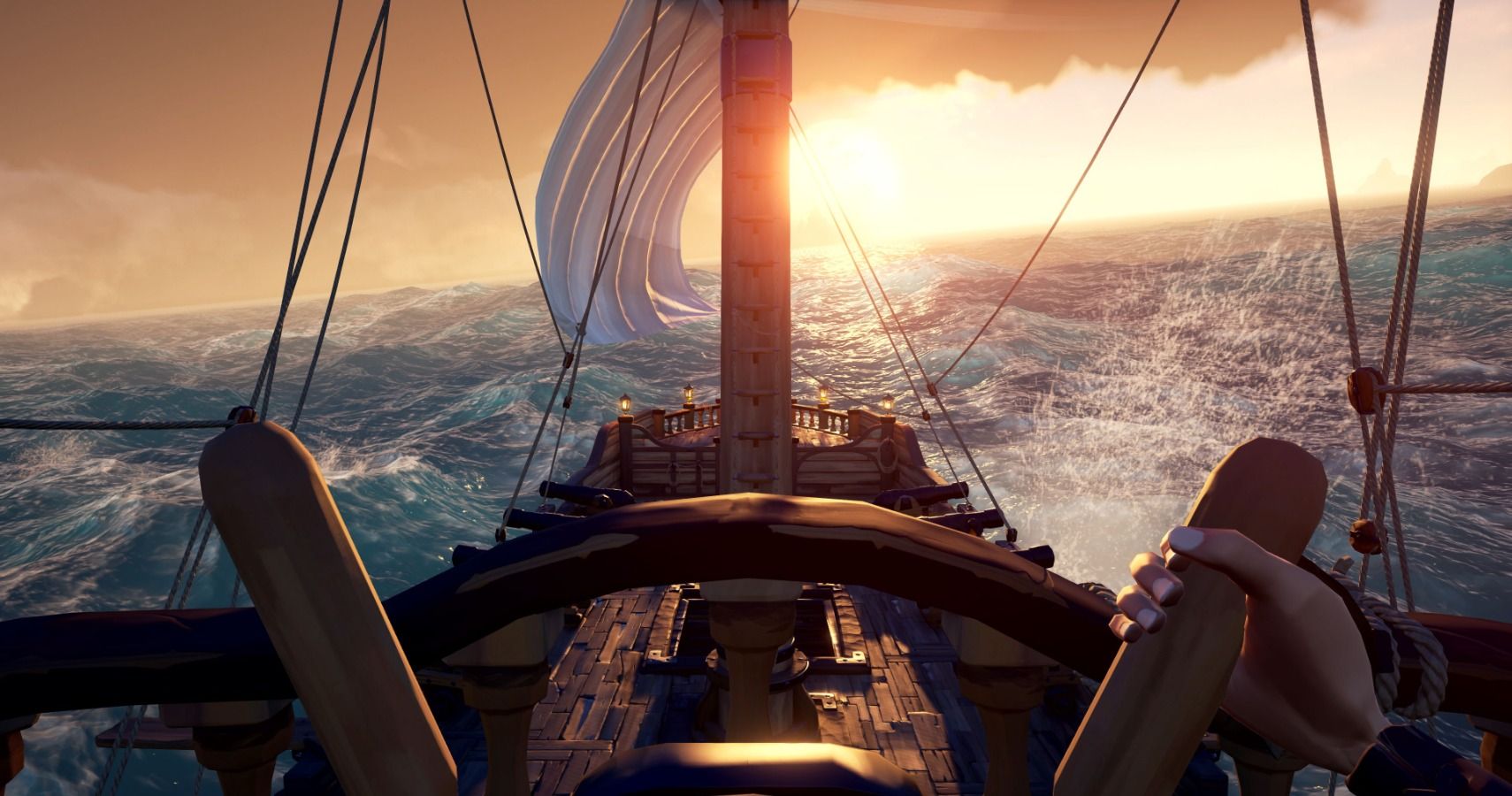 My kid and I are paired with this couple of pirate legends in an open-crewed galleon. We’d completed a voyage and turned in a massive haul. Just after turning it in, we spot a nearby battle – another player fighting a skeleton ship full of deadly NPCs. We pull down our sails and angle them into the wind to join the fray.

The battle is intense. We’re being knocked out by cannonballs, parts of our ship are on fire, and we’re desperately trying to load ammunition into our cannons. The other player’s ship goes down fast, so the skeleton ship turns its full attention on us. Our hull is like swiss cheese, and we’re constantly running below deck to patch her up and bail the water out, throwing it onto the fires consuming our deck. A megalodon shark joins in and we have to juggle our attention between that and the ship full of reanimated, angry bones.

Eventually, we take it down and it sinks below the surface. Shortly after the skeletal figurehead vanishes into the drink, seemingly endless riches bob to the surface. Chests and other assorted treasures – too many to count. We’re rich, boys. 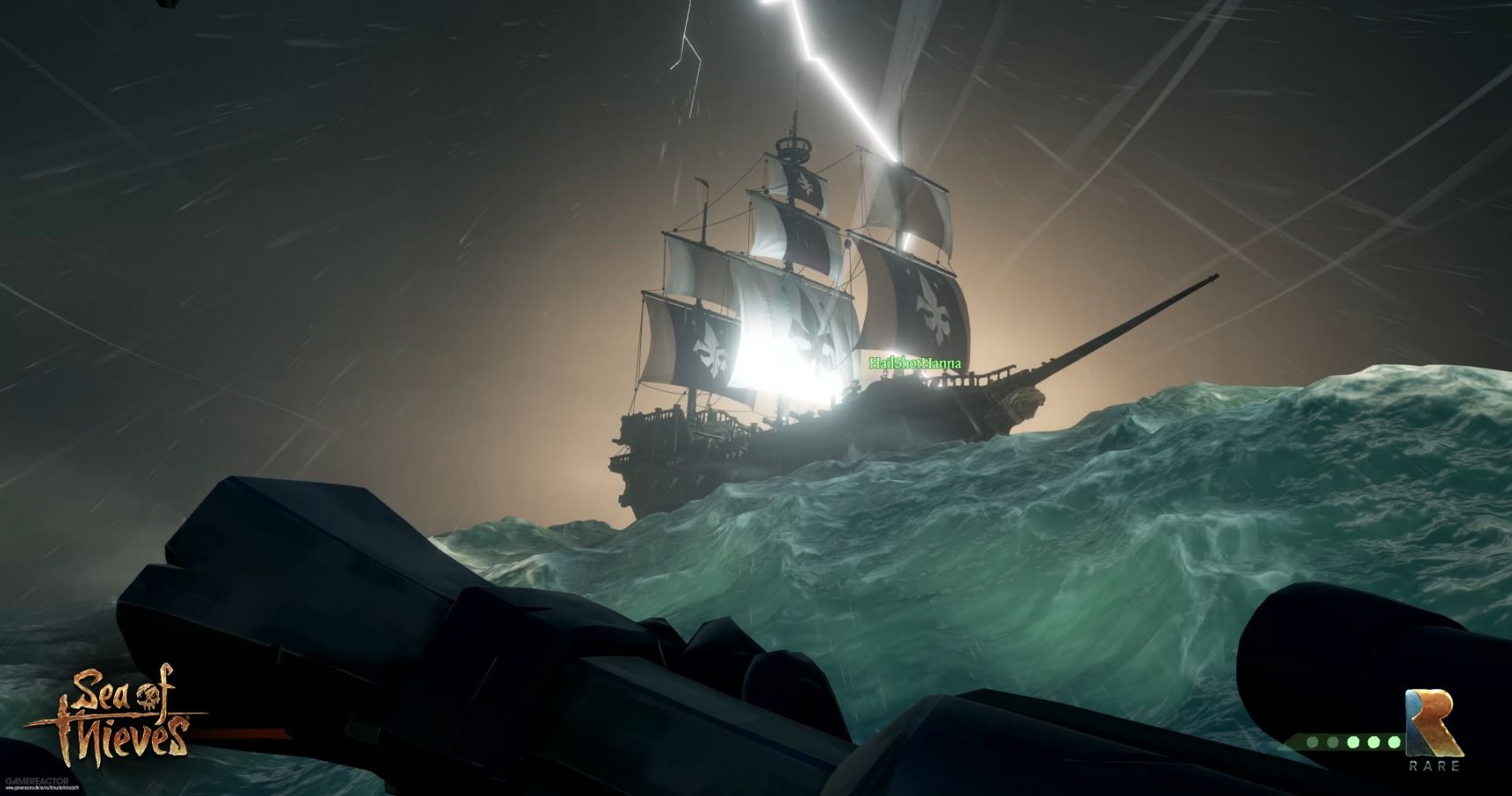 We jump into the sea, in the middle of a raging storm, and one of our crew brings our rowboat around to load the chests onto it. We’re being thrown about by the violence of the ocean, surrounded by hungry sharks who are mad about the meatless husks we just fed them. That’s when we see it: our ship, sinking below the waves. The storm must have breached the hull.

One of the pirate legends disconnects in anger, my son gets eaten by a shark and respawns miles away from us, alone and with no compass bearing. The rowboat is so full of chests that the game’s physics are behaving strangely, as me and the remaining pirate legend bob around in an angry ocean with the overgrown fish who want to eat us, desperately trying to load more treasure onto our already overloaded rowboat. 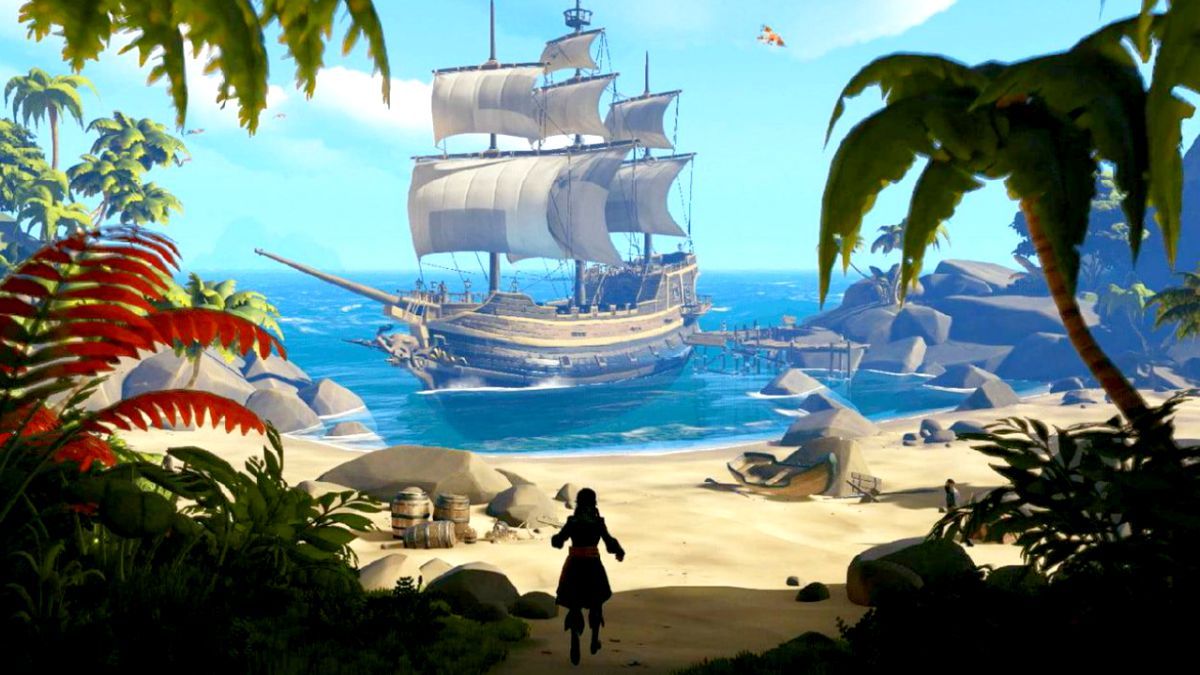 Somehow, we manage to load around a third of the treasure onboard. Even more unlikely, I manage to row us all the way to a nearby island, which happens to be an outpost where we can trade in our goods.

We trade in the goods and make a small fortune, my kid cheering us on over my private party chat. “Follow me!”

He takes me to his underground lair, which he opens up by playing music in the tavern, revealing a secret staircase. I follow him down into another tavern – a ghostly one – and we share a tankard of grog. He throws up on my shoes. “Yer my best mates,” he says, before disappearing from my life forever.

Next: Sea Of Thieves To Move Away From Monthly Updates In 2021, Focus On Bigger Seasons 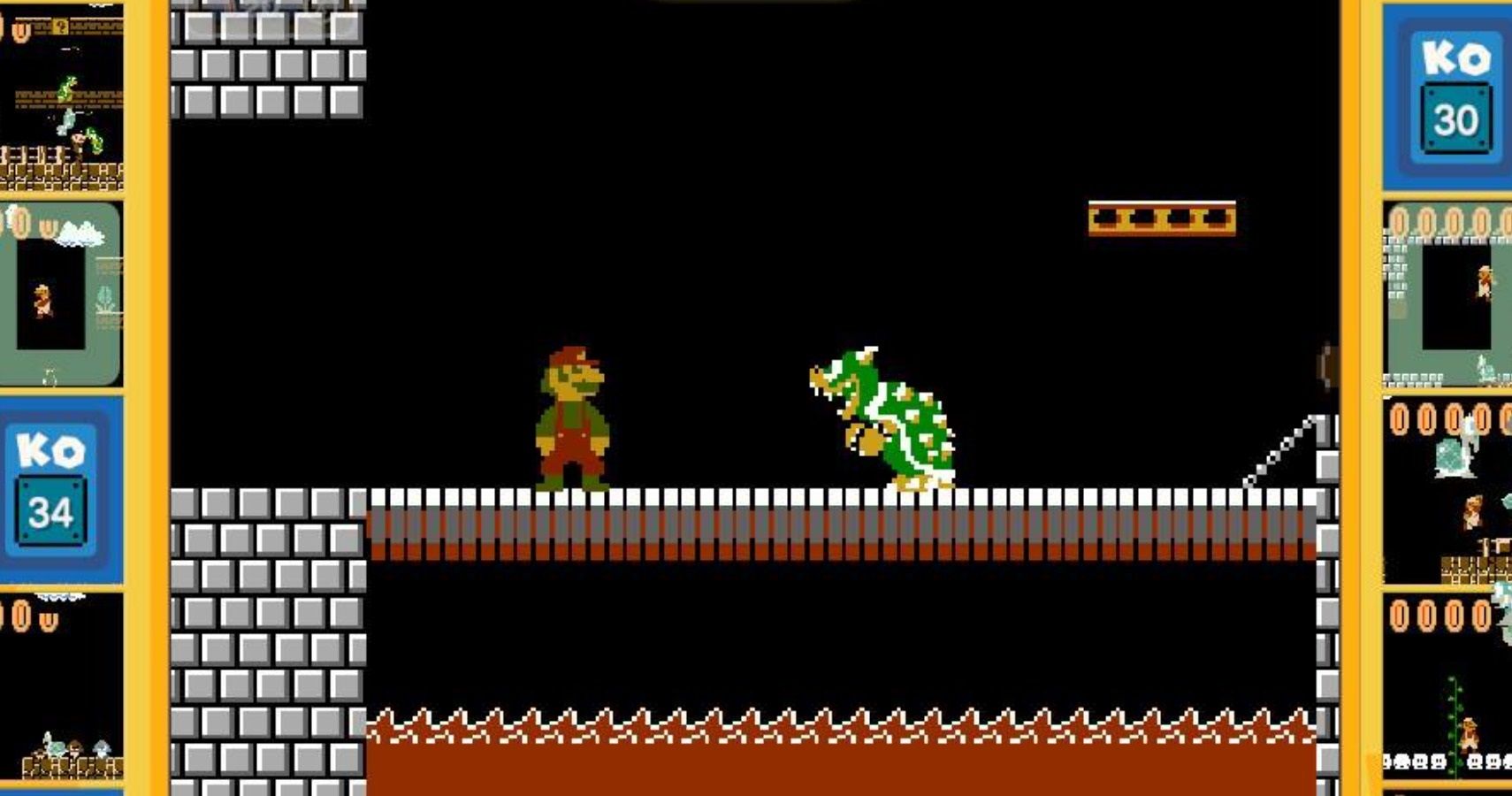