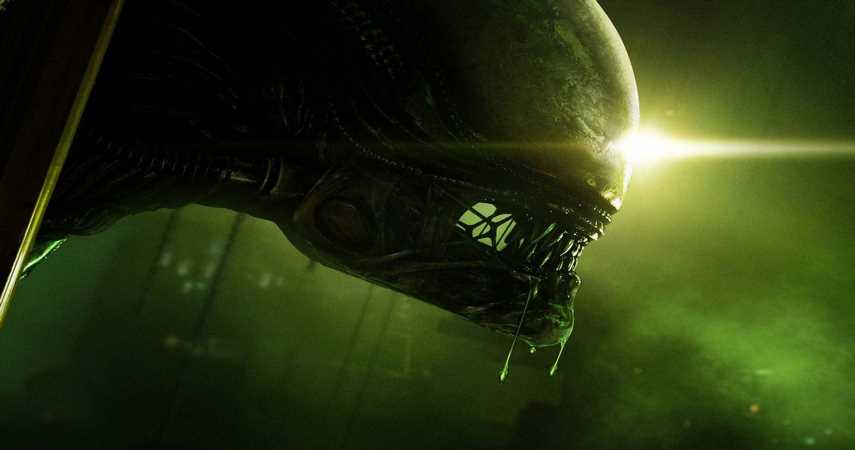 Following Alien Isolation’s recent FPS boost across Xbox Series X and S, plus Resident Evil Village whetting my appetite for scares, I’ve ventured back to Creative Assembly’s criminally underplayed sci-fi cult classic. The first-person survival horror crawled its way onto consoles and PC back in 2014, immediately cementing itself as one of the greatest licensed games ever conceived. You could throw critiques at its overlong campaign and frustrating stealth sequences, but Isolation encapsulated the horror of being stranded in space with a seemingly unstoppable monster almost perfectly, so much so that returning to it for only a few brief moments instilled in me a sense of terror I haven’t felt in years.

Isolation’s key to success sits within its name. Even though the Sevastopol space station is littered with fellow survivors and sentient androids, you are almost always torn away from them, left to explore the silent, claustrophobic halls all on your lonesome as the hope of finding your way home dwindles into a tiresome flame just waiting to be snuffed out. You’re all but doomed, the flight recorder you embarked on this journey to uncover breaking within mere hours of arriving on board. Once the Xenomorph emerges, your only objective is to survive – a tall order when you’re a defenseless space engineer.

Much like Isaac Clarke in the original Dead Space, you aren’t traditionally equipped to deal with acid-spitting aliens. Your talents sit in fixing machinery and hacking into computers, place a gun in the hands of Amanda Ripley and she’ll clumsily wave it around, struggling to pull off a headshot without the firearm flying out of her hands in a panic. All of the equipment in Alien Isolation handles in such a way, our heroine making the best of a bad situation as she learns to navigate around items and weapons she’s never had a reason to use before. 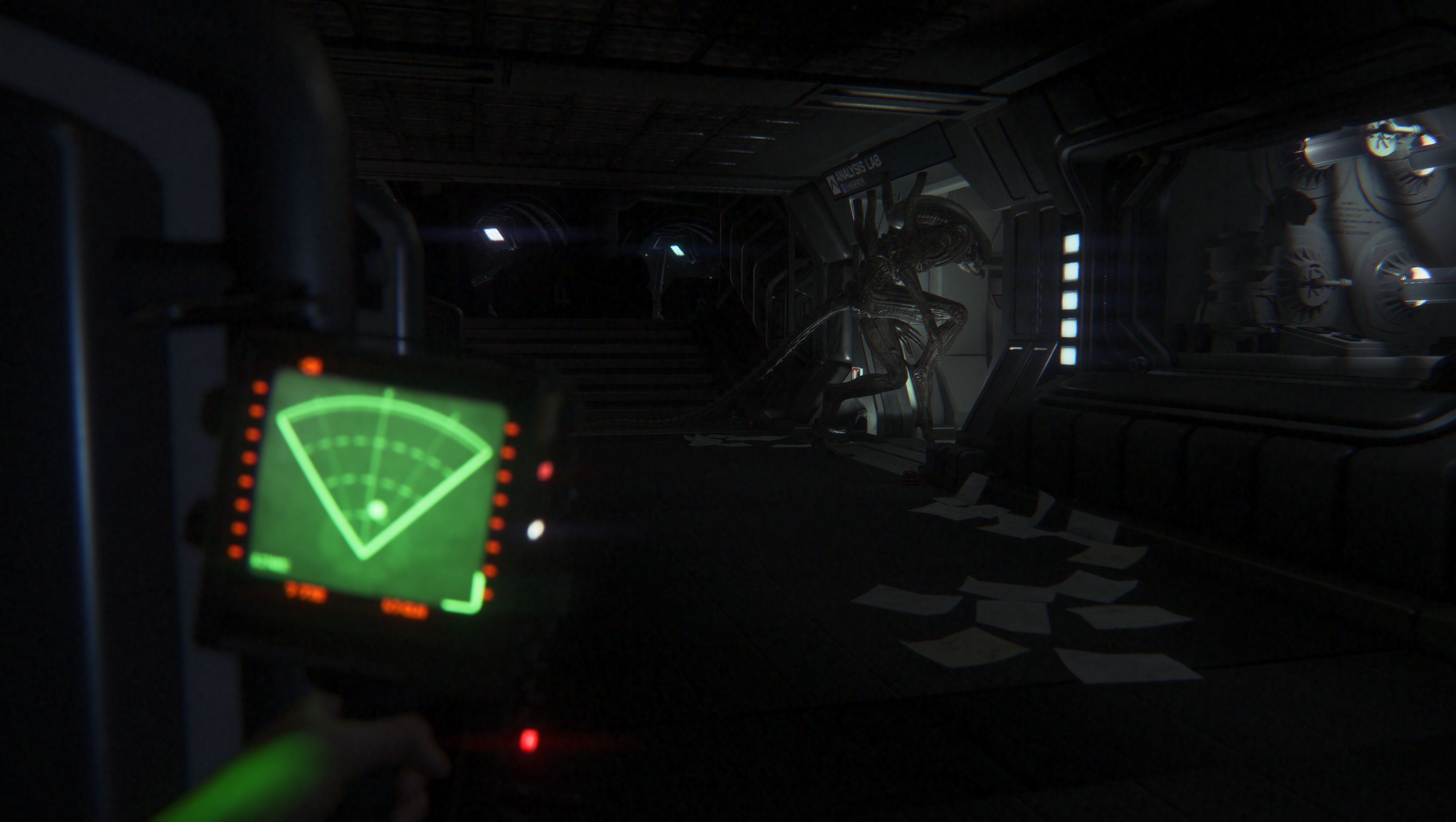 Now, it’s a desperate scramble to craft anything that will keep her alive, whether it be a finicky noisemaker or a flare she’s found hidden amidst the wreckage. Sometimes these items are useless, and it’s best to just sprint and hope the monster that hunts you isn’t able to catch up. Chances are that it will, and you’ll be met with a tail piercing through your stomach as the screen morbidly fades to black. Death is part of the experience in Alien Isolation, learning how to stay alive with a mixture of creative item usage and stealthily navigating your way through the station. I spent much of the game crouched, peeking over desks and down corridors hoping that something wasn’t going to jump out and murder me. You’ll often find nothing to greet you, which is a part of the game’s utter brilliance. The atmosphere is so palpable, the world building so immaculate, that your insecurity becomes almost constant, afraid that you’re forever being stalked with no conceivable escape.

Creative Assembly’s dedication to recreating the tone and execution of the original film is stupendous, so accurate in its depiction of a futuristic space station that is still worn down by relatively archaic technology alongside the abrasive bleeps and bloops that made the Nostromo so groundbreaking all those decades ago. It feels like a real place, one that many called home until they were forced to tackle the force of an unknown threat. The studio had access to all of the franchise archive as reference materials, and it absolutely went to town with them. Isolation’s oppressive colour grading, unusual filtering, and masterful depth of field makes it feel like you’re playing through an ageing VHS, waiting for the picture to cut out so you don’t need to live through anymore of this nightmare. 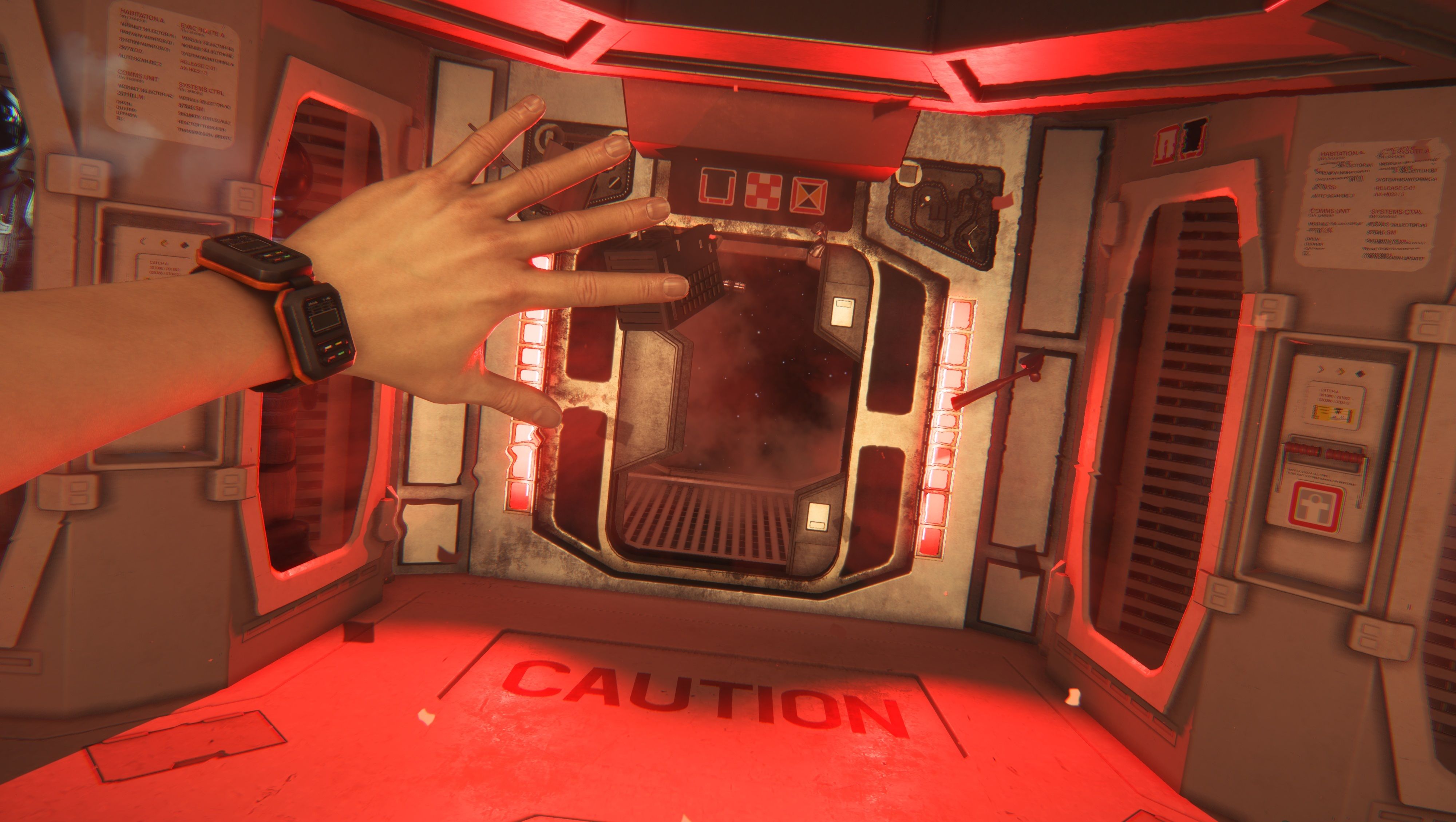 While I can’t be entirely sure this is the case, Alien Isolation could have been the catalyst for Capcom to pursue a first-person direction for Resident Evil 7, with the soft reboot focusing on a number of enemies who could stalk you throughout the game, echoing the relentless pursuit of the Xenomorph amidst the Sevastopol. The slice of licensed brilliance was an accidental trendsetter, and arguably hasn’t received the respect it truly deserves all these years later. Now, I’ll be the first to admit it has a few flaws that could be ironed out. Its user interface can be cumbersome, and the campaign is far too long, its final hours growing the alien threat to such large proportions that the initial anxiety of being hunted by a singular creature is significantly lessened. I assume the aim was to magnify the threat as Amanda is forced to make some tragic decisions, but in reality it only serves to diminish the overall tension.

But these flaws aren’t nearly enough to drag it down, it still sits alongside the likes of Silent Hill 2 and Resident Evil 4 as one of the greatest examples of survival horror out there. At its core – Alien Isolation is capable of pure, unbridled terror. The save system isn’t even safe from the Xenomorph’s clutches. It all happens in real time, requiring Amanda to insert a card into a cumbersome machine and hope it acknowledges her presence before enemies descend upon her. The alien’s footsteps are heavy and deliberate, like a crescendo to your own oblivion as they grow louder and louder as you turn around and realise it is far too late. Games rarely make me squeal in front of my television, but Isolation manages time and time again. Perhaps I have a nostalgic connection to the original film that makes this fear almost eternal, ensuring I’ll always quake in my boots whenever the Xenomorph rolls around.

I’m not sure we’ll ever see a sequel, or if Creative Assembly will dip its toes into survival horror once again in the years to come, but I truly hope it does. Alien Isolation might have been lighting in a bottle, but if there’s any chance of replicating that, I hope they give it a try.