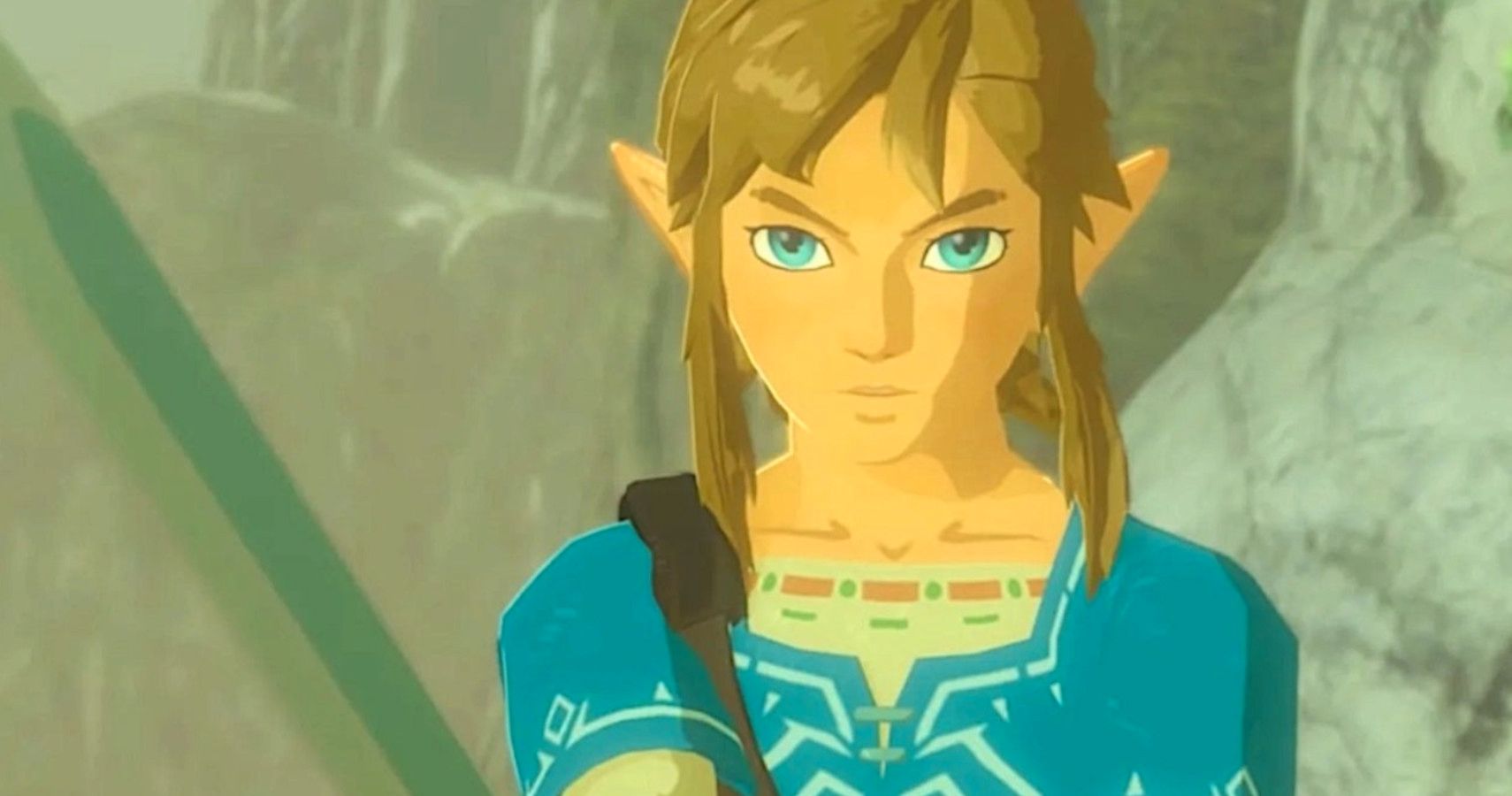 The grand finale of today’s Nintendo Direct showcase was the first gameplay trailer for The Legend of Zelda: Breath of the Wild 2. The game is “aiming” for a 2022 release date, which probably means 2023 if we’re being honest with ourselves, so this might be the only tidbit we get for the foreseeable future. Naturally, I’m going to over-analyze every single frame of the trailer looking for any clues about the story and details about the gameplay. Maybe I’ve already watched it too many times, but am I crazy for thinking there’s two completely different Links in this game?

At the start of the trailer, Link is shown falling from a great height and we see that he has a completely new look. His long hair is down, gloriously blowing in the wind. He’s wearing a beige tunic with an exaggerated green sleeve on his left arm. His right arm is exposed and looks like it’s been replaced with a synthetic arm, possibly made of Sheikah technology. He’s also wearing sandals. We get a few more shots of Link gliding and running along floating islands in the sky before we get our first look at some moblins and a stone talus as Link glides by. 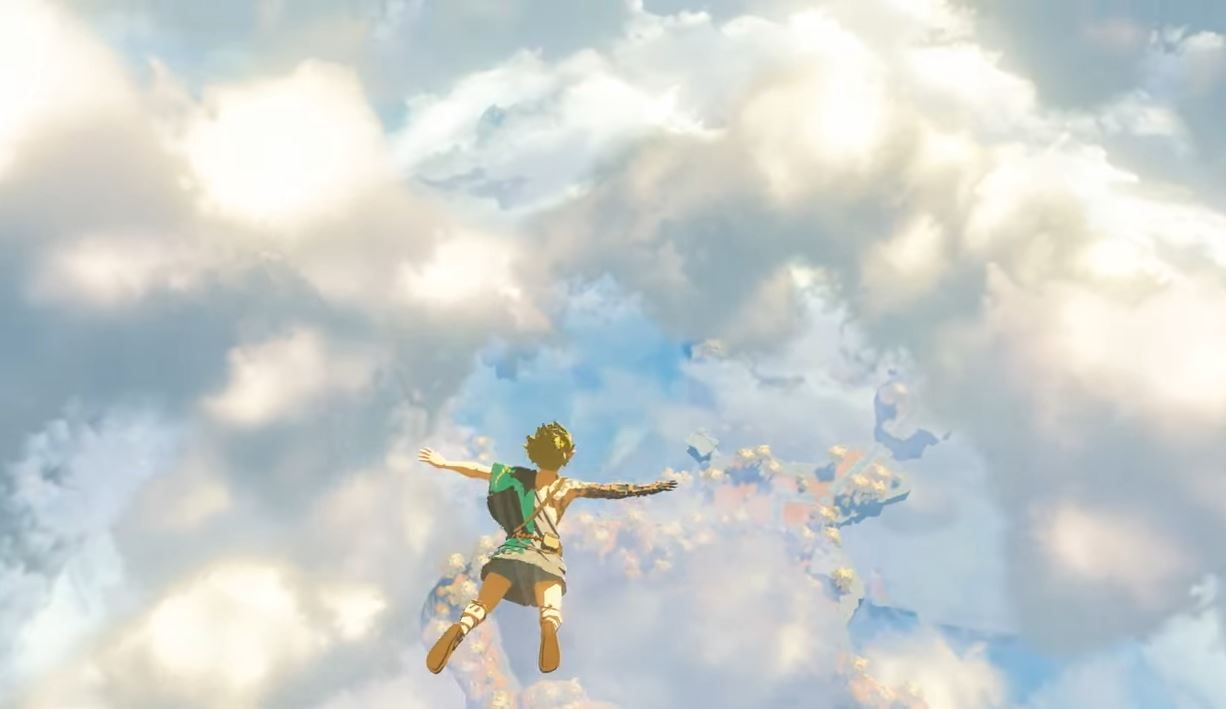 But wait, THIS is the Link from BOTW. He’s got a blue tunic, a ponytail, and he’s wearing boots. If he’s got a weird arm, it’s impossible to tell because both hands have gloves. This is the Link we know and love from Breath of the Wild, so who’s the other guy? 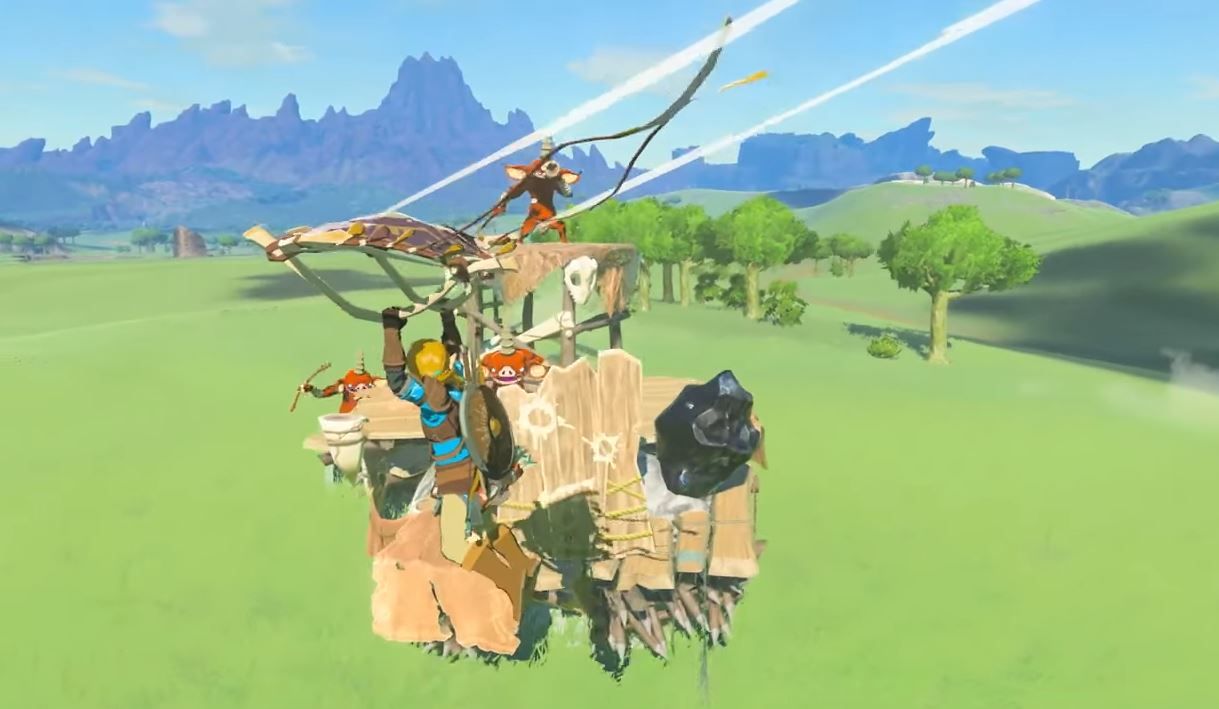 A person with a normal brain would probably reason that these are cosmetic differences based on the gear you equip Link with, and that Nintendo likely chose different looks for Link in the trailer to make it more dynamic. That’s a perfectly reasonable theory, but it seems to me that evidence points towards something more significant about these two distinct Links.

Every time we see Link with his hair down, he seems to be traveling around on the floating islands. Likewise, Ponytail Link is always shown on terra firma. Sky Link gets all of the shots that feature exploring and flying around, while Ground Link is always featured in combat. If nothing else, the trailer indicates two distinct types of gameplay whether you’re on the ground or in the sky. But the distinct look that each Link has, combined with them being separated into different environments, makes me think that these might actually be two different characters.

It’s well known that Zelda games take place on a complicated branching timeline. Canonically, Breath of the Wild takes place in a far future era, long after the events from previous games have become myth. BotW makes plenty of references to previous titles with its regions and towns, but doesn’t outright confirm that any of them exist in the same timeline. What if Sky Link is actually Link from a different timeline? The obvious connection one could make would be to Skyward Sword, which BotW is thematically pulling from for its floating islands. Maybe BotW2 will merge the disparate Zelda timelines into one cohesive Zelda history.

It wouldn’t be the first time we’ve seen multiple playable Links in the same game either. Ocarina of Time features two distinct timelines where players alternate playing Link and Young Link. We may see the return of a “split world” system like the one from A Link to the Past or Oracle of Seasons/Ages. This could explain why Link looks so different in each version and why we can’t see the sky islands when Link is on the ground. Perhaps Skyworld is from a time before the Great Calamity, and Sky Link is the past version of BotW Link.

It’s a leap, certainly. But with nothing more than a short trailer to hold us over, it’s worth turning over every stone to see what might be waiting for us when Breath of the Wild 2 launches next year (or the year after).