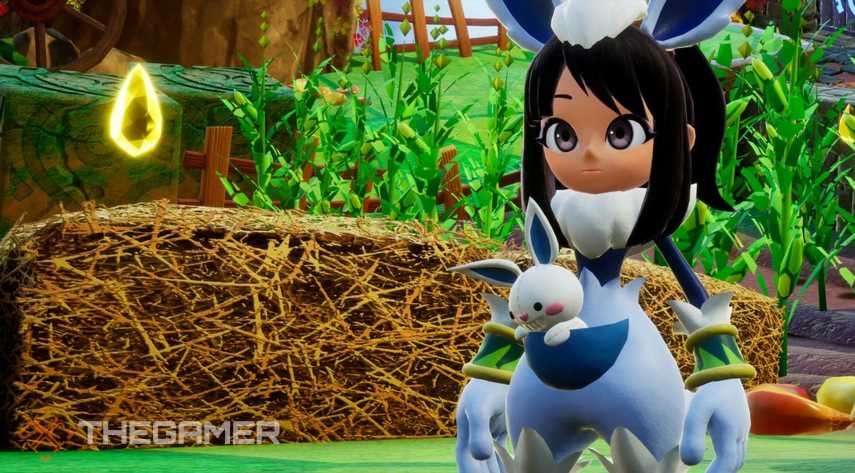 I wanted to love this game. I really did, because Balan Wonderworld is a jazz-clad call back to the classics with oodles of Spyro and Mario inspirations, a charming JRPG aesthetic, and a wealth of beautiful set-pieces. However, it’s a janky mess that feels stiff and awkward. It’s a step back in almost every way for platformers, and when it touts itsPS4 bells and whistles on the PS5, that’s a hefty contradiction.

Balan Wonderworld follows the typical formula: collect gems, gather collectibles to access new levels, and use power-ups to gain new abilities. These are the kind you’d find in Mario. They change your wardrobe and give you a unique, fitting power, but there are far too many of them, and it can get a touch overwhelming when you break that 50 barrier. Imagine Mario with that many variants of mushrooms. Earlier on, these are useful and quaint – they feel like they have value not unlike the Tanuki or Fire Flower, whether you’re becoming an itsy-bitsy spider that can scale webs or a vine-robot that can stretch up to higher places. The problem is that these quickly ramp up to redundant inclusions, like with the one that turns you into a box. Focusing on a select few and really working to perfect them and their unique interactions within levels would’ve gone a long way instead of throwing out as many ideas as possible, hoping some would land.

A key difference, however, when compared to Mario, is that you can swap these in real-time without getting rid of your current power-up, allowing for you to tackle different obstacles in one run. The ability to save them into your wardrobe also means there’s value in backtracking as you can go to earlier levels and find new hidden paths. That incentive to retread old ground was certainly refreshing, as it was less about arduous collectibles for the sake of trophy hunting and more for actual, tangible progression. In that regard, the costumes worked, but as I said, had they perfected a handful rather than coming out with 80, then these moments in levels would have had so much more polish and would be all the better for it. Each ability and its respective interactives in levels feels surface-level at best, never truly getting nuance, depth, or complexity in design. 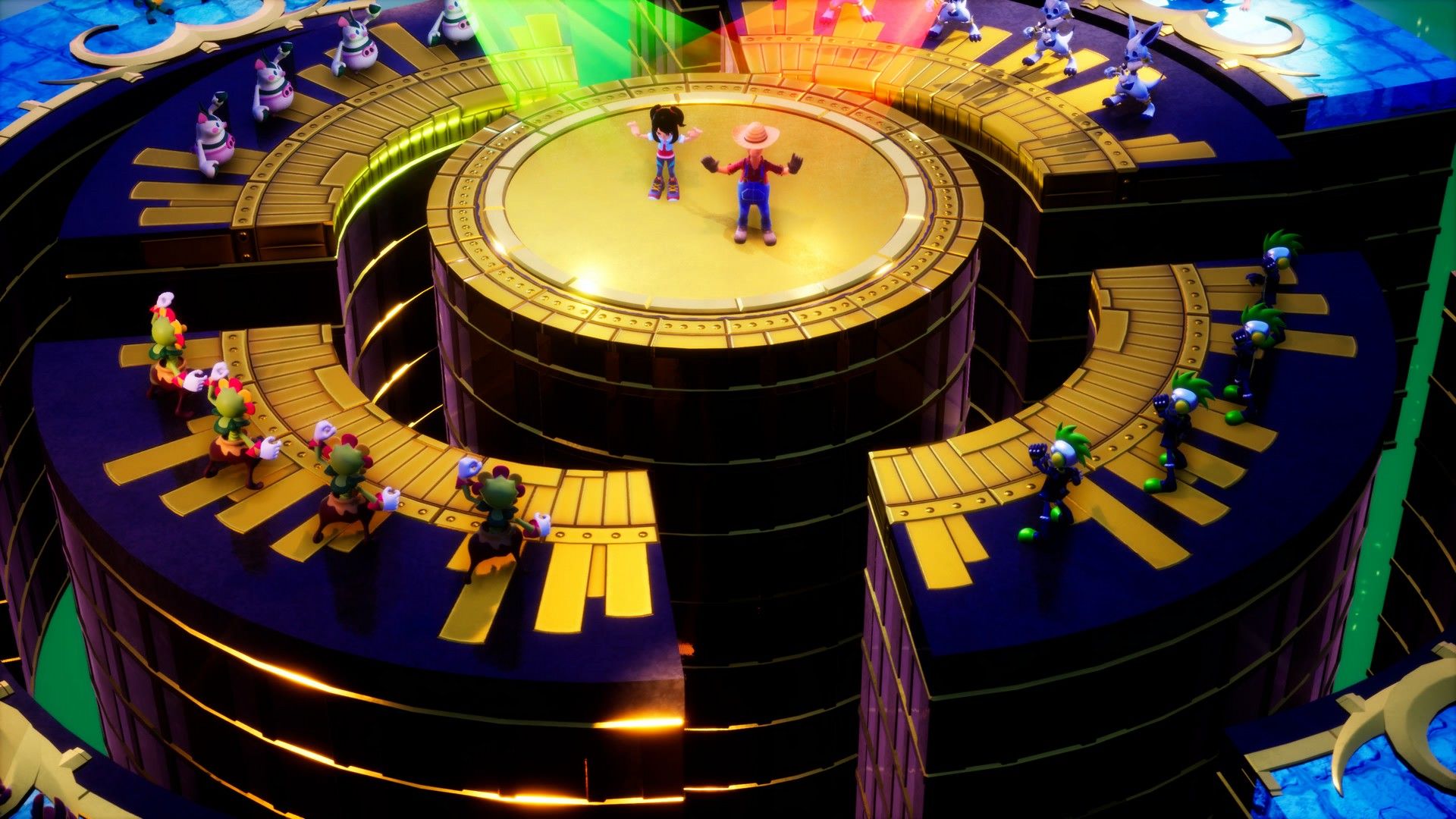 But let’s talk janky mechanics, because that’s the biggest issue, not the overabundance of costumes that you can find in your carousel of a wardrobe. Every button-barring two are used for jumping and so, if one of these outfits has an attack such as with the dragon, then you’re going to be limited as you will no longer be able to leap. Not jumping in a platformer is a bold choice, but it just means you’ll be cycling through power-ups back and forth not for the abilities but to have the option to simply get up a small ledge – having to go through that clunky, obtuse rigmarole just to jump in a platformer of all things is a terrible design choice that actively works against Wonderworld.

What’s more, there’s absolutely no flow. You can’t get on a roll and leap from point to point in perfected timing, and everything is so set in stone. There are no variables whatsoever, no built-up speed, no sliding, no life to anything the character does. Your jump will take you up and then back down, lending to Wonderworld’s incredible lack of rhythm, a contradiction considering its beautiful score. It’s not just the flow of movement that’s a problem, but the actual responsiveness – one of the costumes lets you summon a bubble to ride over ledges, but this often popped prematurely, killing me, removing that ability from my roster altogether. Alternatively, it sometimes didn’t activate at all, and not being able to rely on abilities, especially when there are 80 of them, makes taking risks all the more unfair, and nothing kills a platformer more than a lack of fairness in its design.

Issues also extended to the menu. There’s no back button in the UX. Instead, you have to scroll down to an option for it. It’s unintuitive, archaic, and makes navigating the settings a chore. Muscle memory actively works against you, as pressing what typically would send you back a page will suddenly enable an option or send you to another, new page. Besides these issues, which you can get over in time, the main game isn’t terrible. There’s a certain retro charm there that’s been tapped into, even if it’s a little too authentic – you could play this on a joystick with one button. 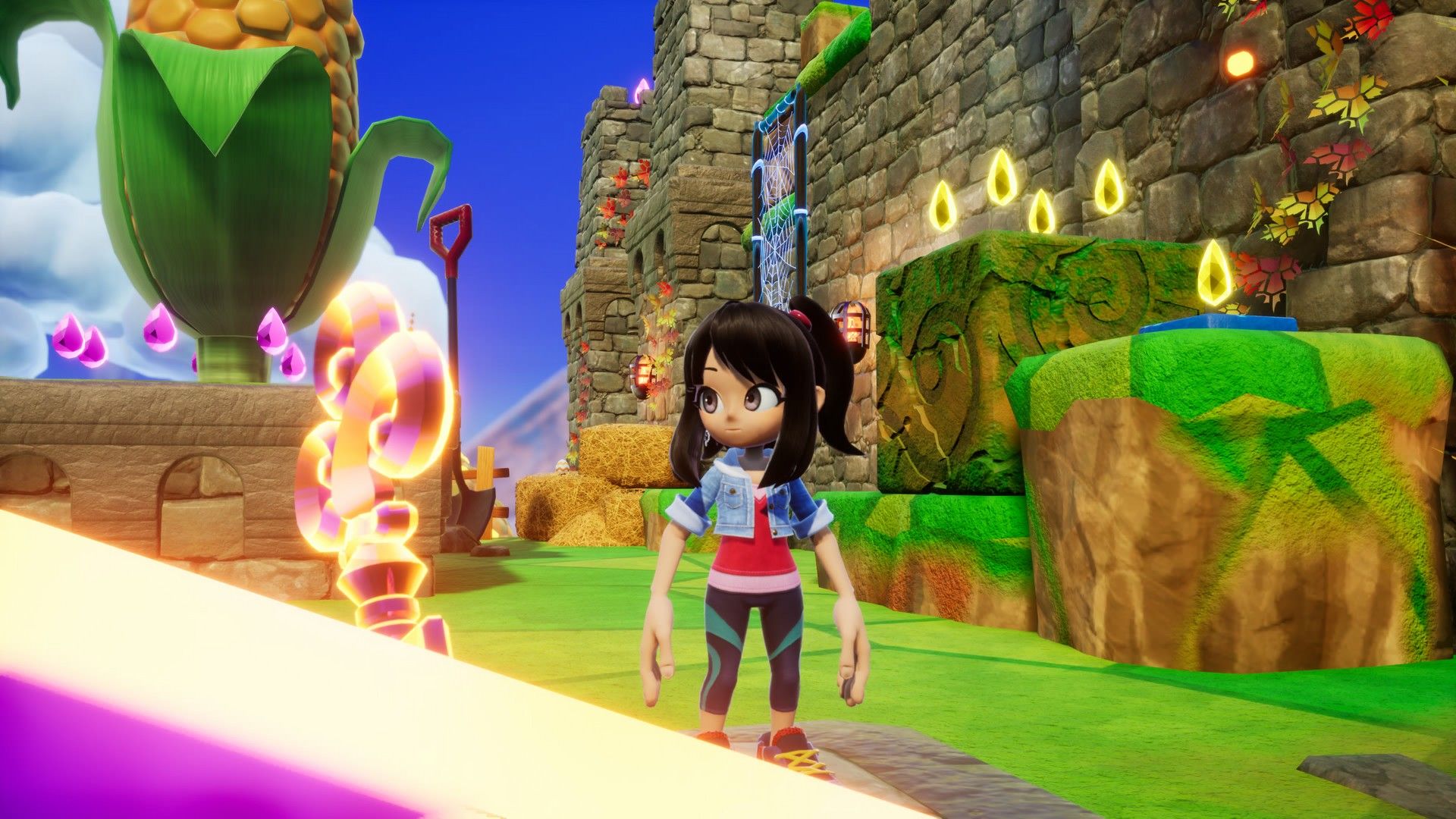 It does feel like the original Spyro, and a touch chibi JRPG. The cutscenes go all-in, which makes defeating the bosses a rewarding experience, like earning that ten-minute respite in a Yakuza game when you wrap up a chapter. The very first boss’ death launches you into a musical number with a hilariously stereotypical farmer in his straw hat and dungarees. The actual aim of Wonderworld, however, is to unlock new worlds, collecting statues that feel like the frozen dragons of Spyro, while the boss fights are typical Mario, often taken down in intervals of three stages. One has you flinging back the projectiles they hurl your way while you run on a self-building treadmill. If retro is your thing, then there’ll be some value in Balan Wonderworld, but if not? Maybe stray away.

That being said, it’s worth diving into for visuals alone. The chibi art style is adorable and certainly elevated the visuals beyond the typical cheery Unreal Engine 4 vibe to something much more, and the variety of costumes, while the amount makes it a huge game of hit-or-miss, brings a new level of diversity to the character themselves. The environments are rich with color and grandiose background set pieces that are both gorgeous and unique, varying from a fungal-ridden forest slapped together with a library to a runic purple hellscape that’s both magical and wholly intimidating. There’s even a shipwreck in a coral-reef-ridden set of ruins that screams of Atlantis, albeit floating in the sky with the clouds on your level, a mishmash of mythological beauty. If only these areas were more interesting to traverse and explore.

The music is as diverse, and I often found myself just sitting back, taking it all in, because the second I picked up the controller, the magic clashed with how stiff the character was. That toppled with awkward controls that often stutter or outright don’t work, and Wonderworld fails in the most important part of any platformer – movement. 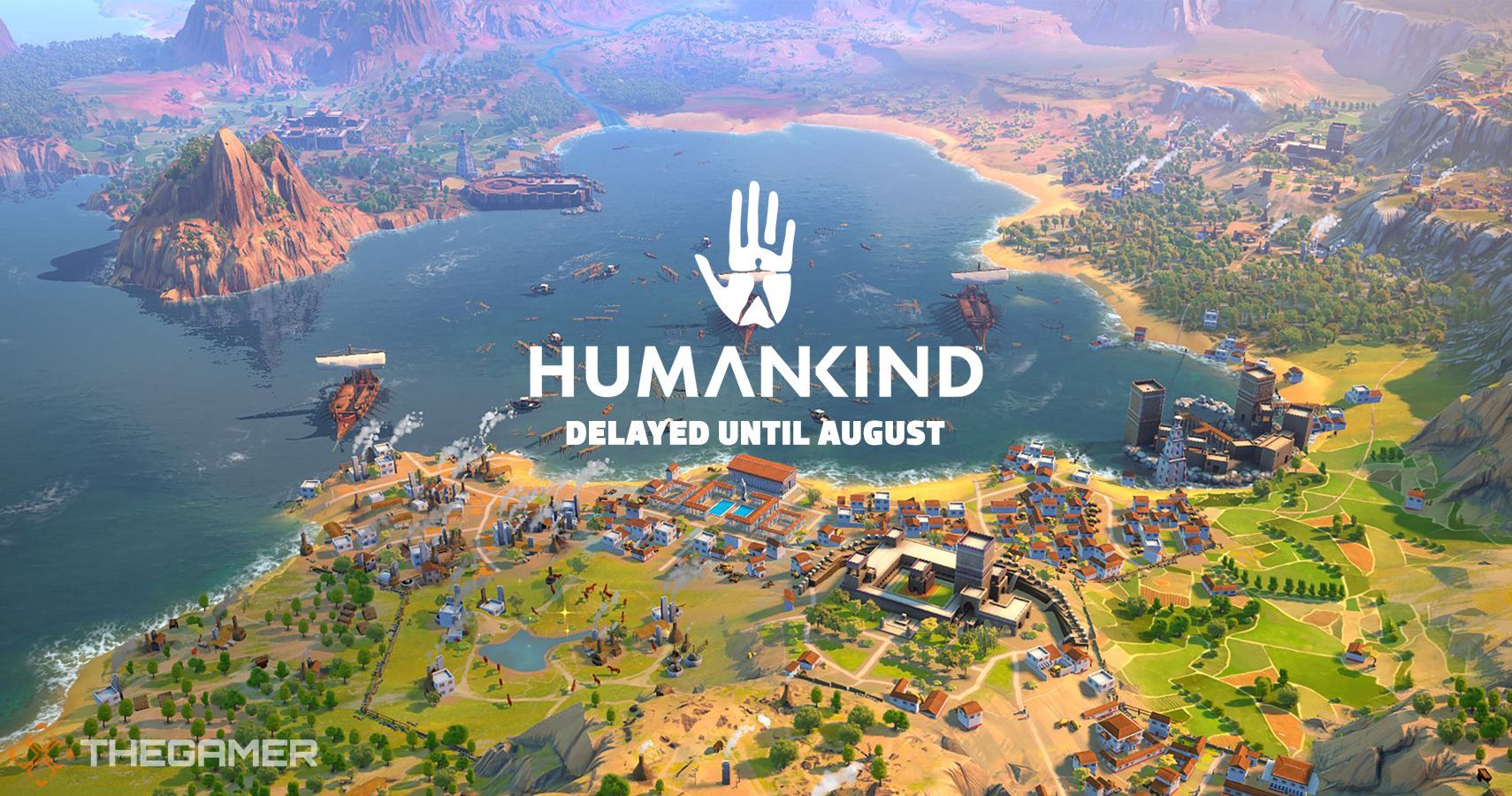