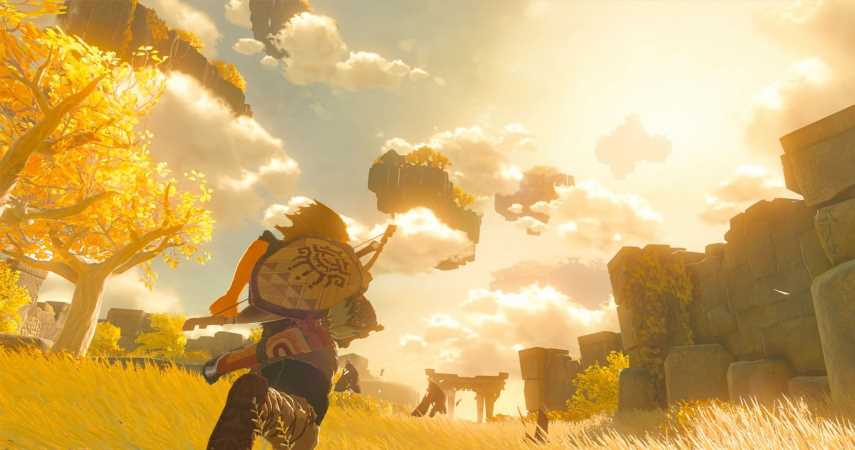 The latest trailer for Breath of the Wild 2 is less than two minutes long, but that hasn’t stopped me and my colleagues at TheGamer from poring over every frame in search of potential plot details, environmental clues, and whatever else we can find that provides an idea of where this sequel might take us. We’ve come away with an avalanche of theories, many of which will likely crumble into dust long before the game’s eventual release, while others might hold water, providing a greater glimpse into the world we’ll be exploring in 2022.

We’ve talked about the two incarnations of Link present in the trailer, how the setting of Hyrule appears to explore some manner of time travel, and whether or not Zelda will be stuck at the bottom of a hole as we journey off to save the world again. There’s so many potential directions for Breath of the Wild 2 to expand off into, or whatever it ends up being called, since Nintendo is yet to unveil the game’s official subtitle because it contains spoilers. Putting all the batshit theories aside, one piece of concept art might hold the answer to one of this sequel’s biggest mysteries.

You can see it for yourself below, but the concept art features Link being taken over by some form of curse or parasite. Much like his arm in Breath of the Wild 2, he seems to have been imbued with some form of ancient, mystical power that provides him with new abilities while slowly taking over his physical being. Now, the finished article in the upcoming game appears far less aggressive, but features many of the same hallmarks seen in the aforementioned art. Link (if that’s who he really is) can use the powers provided by his arm to morph through the environment like a ghost, or potentially turn back time to reverse his death and use the laws of physics against unsuspecting enemies. 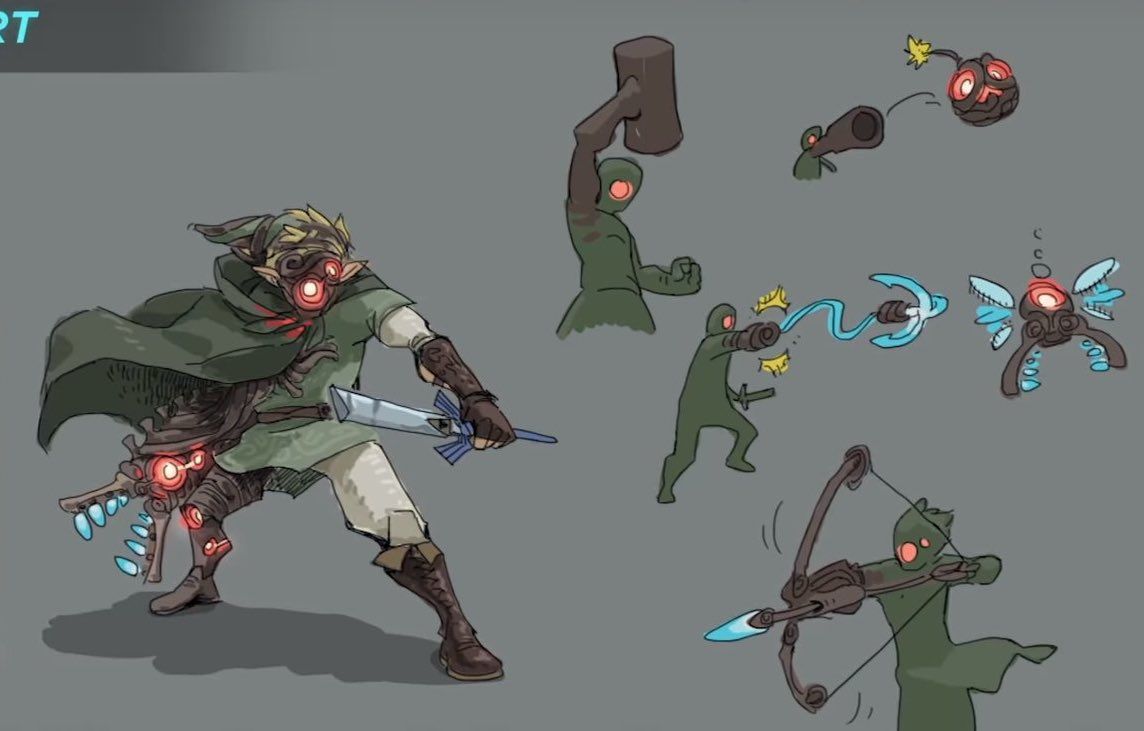 The art also depicts Link being able to transform his phantom limb into a series of tools such as a hammer, cannon, bow, hookshot, and even a weird creature with teeth. It’s organic in nature, and Link gaining the ability to transform his newfound arm into a variety of items would be a brilliant idea. Much like the finely tuned selection of powers in Breath of the Wild, its successor could do something similar, providing abilities that can be used in every situation but can also be applied to solve puzzles and beat specific foes.

Some of my colleagues have predicted that Link’s new arm is some form of corruption, a curse that will slowly take over his body as the campaign progresses. It could lead to his face becoming distorted as he comes to realise that the mysterious evil must be stopped or he’ll be stuck like this forever, having no way to save Princess Zelda or the kingdom he calls home. I’m also convinced this skybound version of Link is actually Ganon, or someone else who is resurrected to help vanquish whatever has befallen Hyrule. The trailer has too many crafty edits and imaginative angles engineered to hide things that there is absolutely something more going on here, and I can’t wait to find out what it might be. 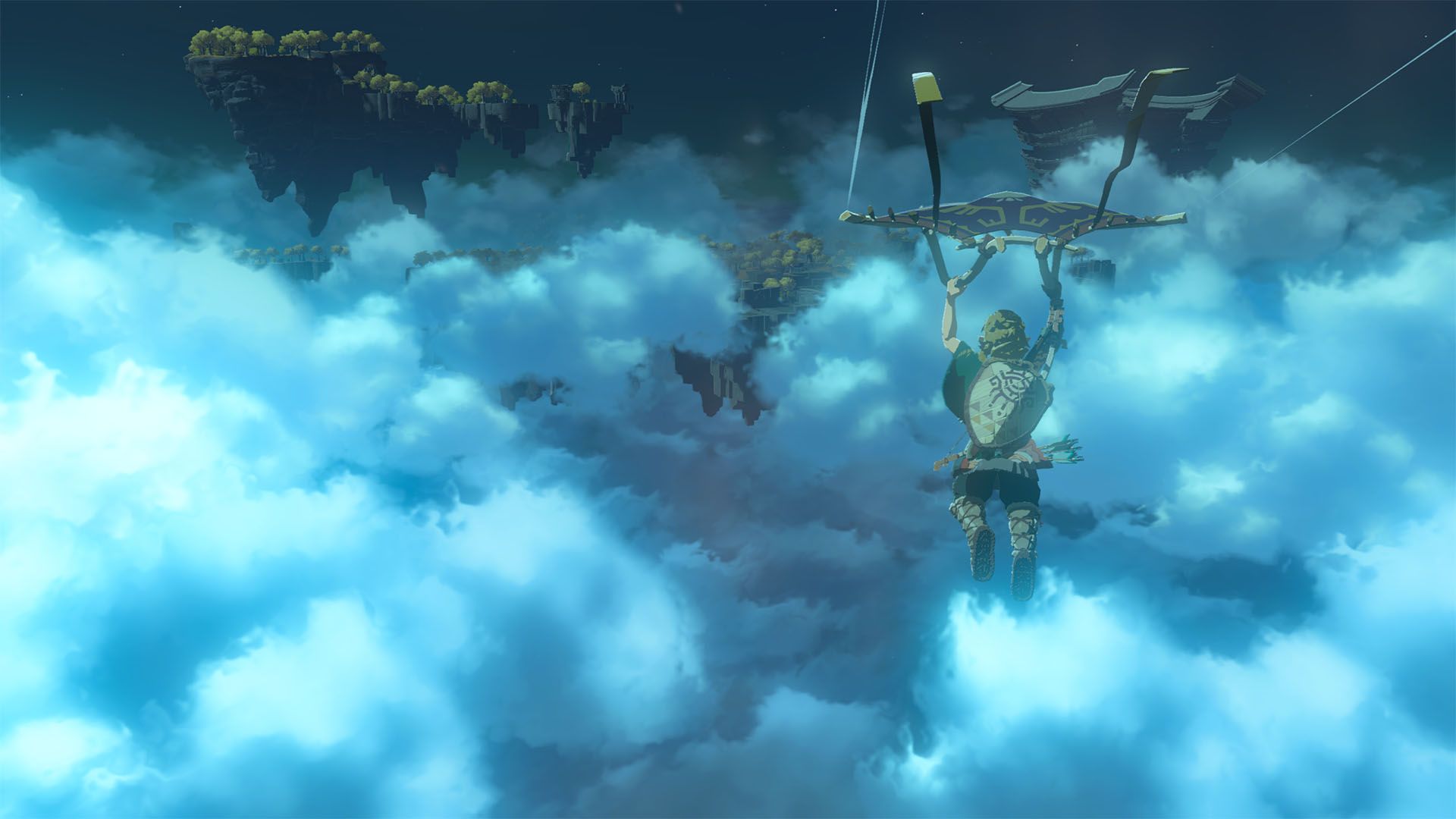 I personally don’t think he’ll end the game as some form of weird zombie, especially given the open world nature of your adventure and how players can freely explore while putting the main story aside. Instead, I think the Link we’ve seen on the ground and the one in the sky (who I believe is a resurrected form of Ganon) can be switched between at will – each of them having free rein over their own sprawling landmass to discover. Perhaps they’re two individual segments of a much larger whole, with our two protagonists tasking themselves to conquer the ground and sky simultaneously to put a stop to whatever ancient evil is threatening to bring Hyrule to another unfortunate state of ruin.

This is all eccentric guesswork and outlandish theories, but that’s all part of the fun, and I feel Nintendo might be tapping into discarded ideas from earlier concept art to bring this sequel to life. While its narrative was excellent and its world masterful, Breath of the Wild helped bring the franchise back to life, and now its sequel could subvert that and pull a Majora’s Mask, taking everything we love about its predecessor while also twisting it into something infinitely more experimental. Time will tell, but there’s so much potential here to be capitalised on. Just don’t turn Link into a weird zombie thing, I’m here for the clumsy himbo energy and nothing more.