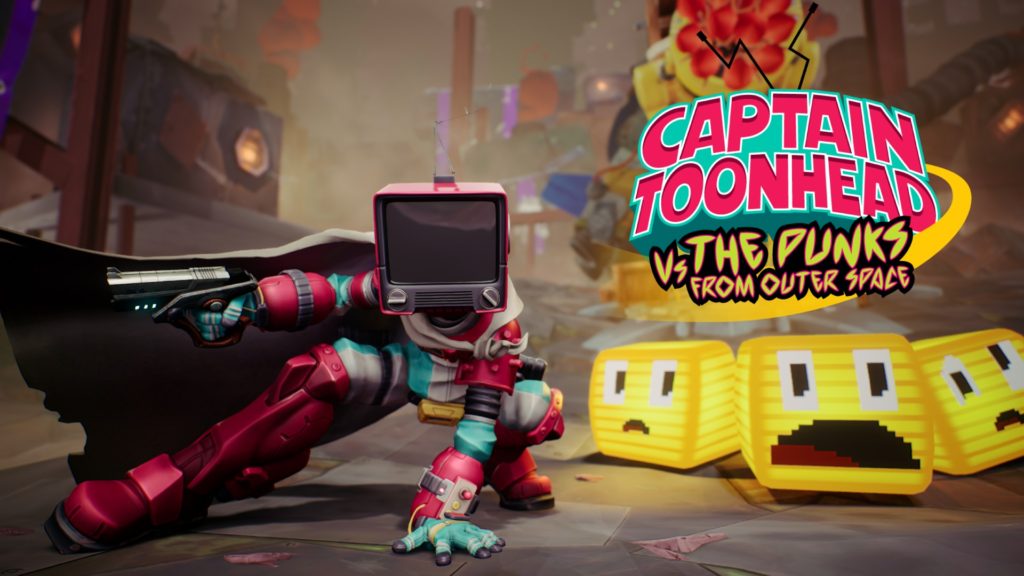 Developer Teravision Games announced its virtual reality (VR) title Captain Toonhead vs the Punks from Outer Space back in October 2020, detailing support for PC VR and PlayStation VR headsets. Today, the studio has confirmed Oculus Quest will get a native version as well.

Captain Toonhead vs the Punks from Outer Space is a cross between a first-person shooter (FPS) and tower defence mechanics, with ridiculous enemies and even more outrageous weapons. You play Elliott Salazar, Earth’s last hope of survival against the Voorhees P.U.N.K. Army as the rest of the squad were killed in a burrito-related explosion.

So you’re going to face waves of T-Rexes, Cyber-C.H.I.C.K.E.N.s and other weird and colourful abominations, deploying various Toonrets to hopefully stop them. These emplacements come fully loaded with unique firepower, from fire-blazing hot sauce and explosive PIGñatas, to a snowball machine gun. Plus you’ll have your own assortment of dual-wielding weaponry to dish out some damage, of course.

All those weapons and Toonrets will be upgradable thanks to your trusty AI companion, Janine-5, on Captain ToonHead’s ship. From what’s been shown so far Captain Toonhead vs the Punks from Outer Space is going to be one manic VR experience when it arrives in a few months.

“Our team is so excited and honoured to bring Captain ToonHead to Quest; the fastest growing VR platform!” says Enrique Fuentes, CEO of Teravision Games in a statement. “We can’t wait to have players all over the world enjoying building crazy tower and throwing chancla’s at T-Rex’s and cyber chickens this summer!”

Teravision Games will release Captain ToonHead vs the Punks from Outer Space for Oculus Quest, PlayStation VR and SteamVR headsets this summer, with a specific date still to be confirmed. VRFocus will continue its coverage of the tower defence videogame, reporting back with further updates.