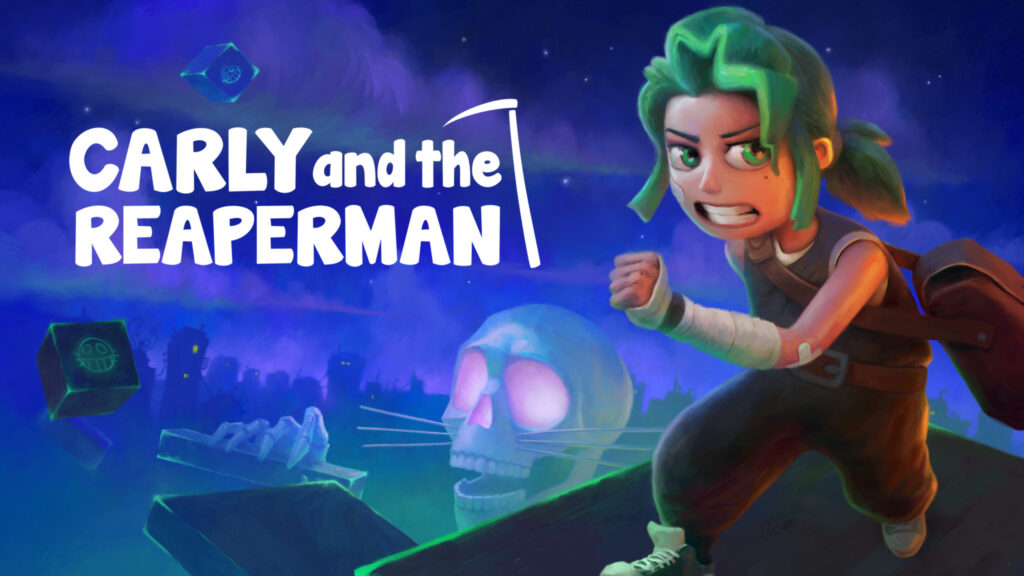 As an asymmetrical co-op one player takes the role of Carly whilst the other plays the overseeing Reaperman, either between two Oculus Quest’s or one on Quest (Reaperman) whilst a friend plays on PC. To aid that cross-play dynamic, a free version for PC or Mac is available here. They both then have to work together to overcome environmental puzzles, with Carly running and jumping through levels whilst the Reaperman can manipulate the environment to unlock new paths.

And just in case no one’s about to play the secondary role, Odd Raven Studios has included a single-player mode for just such an occasion, where you play both roles.

“At Resolution Games, we are always listening to the community and noticed a lack of cooperative games for Quest,” explained Tommy Palm, CEO of Resolution Games in a statement. “So being able to work with Odd Raven Studios to publish Carly and the Reaperman for Quest platforms is a positive step for the VR community and speaks to the expanding market the industry caters to. And with the free PC/Mac app, Quest users can play as the Reaperman and invite their non-VR friends to play from a PC or Mac as Carly for remote or couch co-op gameplay.”

“We are very excited to work with Resolution Games to release a Quest version of Carly and the Reaperman and to launch it alongside a free PC/Mac app that lets anyone – even without a VR headset – join and play a VR game,” said Johan Högfeldt, CTO of Odd Raven Studios. “We always envisioned Carly and the Reaperman to be a gateway into VR, and now that is more true than ever.”

Resolution Games is the publisher behind Carly and the Reaperman for Oculus Quest and its got a VR title of its own coming soon. Turn-based dungeon crawler Demeo is set for launch in May for Oculus Quest and PC VR headsets. As further details are released, VRFocus will let you know.