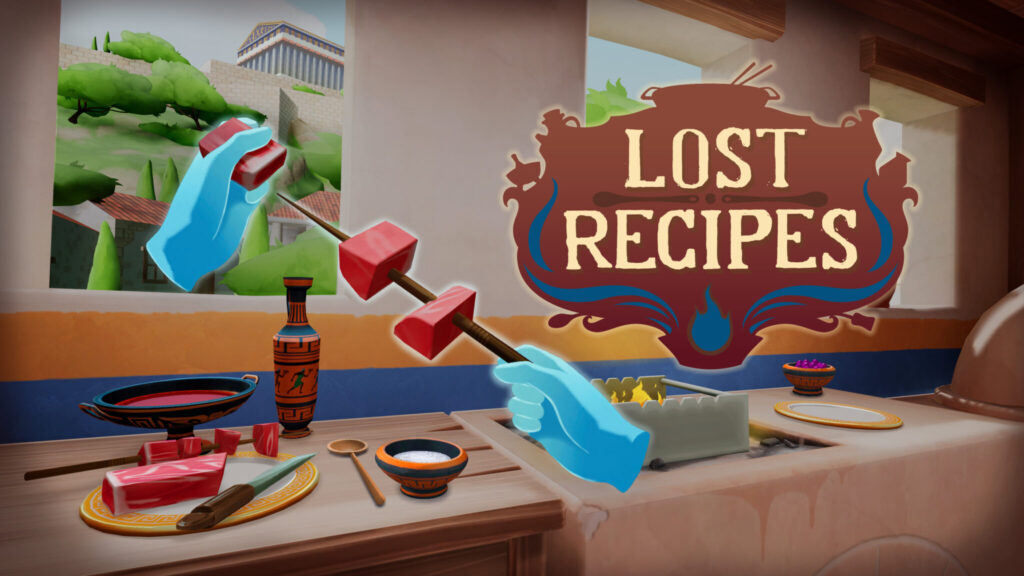 Best known for its escape room series I Expect You to Die, Schell Games revealed in December a new project called Lost Recipes. A virtual reality (VR) cooking experience that adds some ancient cultural flavour, Lost Recipes is set to arrive for the Meta Quest platform later in January.

Rather than modern the cuisine you find in other cooking games like Clash of Chefs VR, Schell Games has opted to step back in time so you can explore recipes from Greek, Chinese, and Maya civilizations. You’re a “Ghost Chef” in training, cooking delicious meals for other ghosts from these respective cultures.

Ghosts aside, Lost Recipes is all about being authentic and culturally accurate, so you’ll travel through time and step into historically-accurate kitchens, with authentic ingredients, utensils, and techniques at your fingertips. Heading to Ancient Greece (400-500 BCE) you’ll be able to make pita bread, mulled wine, Souvlaki, whilst in Song Dynasty, China (960-1279 CE) you’ll learn how to steam fish and brew oolong tea.

Adding further historical accuracy to the experience, the narration will be provided by regionally accurate actors plus Schell Games notes that Lost Recipes: “will also grow their [players] understanding of how geography and history impacted the culinary tastes of past civilizations.”

“Cooking has the power to bring people together and we wanted to capture this experience for players in and outside of the Quest headset,” said Lost Recipes Project Director Melanie Harke in a statement. “Putting together a recipe book is something we knew we had to do while creating Lost Recipes, and we had fun preparing some of the dishes in real life as a team. We did have to modify the recipes because some of the actual ingredients and cooking methods aren’t available anymore.”

That’s not all Schell Games is cooking up this year. As part of The Game Awards last month the studio revealed its working with Innersloth on a VR version of popular multiplayer Among Us. For continued updates from Schell Games, keep reading VRFocus.