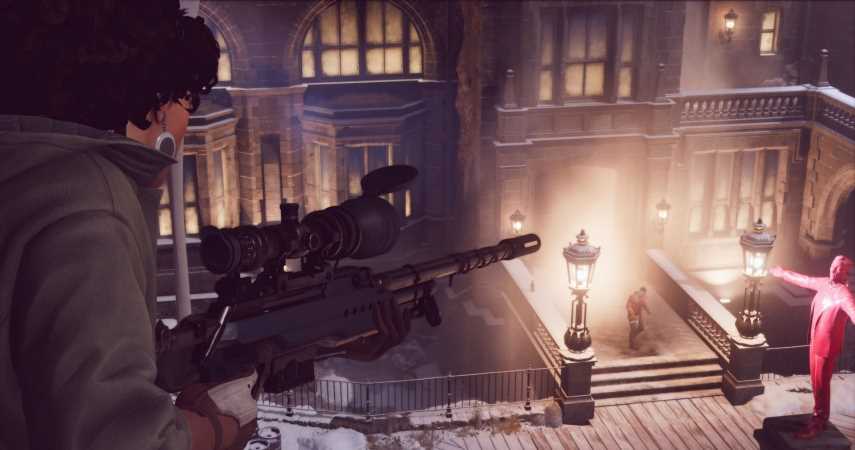 Deathloop, the upcoming game from Dishonored developer Arkane, is about a man trapped in a timeloop. Playing as Colt Vahn, you must learn how to track down and assassinate eight targets – the Visionaries – in a single day to break free of the loop.

One of those Visionaries is Julianna Blake. Unfortunately for Colt, she’s also hunting you. Her motivations aren’t clear, but she seemingly wants to both help and hinder you, depending on her mood. The pair have a history, but a bout of amnesia means Colt doesn’t know what that history is. While both characters retain their knowledge of each timeloop, only Julianna is aware of what happened before they both got trapped.

Taking inspiration from Arkane’s own cancelled game The Crossing, as well as FromSoftware titles such as Dark Souls and Bloodborne, Deathloop allows players to take on the role of Julianna and invade the games of their strangers and friends. On paper, this sounds like it’s a system built around griefing. However, Arkane is doing its best to incentivise players to fight with honour to leave a lasting impression on their victims. 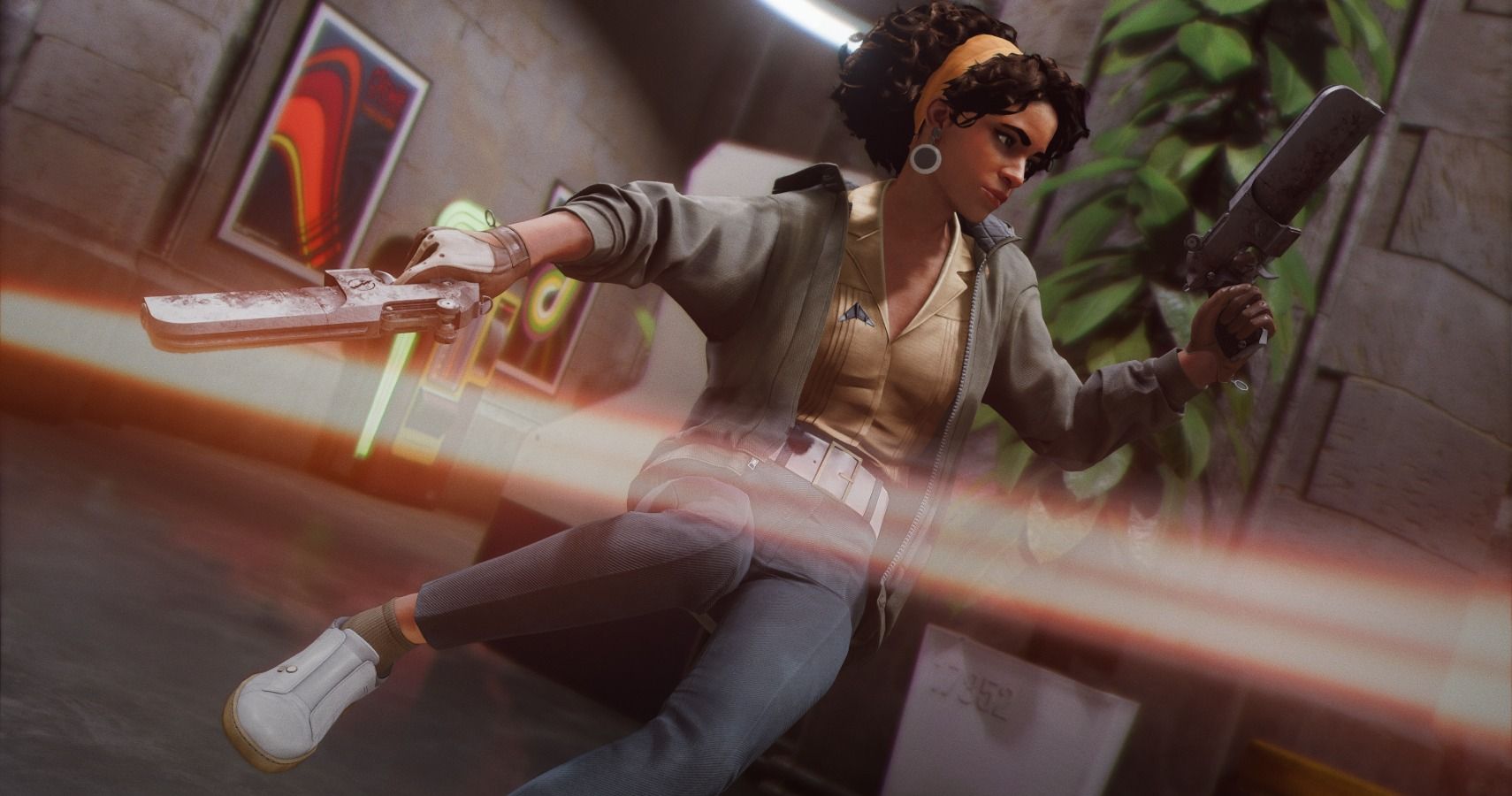 “We have some kinds of feats that we reward and sometimes it’s things like ‘stay alive for ten minutes,” game director Dinga Bakaba explains. “Sometimes it will be ‘damage Colt’ – actually damaging Colt is more incentivised than killing him. So sometimes we just want to harass and not kill them, wait until they heal. We just try to put a few things like that in place.”

Completing these feats nets you points that you can spend on weapon and ability unlocks, as well as cosmetics for Colt and Julianna. Because weapons and abilities are unlocked randomly, there should be plenty of playstyle variety in the Julianna players you face down as Colt, too.

It’s not all about harassing Colt, either. Some players might want to help him out. Since you can choose to invade your friends’ games, you can even lend a friend a helping hand and play Deathloop like a co-op game.

“It’s kind of a counterintuitive way to go about it. But yeah, why not?” Bakaba replies when I ask him if you can play Deathloop in co-op by using the invasion mechanic. “I actually have a nice Bloodborne story about someone who just crushed me twice and then invaded me a third time, in the same area. And they pitied me. They just stayed outside of my reach. And each time they pulled me towards this bell ringer NPC – you cannot be invaded anymore if you kill them. So she slowly brought me towards the bell ringer and then she disappeared. That was so cool. And each time I would go in the wrong direction, she would shoot me, which was hilarious, like, ‘Hey, stay on track’. I had no idea what she was doing until I got to the [NPC] and then they disappeared.”

When playing as Julianna, you can still interact with most of the world. This extends to the enemy NPCs Colt fights against. While they are friendly to Julianna initially, they will retaliate if a Julianna player keeps killing them.

“NPCs will react the first time like maybe it’s an accident,” Bakaba explains. “The second time they might go, ‘We are going to fuck you up, Julianna’. She’s part of the Visionaries, but no one wants to get killed for no reason. They are not mindless zombies. So yeah, they will fight back against Julianna if she starts killing them, but sometimes you really, really need that shotgun. You will prefer to kill an NPC.

“We make system-driven games. The one kind of sacrifice we made – which I think is not unbelievable considering Julianna’s character – is that she cannot do things like, well, first of all, we didn’t want players to spoil themselves some story content, so you cannot read the notes. She just doesn’t care. She has read everything that is on the island already so we just remove those interactions. And in some cases where there is something that is very important for Colt’s mission and Julianna could grief by just throwing it into the icy water, we just made that non-interactive. So it’s very, very little compromise that we’ve done on player freedom. But the main philosophy is this: yes. Why not kill NPCs? Why not help Colt kill the Visionaries? Why not give them your weapon? You can drop your weapons to take another one, so why not just drop a weapon in front of Colt and then disappear?”

The goal is to give players enough freedom so the game can produce these water cooler moments like Bakaba’s own anecdote about Bloodborne. There are some rules, but the rules are flexible enough to allow for plenty of player expression and surprising interactions. The hope is that, much like FromSoftware games, players will build their own etiquette through the game’s mechanics.

“I’m curious to see the emergent behaviors there,” Bakaba says. “I know how I want to play my Julianna. I know how my ideal Julianna plays in front of me. But, you know, I think it’s nice that the system is open for people to make, I don’t know, fight clubs or whatever, and have this kind of etiquette. It will be very interesting. Especially because, again, we made something with very little hard, enforced rules. Okay, we give you a lot of points for staying alive for ten minutes. So maybe we’re trying to tell people to take it slowly and [be] considerate. But hey, what prevents you to just not care about the points?”

Personally, I’m all for it. It sounds like an interesting wildcard – a random element that makes each run surprising. However, if you’re completely allergic to other players, you can turn off multiplayer invasions in the options and Julianna will turn up as an AI-controlled threat instead.

Deathloop is releasing on PS5 and PC on September 14.