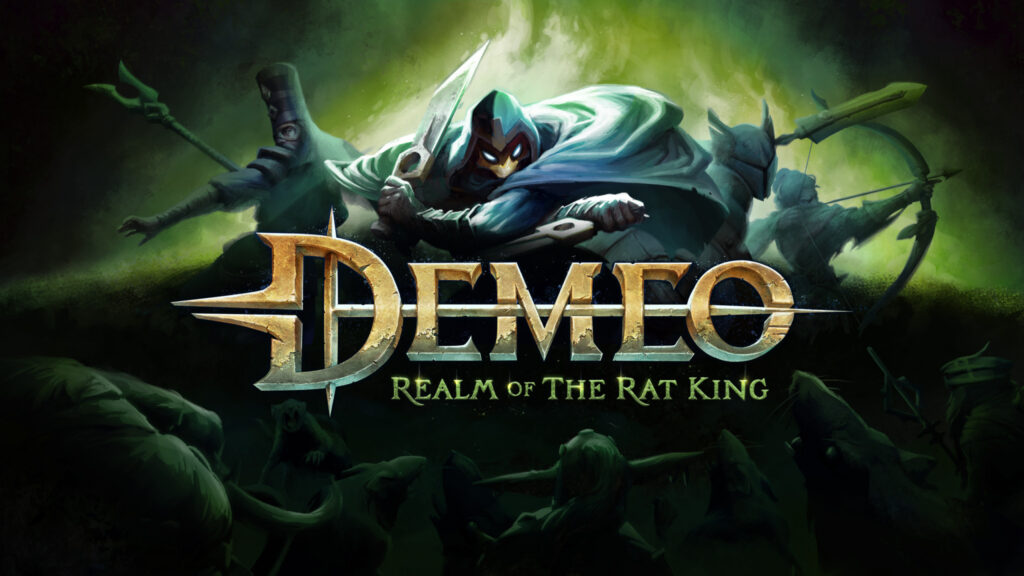 Resolution Games first revealed Realm of the Rat King not long after the title’s launch without going into content specifics. The story continues from the first chapter seeing: “the heroes learn that the town of Sunderhaven is suffering from an unlikely infestation. Feral rats have begun to appear, and the rumours among the locals suggest that they’re being steered by someone… or something.”

This time rather than fighting through dungeons you’ll be encountering monsters in the sewers underneath Sunderhaven. Sewers are dark and dank places so you’ll need to use the new Torch card to light the way and uncover enemies. As you might expect these will include plenty of rats scurrying around the place as well as Spore Fungus which bursts, covering an area with deadly poison. Handily there’s also a new Antitoxin card to help in that regard, plus a Web Bomb to slow foes down. One monster to look out for is the multi-headed Gorgon whose gaze you’ll want to avoid.

While Demeo’s launch adventure The Black Sarcophagus had three levels to explore the Realm of the Rat King expands this to five. Survive and you’ll come across the Rat King himself, finding his subjects utterly loyal to their ruler.

“The best part of playing tabletop adventures with your friends — other than tackling the forces of evil together — is knowing that there are always more adventures waiting just around the corner,” said Tommy Palm, CEO and co-founder of Resolution Games in a statement. “We’re committed to bringing that same promise of ongoing fun to Demeo. ‘Realm of the Rat King’ is just the first addition of many new adventures we have in the works. We’ll be introducing more magic, more mayhem, and even more heroes over time for players to party up with and plumb the VR depths.”

Demeo – Realm of the Rat King is available today as a free expansion, supporting Oculus Quest and Rift, HTC Vive, Valve Index, and Windows Mixed Reality headsets. Resolution Games has also confirmed its submitted Demeo to the Oculus Rift section of the Oculus Store which should be confirmed soon. For further Demeo updates, keep reading VRFocus.