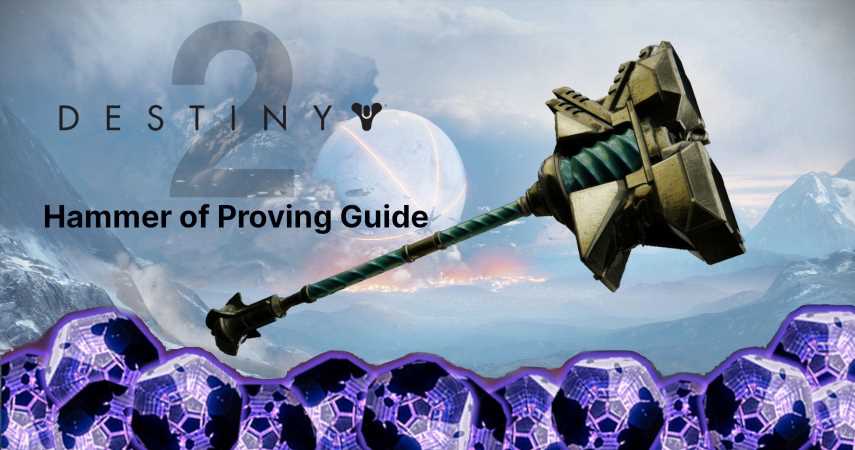 The Hammer of Proving is a new ritual artifact that combines elements of last season’s Cryptolith Lure with Season of Arrivals’ Umbral Engram system for a more complex and engaging way to farm for weapons and armor during Season of the Chosen. In order to progress through this season’s upgrade path, you’ll need to engage with the new weekly challenge system, Battlegrounds playlist, and the new H.E.L.M. hub within the Tower. There are a lot of moving pieces surrounding the Hammer of Proving, and it can be difficult to figure out how to progress. If you’ve just unlocked the Hammer and you’re not sure what to do next, this guide covers everything you need to know about the new ritual artifact and this season’s umbral engrams.

What Is The Hammer Of Proving?

The Hammer of Proving is a ritual artifact that lives in your quest tab. Its purpose is to focus umbral engrams with charges so that they can be decrypted into the gear of your choice. To do that, the hammer must first be slotted with a medallion, then charged in a Battlegrounds. Finally, the charge can be combined with an umbral engram and five legendary shards in the Prismatic Recaster.

You first need to earn Cabal Gold by completing playlist activities, public events, the Blind Well, or The Altars of Sorrow. Once you’ve earned 14 coins you can forge a Challenger Medallion. Right-click on the Hammer of Proving in your quest tab to slot in a medallion.

Now that your hammer has a medallion, it’s ready to charge. Launch the Battlegrounds activity from the Vanguard menu to start the activity. When you reach the end, the normal reward chest will be surrounded by three additional chest. Each person on your fireteam gets to destroy one of the chests, which will reward with gear and a charge for your hammer. The hammer can hold up to three charges.

Once charged, return to the H.E.L.M. at the Tower and approach the Prismatic Recaster. Here you can exchange your hammer charge, legendary shards, and umbral engrams for focused umbrals.

How Do You Upgrade The Hammer of Proving?

The Hammer of Proving has three tiers of upgrades that can be unlocked at the War Table in the H.E.L.M hub by increasing your rank. Each rank level unlocks one new Tier I enhancement in a predetermined order, however, you can also choose to upgrade any previously unlocked enhancement to Tier II or Tier III with your rank up points.

To increase the rank of your War Table, you’ll need to complete specific weekly challenges. Weekly challenges are a new system introduced in Season of the Chosen that replaced weekly bounties. Each week, a new collection of challenges will become available to complete. Three of the ten weekly challenge award War Table reputation upon completion. Each completed challenge provides one rank, so it is possible to unlock all 30 enhancements in seven weeks. 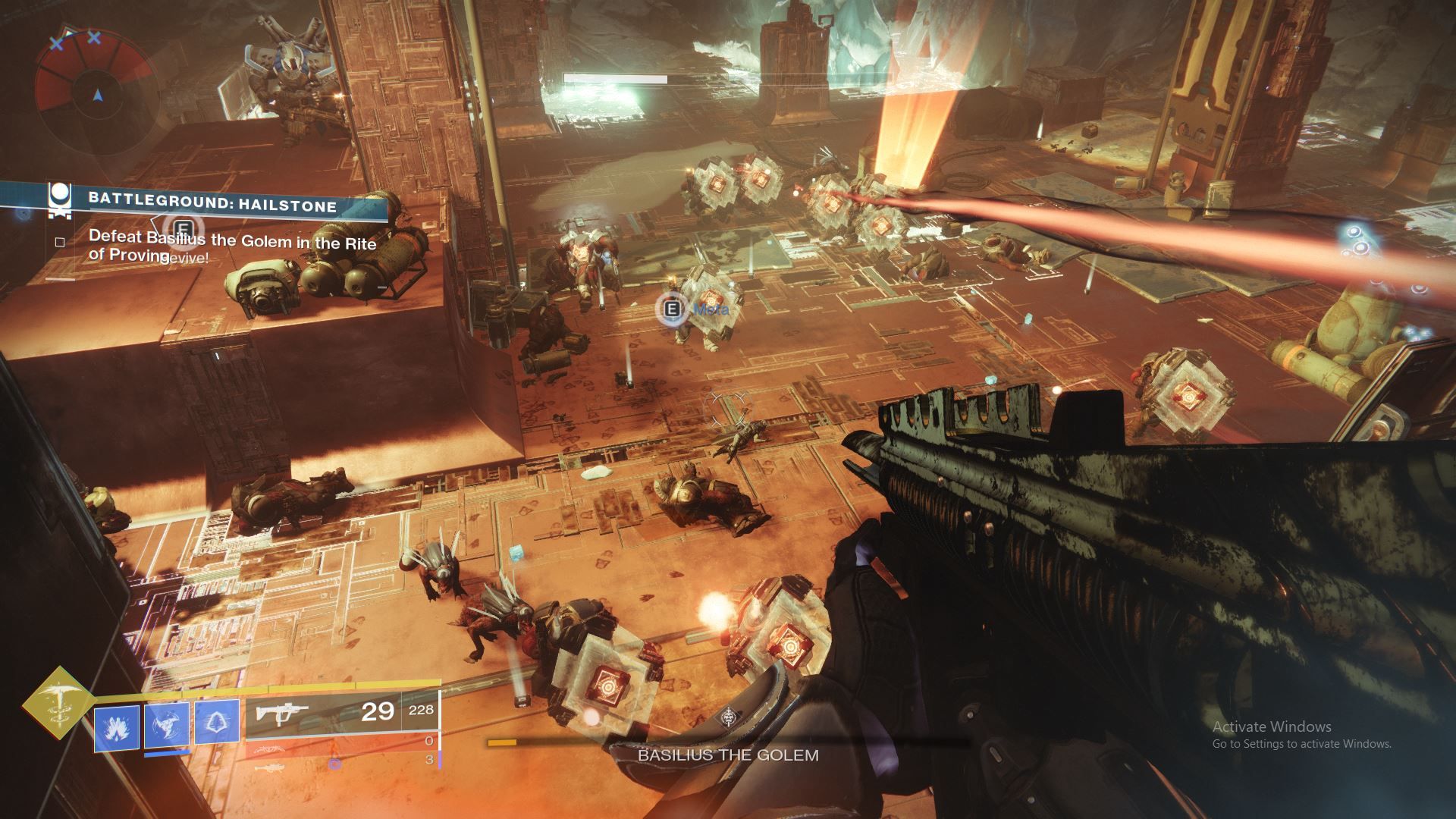 How Do You Upgrade Umbral Engrams?

As was the case in Season of Arrivals, the Prismatic Recaster can be upgraded for the sake of creating more focused engrams. At the start, hammer charges can only be used to focus Umbral Engrams into either Season 13 weapons or armor. As you collect more of the Season 13 gear, you’ll be able to focus engrams into more specific items.

All of Tier II focuses need to be unlocked before they can be used. There are three weapon focuses that require you to kill a certain number of enemies with a specified weapon time. To start, you can only unlock Far & Fatal, which will allow you to focus your Umbral Engrams into either the Imperial Needle bow or the Far Future Sniper rifle by amassing 750 kills with either weapon type. The other Tier II weapon focuses, Near & Deadly and Explosion & Detonation, cannot be unlocked until you have earned level 45 and 30 on the season pass, respectively. To unlock the Tier II armor options, you simply need to complete Battlegrounds activities and open the chest at the end until you find the new seasonal armor. Once you’ve found each piece for the first time you will have access to the associated Tier II focus.

The Tier III focuses offer even more specific rolls. The weapon options are the same, but they now offer an optional perk choice. You will need to unlock then just as you did the Tier II focuses, but they require 2,100 kills instead of 750.

The Tier III armor options will let you focus your Umbral into a random piece of armor with high rolls in a specific stat. These five focuses are all unlocked through different objectives. Hover over the focus to see what you need to do to unlock it.

Next: Destiny 2 Season Of The Chosen: All Week 1 Seasonal Challenges 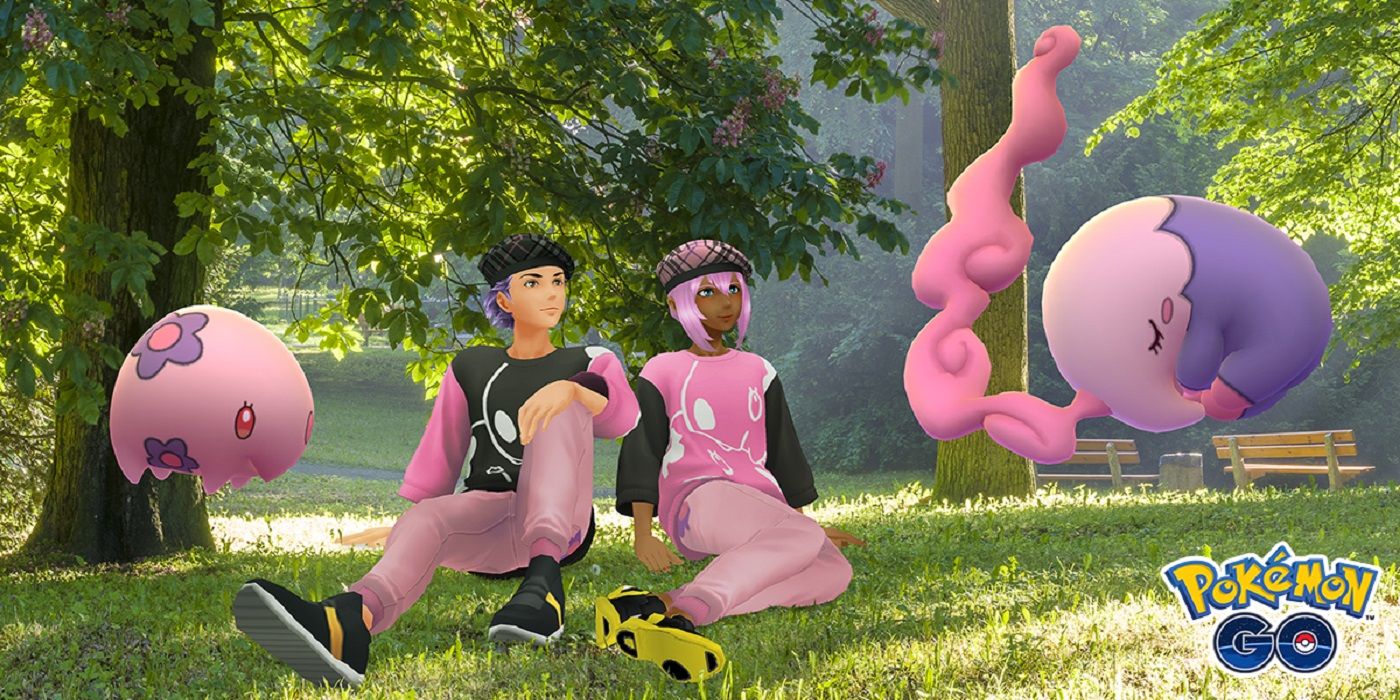