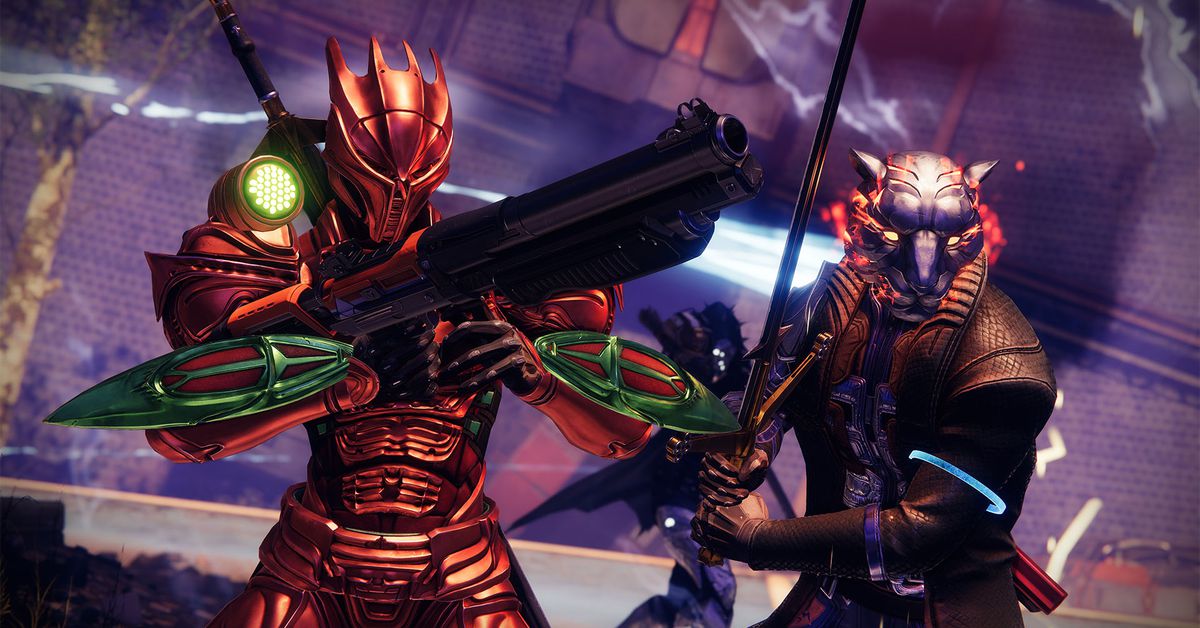 Destiny 2’s Bungie 30th Anniversary Pack is Destiny at its most joyful.

2021 has been a quiet year for Destiny 2. For the first year since the series launched in 2014, Bungie hasn’t published a sequel or major expansion for its space-faring looter shooter. The only non-season launch of the year is the Bungie 30th Anniversary Pack. And while it may be smaller (and cheaper) than a traditional Destiny 2 expansion, Bungie’s passion for its own games shines through, turning the package into a delightful celebration to close out Destiny’s quietest year.

The Grasp of Avarice dungeon is the star of the update (along with its loot), and the only playable paid content in the pack — the rest of the cash goes primarily to special cosmetics and dungeon exclusive weapons. It’s a pirate-themed lark through the original Destiny’s infamous loot cave. And after running through it multiple times, I can confidently say it’s the best dungeon Bungie has created.

To go with its pirate theme, the first fourth of the dungeon is littered with booby traps, leading all the way to the first boss. If there are two doors presented, one of them is going to kill you as soon as it swings open. I’ll never forget watching my teammate get launched into outer space after throwing a random switch on a walkway. It makes failure fun, and ensures I’ll take a backseat every time I bring a new player through, just to see what traps they spring.

The dungeon is pure joy — to play for the first time, to run through with a friend, or to adventure in over and over again looking for that perfect loot roll. Destiny often takes itself quite seriously, and it’s earned that, to an extent, as Bungie has really ramped up the storytelling and worldbuilding over the past two years. But the Grasp of Avarice is explosions, and spike traps, and a giant barrel rolling down a hallway. It’s situational fun that you can’t help but laugh at.

But the Bungie 30th Anniversary Pack is more than a single piece of content, and the studio’s enthusiasm for its previous work emanates through more than just the Grasp of Avarice. There’s a free event in the pack, a handful of Exotics (one free and one paid), and a load of new cosmetic items. Many of those items and weapons take inspiration from Bungie’s past games, with fan-favorites from the original Destiny, guns and armor from Marathon, and even a big sword from Myth. But the biggest surprise is the inclusion of Halo-themed items.

I play Destiny 2 with a lot of Halo fans — most Destiny players I know are well-versed in Bungie’s former IP — and when someone shouted “I got the Battle Rifle” for the first time, it was an almost emotional experience. Of course, it’s not the real Battle Rifle — that would be legally dubious, I’m sure. But it is made by Bungie, so what’s the difference? It feels perfect. It’s a piece of nostalgia I can interact with daily for years to come.

These old Bungie weapons are lovingly crafted, with unique perks created only for them. Players usually only get a single unique Legendary a season, but the update is full of them. Using the Forerunner Exotic sidearm, based clearly on the Halo: Combat Evolved Magnum, is some of the most fun I’ve had in Destiny in years. It not only plays on my love for Combat Evolved’s pistol, it’s also a great, new Destiny weapon that’s useful and fun to use.

It feels like Bungie’s developers let themselves run free with this release. They mined their previous work for its greatest hits, and selectively brought the studio’s most treasured items into its modern game. And because of this celebration, I’ll be able to have a little Halo with my Destiny for years to come — assuming Bungie doesn’t bring back weapon sunsetting, which it canceled earlier this year. If I want to use my Halo Battle Rifle, Myth Claymore sword, and Marathon shotgun to take down Savathun next February, I can. But it doesn’t feel like a rehash. Yes, it trades on nostalgia, but it’s not a simple cash grab. Bungie has billed the pack as a celebration, and I concur.

Bungie could’ve made this pack for the hardcore players that miss some of their favorite, old Destiny Exotics that never got ported to Destiny 2. “It’s got Gjallarhorn, it’s got a new dungeon, hey look, it’s a Halo sword.” But after spending a week with the new content, it feels more like the developers made the 30th Anniversary Pack for themselves. It’s a small distinction, but one that makes a big difference. The passion that comes through is intoxicating, and it permeates the entire package. It makes me care about all of Bungie’s previous work as much as the studio does, even if I only started playing its games with Halo: Combat Evolved.

The next time I can sucker a friend or co-worker into playing Destiny with me, the first thing I’ll tell them to buy is the Bungie 30th Anniversary Pack, and I’ll run them through the Grasp of Avarice dungeon. Not because it’ll earn them Gjallarhorn — the series’ most famous weapon — but because it’s the perfect showcase of how special Destiny can be when Bungie’s own passion shines through.