Most everything there is to currently know about Tasha’s Cauldron of Everything can be found within the latest issue of Dragon+. Issue 33 features a wonderful Tasha art piece on the cover, along with a good bit info on this incoming D&D sourcebook, and some details on the person and history of the enigmatic Tasha. This issue also covers more on the incoming D&D Celebration 2020 live stream event that will signal the start of the Icewind Dale: Rime of the Frostmaiden storyline and sourcebook.

Writer Matt Chapman wrote the Tasha’s Cauldron of Everything chapter for this issue of Dragon+ (aka DragonMag), and gets D&D’s principle rules designer Jeremy Crawford to spill the magic beans regarding who and what Tasha is, along with vital info concerning the new and exciting goodies we’ll be able to add to our campaigns from the TCoE sourcebook. Of course, Crawford doesn’t give all the details, but does provide insight into how the new character origin mechanic will work, the armorer subclass for artificer, Class Feature Variants, Group Patrons, Sidekicks, new and returning artifacts, supernatural environments, and puzzles for DMs to confound our players with. 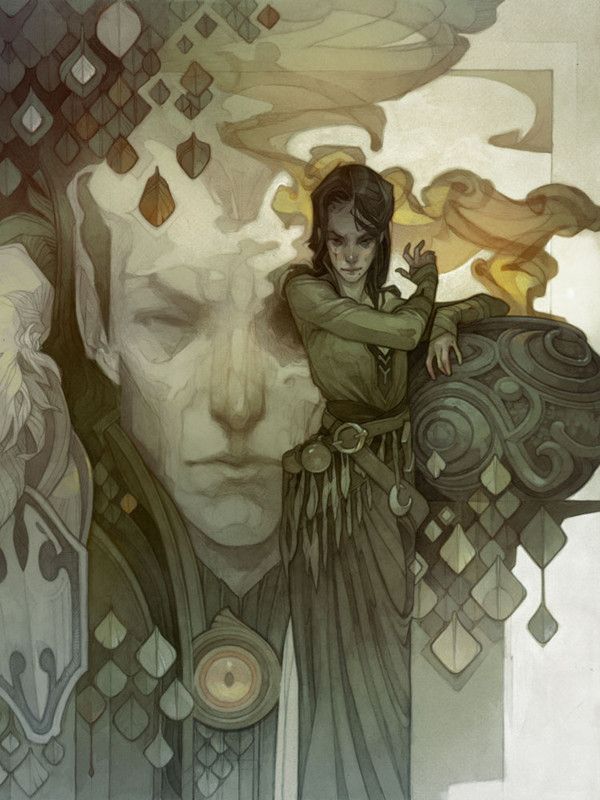 At some point in time (hopefully detailed in the sourcebook), Tasha ascended to become the demigod Iggwilv, and sometime thereafter set about writing the seven-volume book series on demonic and Abyssal lore known as The Demonomicon. Crawford doesn’t add any more info about them here, such as what they’ve been doing since then, or what they’re doing now, but here’s hoping that too will be something made available in the sourcebook.

Crawford clarifies what we can expect to see in TCoE, and likens it to a similar style and format of Xanathar’s Guide to Everything. They add that TCoE will have four chapters defining a healthy amount of new guidelines, comprising the main topics of character options (origins), group patrons, new and updated magic items and spells, and a chapter for DMs eyes only. In total, over a year’s worth of Unearthed Arcana material and mechanics from numerous other D&D sourcebooks will be finalized and made official in TCoE.

On the new character origin mechanic, Crawford explains that “race options as written in the Player’s Handbook are Western high-fantasy archetypes,” and that WotC wanted to provide a way for players to break away from those classic archetypes to roleplay the origin you imagine for your character. This will be done by allowing us to “take the ability score bonuses of your race and apply them however you like.” 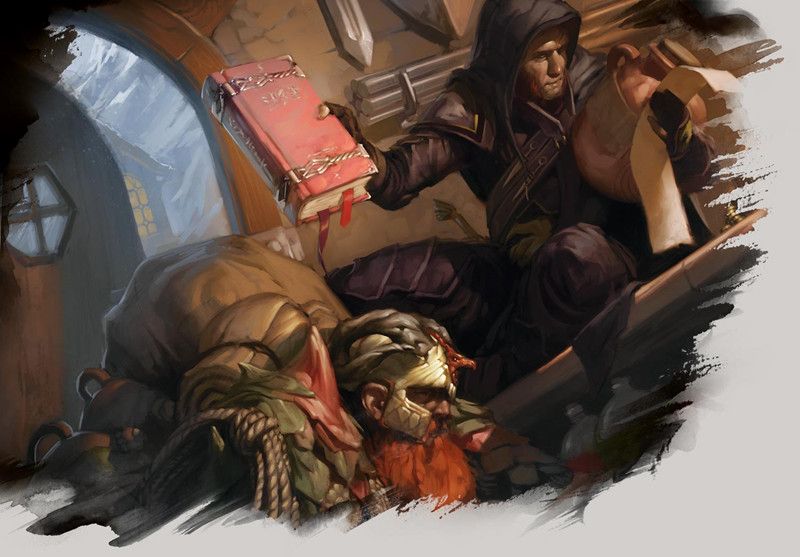 For example, D&D5E provides the High Elf subrace with the Elf Weapon Training trait, which gives them automatic proficiency with shortbow, longbow, shortsword, and longsword. But what if your level one elf “skipped longsword practice” that day and would prefer to be proficient with an axe, regardless of or before choosing a class and the proficiencies they provide? It’s all about allowing for a higher level of character versatility and player agency from the moment your character is being created. Crawford stated that the new rules in TCoE will allow for such character builds “to make sure that our rules make it just as possible to take that path as to follow the archetype.”

Regarding the new armorer subclass for the artificer, Crawford said it was created because they (WotC) wanted to make the artificer class available to play in other D&D settings, beyond the Eberron setting it was initially designed for. Crawford also mentions TCoE will have new infusions, making it seem as though the armorer subclass may receive some adjustments from its Unearthed Arcana version.

Crawford said the Class Feature Variants is the most popular Unearthed Arcana they’ve created, and that almost all of that material has been refined and included in TCoE. Is your character a wizard following the arcane tradition of bladesinging from the Sword Coast Adventurer’s Guide? Crawford said TCoE will a new version for you to try. The group patron mechanic has also been adapted to fit D&D settings outside of Eberron, and will allow parties serving a group patron to give each member advantage on checks a limited number of times per day.

Sidekicks, included officially in the D&D Essentials Kit, have been made official, and made much simpler to use, with a bonus option that allows players to create their own sidekicks. TCoE will have numerous new artifacts for us to find and use, including Tasha’s very own Demonomicon of Iggwilv, and a new version of the Tarokka card deck from Curse of Strahd. Veteran players may recognize the Crook of Rao and Mighty Servant of Leuk-O, two other Greyhawk artifacts that will be getting fifth editionized in TCoE. 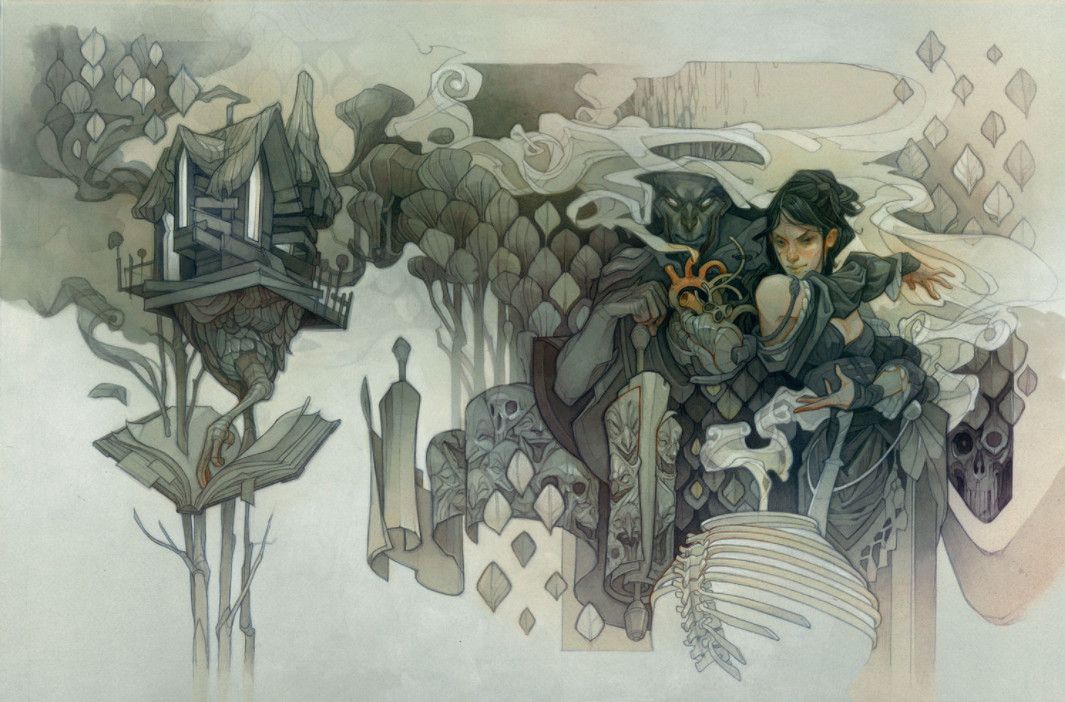 Lastly, Crawford said TCoE will include detailed info for DMs regarding supernatural environments, places where magic has transformed locations in various ways, such as enchanted springs and magic trees. The design team brought in puzzle designer Elisa Teague to create an entire section of ready-made puzzles that DMs will be able to baffle your players with. Anyone else thinking D&D in-game escape room one-shots?

Dragon+ Issue 33 has a heckuva lot more info to read beyond the facts of Tasha’s Cauldron of Everything, including Imagining The Ampersand: Wylie Beckert (alternate cover art for TCoE!), a Ravenloft comic (spoilers!), and probably the cutest Cut-Out-And-Keep Snowy Owlbear you’ve ever seen (some assembly required). The magazine’s free, so check it out.