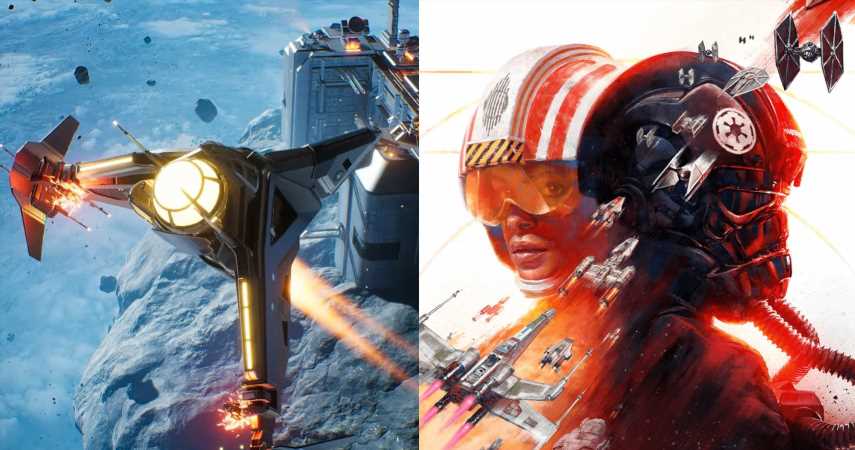 Everspace 2 and Star Wars: Squadrons are very different games, but between them, they have everything I could ever want from a space shooter. While Everspace 2 fills outer space with endless possibilities, Squadrons pushes the thrill of combat to its absolute limit. I’m perfectly happy using both games to scratch either itch, but if they could be combined together, they would make one hell of a game.

Everspace 2 just launched in Early Access on Steam this month. The indie space RPG departs from its predecessor in an incredibly ambitious way. While the original Everspace was a roguelike space shooter, Everspace 2 is a massive open-world RPG not unlike The Witcher of Mass Effect. Everspace 2’s single-player campaign takes place in a sprawling star system with dozens of locations to explore, each packed with unique sidequests and interesting characters. The game has a linear story campaign with plenty of optional jobs and missions to take on as you explore the galaxy, collect loot, and earn reputation from several different factions. It’s a game so rooted in core RPG mechanics that it often almost feels almost incidental that you play as a spaceship, including during combat. 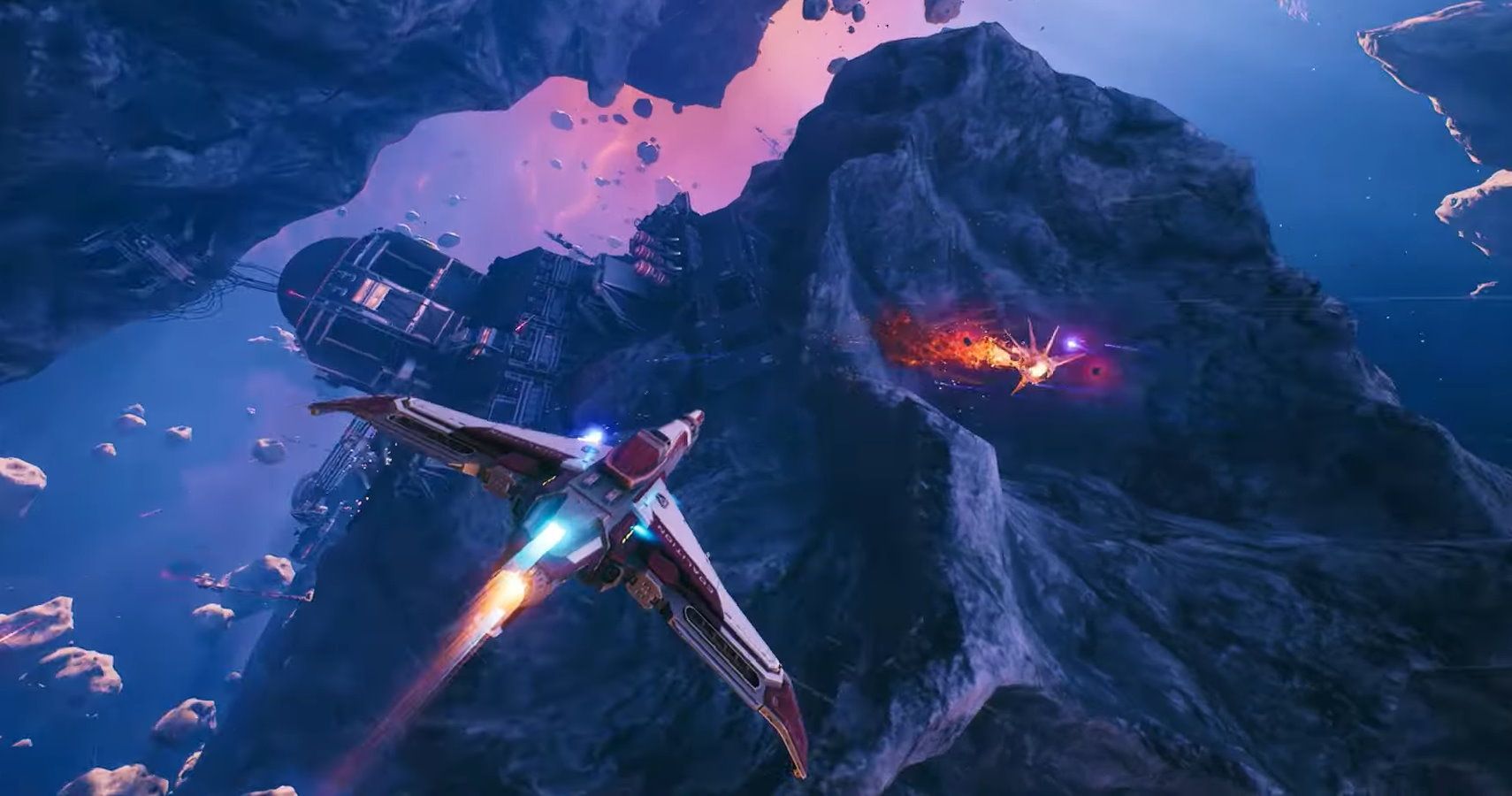 The ship in Everspace 2 is incredibly agile. Not only can you roll, bank turns, and hover up and down, you can also freely strafe side to side and back and forth. This level of control makes the ship incredibly nimble so that it’s easy to navigate tight corridors, like asteroid mine shafts and the wreckage of derelict space stations. Unfortunately, the ability to strafe and fly backwards means that the most effective way to engage in combat is typically just to strafe in one direction and stay locked onto your target.

Generally speaking, combat in Everspace 2 is pretty simple. You have two weapons, one energy and one kinetic ideally, two consumable weapons like homing missiles or proximity mines, two special abilities, and an ultimate ability. If you save your consumable weapons for elite targets and use your two abilities on cool-down, almost every fight just boils down to how well you can stay on target. If your level is higher than the level of the enemy, success is pretty much guaranteed. If it’s lower, it’s best to come back once you’ve gained some experience. Everspace 2 is very much an RPG first and a space shooter second.

In contrast, Star Wars: Squadrons is built from the ground up for intense, PvP combat. The entire 12-hour campaign is merely a series of combat scenarios that introduce you to the multiplayer maps. There is no exploration at all, no loot to gather, and no practically no progression at all. Instead, Squadrons delivers the most thrilling and complex space combat ever. 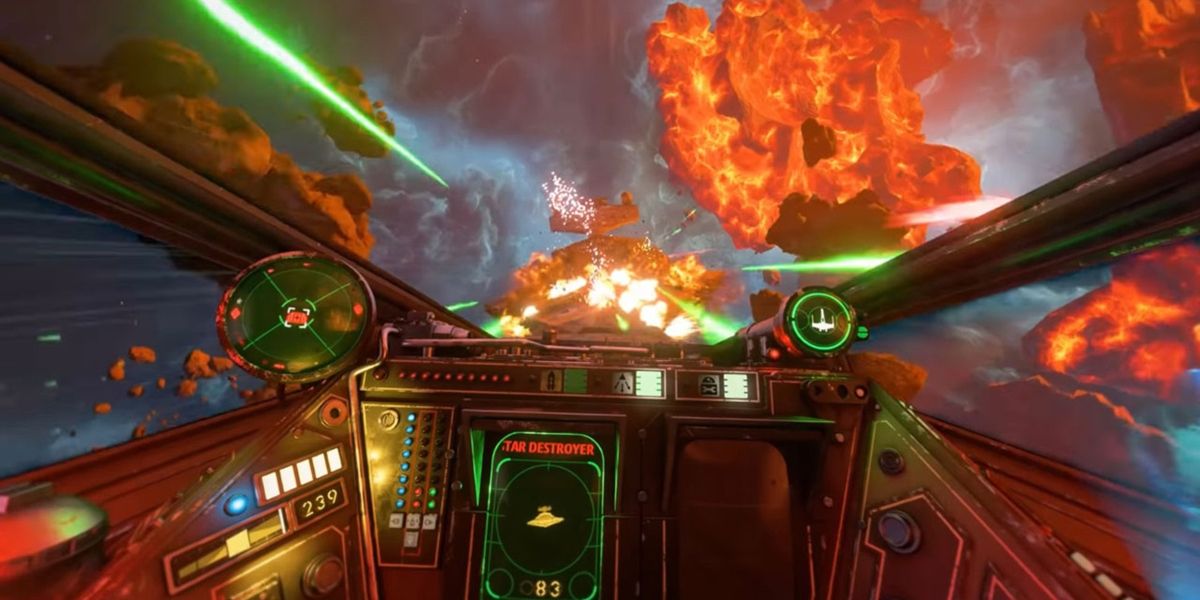 Every battle in Squadrons is a white-knuckle ride. Expert pilots learn to slide and boost around corners to escape enemy lock-ons and precisely manage their energy between weapons, shields, and engine power. The combat is incredibly involved and you’ll never find the same battle twice. The only way to defeat your opponents is to out-maneuver them and outsmart them. It’s a game of reflexes where the faster pilot almost always wins.

Everspace 2 and Star Wars: Squadrons mirror each other in a lot of ways. Squadrons has everything Everspace 2 is missing, and vice versa. If Everspace 3 had combat like Squadrons, or if Motive made an RPG like Everspace 2, I think that would probably end up being the greatest space shooter of all time.

Next: I Correctly Guessed The Entire Plot Of The Mass Effect Trilogy From Looking At Ten Screenshots 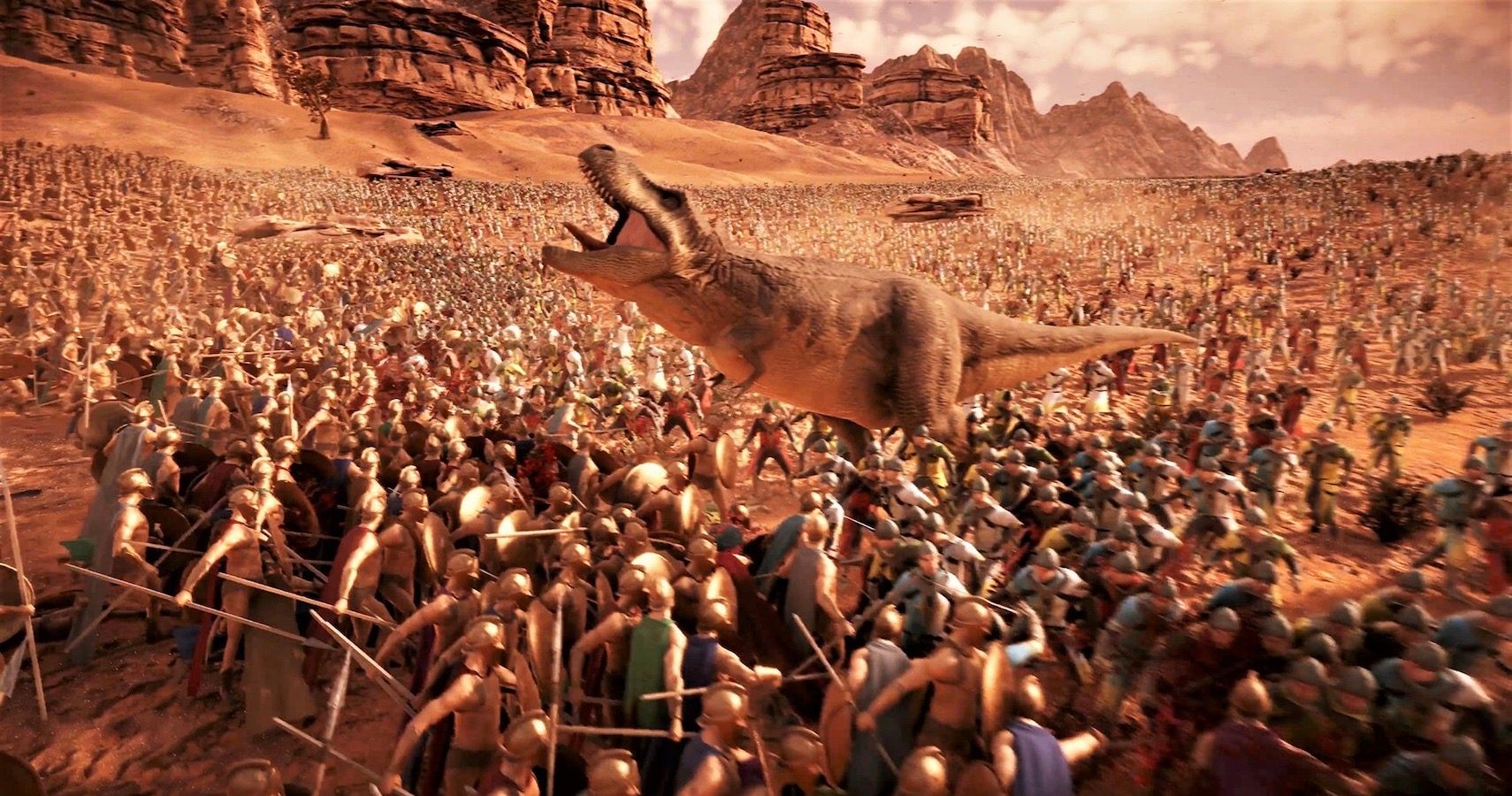