The appearance of Formula Two racing in F1’s game for the first time is the series’ big addition this year, and it spotlights what I mean. It’s true that the feeder series only cosmetically figures into F1 2019’s robust-as-ever career mode. But for midlevel racers, gamepad drivers, and all-around tinkerers — and I’m all three — F2 racing is a great calibration tool for making sure I am properly and realistically getting my ass kicked in the early going of my F1 career.

F2 is a spec racing series, meaning everything about the cars is standardized across the field. This covers structural features and the type of tires and the amount of fuel carried, removing the construction arms race that determines half the field before a race is even run, and eliminating strategic tire changes and fuel management. The focus is squarely on driver skill determining a race, in other words. This way, I can understand what the upper limit is of an opposing AI challenge where I still reasonably have a chance to win. 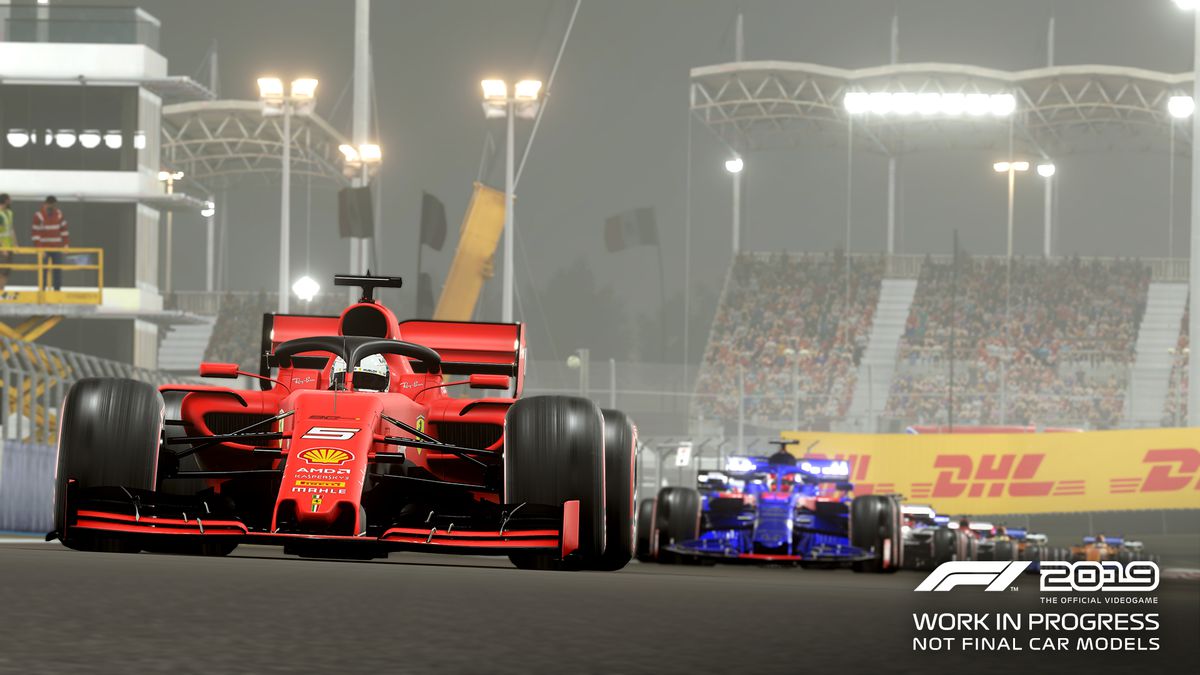 See, one of the worst feelings I usually get in my standard F1 career is that I’m performing unrealistically, whether good or bad. Like many armchair drivers, I join one of the lower-tier racing teams when I start, because it seems more engaging to the emerging narrative that the mode supports. (The liveries are also more appealing to my inner hipster.) But adjusting the game’s opposing driver AI (which runs up to 110) leaves me swinging from I-shouldn’t-be-able-to-do-that success to why-am-I-bothering setbacks.

This is key, because part of F1’s realism is that certain teams simply have no chance at qualifying in the top 10, much less finishing on a podium. That’s where the intrigue of Career mode’s long game, developing and building up a car, is so much fun and so rewarding. It’s hard to benchmark what the best difficulty is for a driver of my middling talents when I’m supposed to be blown away by Mercedes and Valtteri Bottas.

But the F2 series, which can be run with last year’s drivers and teams in a single-season campaign, is a great test bed. (It even has F2’s official announcers, Alex Jacques and Davide Valsecchi, adding this series to a small group of sports video games with multiple commentary teams.) After a thrilling, competitive, and very successful weekend in Belgium, I finally decided I would just run a full season in F2, get a feel for what difficulty posed the best challenge, and apply that to the career mode. It’s around 80 to 84, with some courses hurting me worse than others (and Monaco, by far, needing the most leeway, down to 65). Case in point: Alfa Romeo Racing’s poor aerodynamics (the worst of the 10 teams) highlights why I have so much difficulty with Australia’s squirrely corners and getting any value from its three big straights. And Australia is the first race of the season, so trying to tune the AI for this one, in the past, was throwing me off everywhere else.

Put another way, F2 is a great feeder series in a video game, as it is in real life. It accomplishes the same purpose of building up a driver before setting them loose in a very long campaign defined by tempered expectations. I was surprised by how much the game seemed to open up to me after my F2 tour, particularly with in-race strategy. At Silverstone, for example, my go-to move now comes before the Club turn, the course’s last. But I know that any pass there is really made about half a kilometer earlier, where I have to be almost level with my opponent as we come out of Stowe and rocket through the Vale (forgive a Yank’s overly familiar use of the turns’ and straights’ nicknames). Only then can I get outside him on that square left, which gives me the inside on the immediate right preceding Club. I climbed the field to a podium finish with passes here on three consecutive laps. 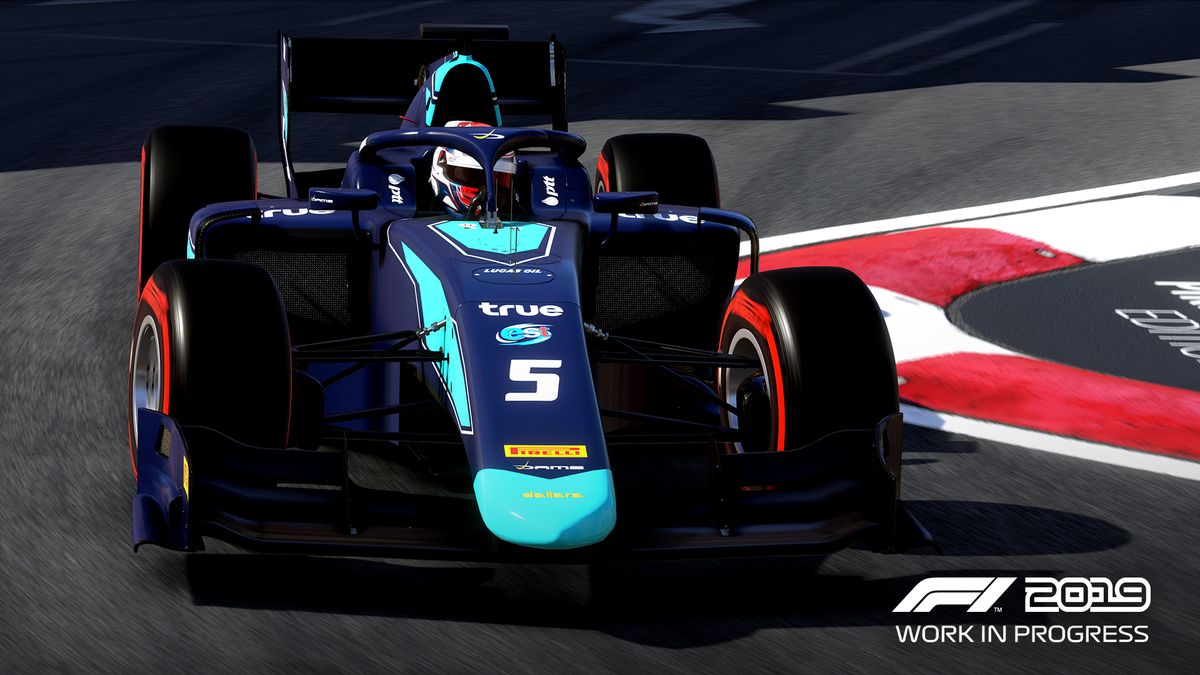 Alexander Albon of DAMS in F2 2018 action. He drives for Toro Rosso in the current F1 season.
Codemasters

It will take a longer time to understand the value that multiplayer’s changes now bring, but conceptually, players now race with a Super License that will both match drivers against similar competition, and show everyone what kind of style and accomplishments you bring. Safety is a big part of this, and the rating rides front and center in matchmaking. There’s also prominent real estate given to the official F1 Esports Series, with the net effect to regular players being a chance to participate in future qualifying events.

I’m not that good, nor that much of a fan of esports, but over the past three years with the F1 video game, I have become a fan of the racing series in real life. I’m actually Googling “what time does the F1 race start?” when I work on Sundays. For me, that’s the true measure of a sports video game, and it’s where F1 has joined the likes of FIFA in both quality and appeal for me. All sports video games are educational in some way; even MLB The Show will teach me new things about hitting every year. But the video game that both educates me and develops me as a fan of the sport is really doing its job, regardless of the visuals and gameplay fidelity (which are still take-it-for-granted impeccable in F1 2019). If nothing else, Codemasters can go to its licensing partners and say it has grown the F1 and F2 TV audience by one (1) viewer. I doubt I’m the only one, too.