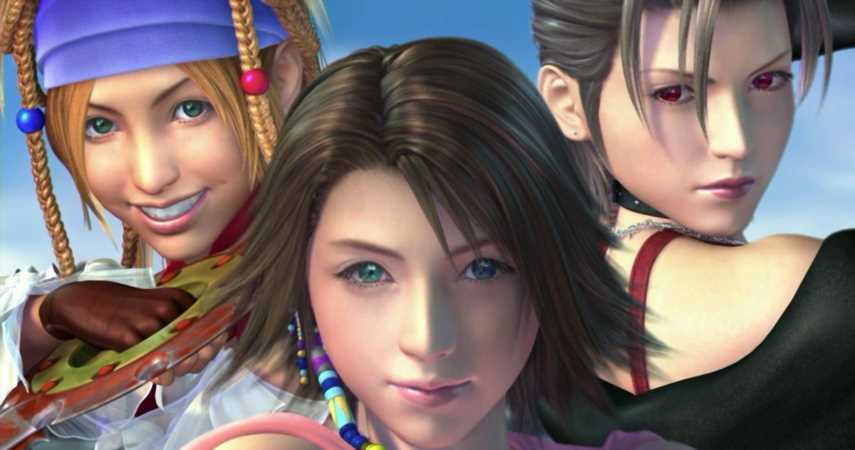 Final Fantasy 10 and 10-2 lands on Xbox Game Pass this week in remastered form, meaning that a duo of classic JRPGs are set to reach a new audience who might never have experienced them before. I’m incredibly jealous, with Tidus and Yuna’s classic adventures being some of the franchise’s brightest sparks for so many reasons.

FF10 is an emotional, melancholic adventure with gorgeous music and a touching narrative, while 10-2 is a beautifully absurd twist on the formula that throws it all away in favour of a glorious lesbian roadtrip. It’s fabulous, and honestly feels more relevant today than it ever has before. While it was drawing on idol culture and j-pop when it first released in the noughties, today the spin-off feels like a lovingly queer outing that isn’t afraid to be different, even if series’ purists look upon it with disapproval.

When I was younger, I was enamoured by 10-2, having already played through its progenitor a number of times and mastered some of its hardest bosses. I was ready for another grand adventure in this universe, even if the form it took was unlike anything I could have imagined. As a transgirl yet to acknowledge her true identity, and I wouldn’t for years to come, this was a powerfully feminine adventure that pushed aside all playable male characters in favour of a trio of women who were bold, powerful, and took no shit. They’re also pop stars – which makes the whole thing even cooler. 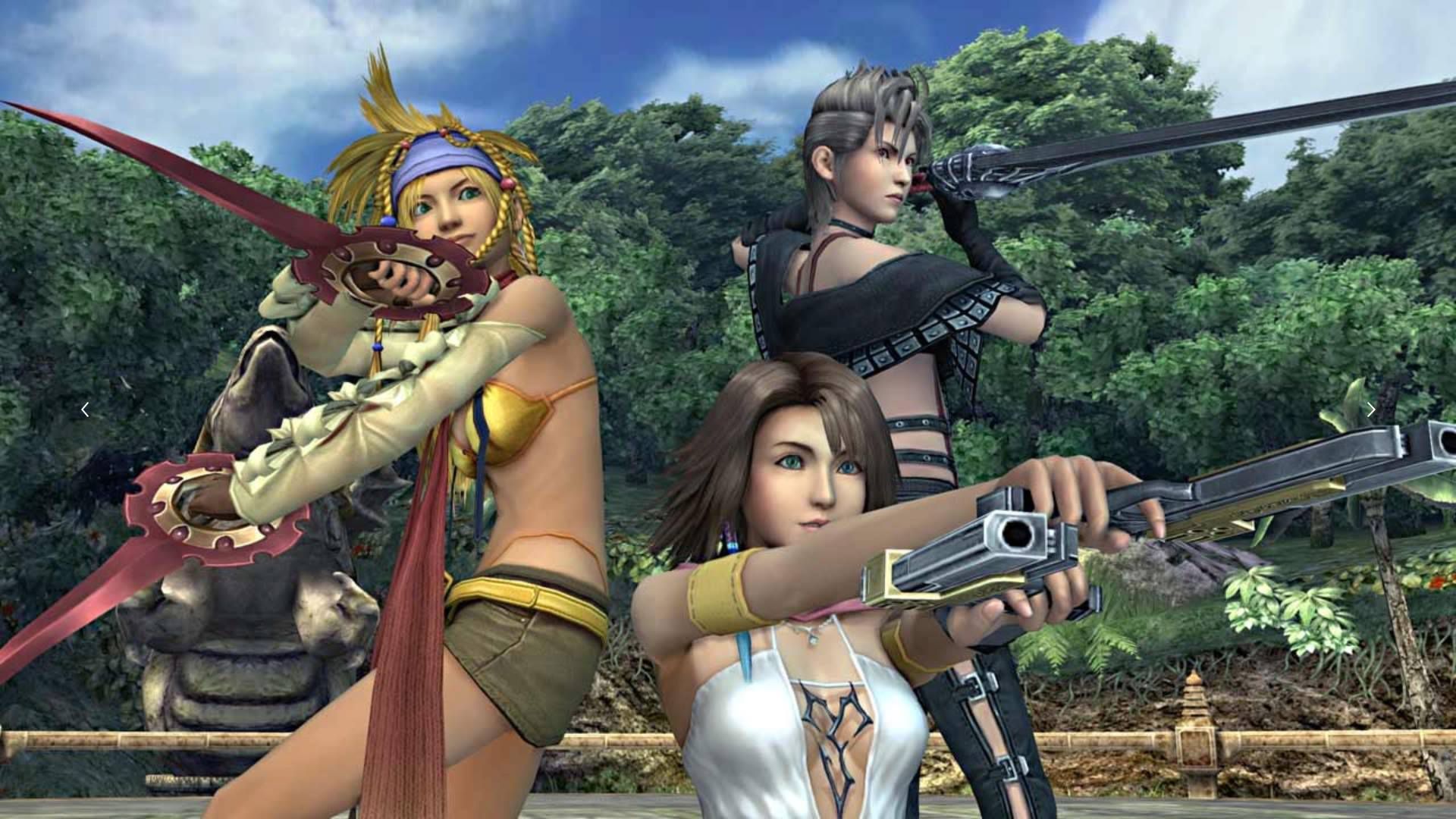 The opening of 10-2 will forever be etched into my mind. A devious sphere hunter masquerading as Yuna is performing for a sold-out crowd in Luca Stadium, a hall previously known for epic blitzball tournaments and doing battle with otherworldly demons. In a period of peacetime, it’s now a leisure centre where people can gather and celebrate knowing that Sin isn’t likely to wipe them off the face of the planet. From the opening moments, its atmosphere cements this spin-off as a very different kind of game.

As the performance continues, Yuna, Rikku, and Paine – or ‘YRP’ as they like to call themselves – take out security and storm the stage, initiating a battle to take back what’s theirs. The rival sphere hunter has stolen a dressphere, a piece of technology that allows its user to immediately change outfits and adopt a variety of different skills and abilities. It’s a class-changing mechanic, but the internal lore describes it as an ancient treasure that happens to double as an eccentric quick change trick. It doesn’t make sense, and that’s part of the charm.

That’s part of why Final Fantasy 10-2 is so alluring. Instead of a traditional sequel, it feels like a honeymoon after Yuna saves the world, throwing away her summoner garb in favour of hot pants and pistols. Spira doesn’t bat an eye, still treating her like a celebrity as she and her homies fly their airship into random locations while searching for treasure. It’s a worse game than its predecessor in every conceivable way, but it’s not trying to be a JRPG all-timer – it’s content with taking us on a fun ride that never takes itself too seriously. This lack of urgency can make it feel a bit aimless, with almost every major location across Spira accessible after the opening mission. 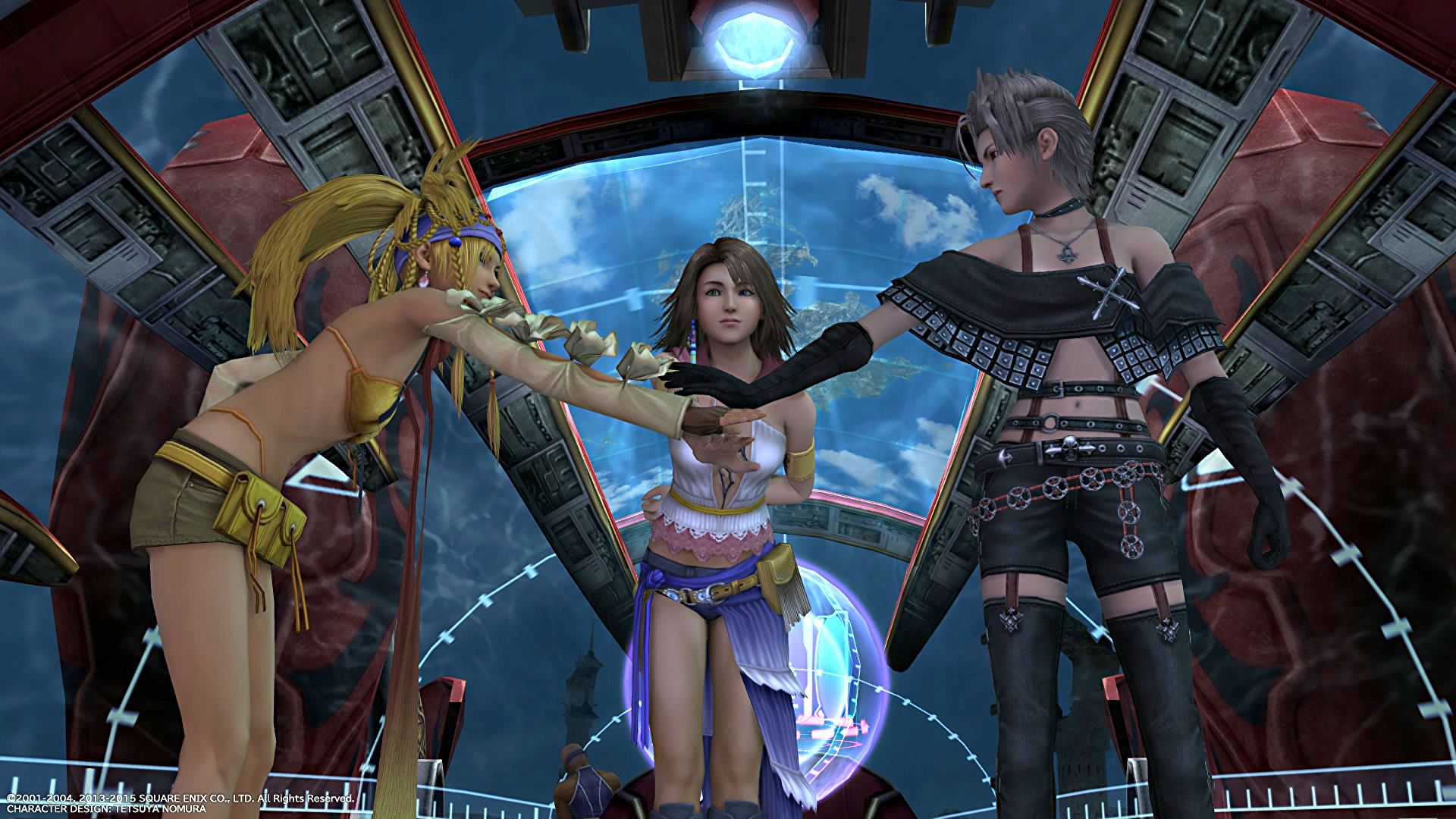 Most of them are host to pointless minigames, not being relevant until the unfolding narrative dictates they must be. 10-2 could have done more with familiar locales, but watching Yuna revisit locations that once heralded her as the saviour of the apocalypse but now simply view her as a curious young woman wanting to find herself in the world is a refreshing turn of the tables. She’s no longer burdened by an inconceivable responsibility, yet still hopes to uncover the secrets of those she lost and could perhaps one day recover. Bubblegum pop still drives the tone and atmosphere, but a more sombre purpose sits underneath that isn’t afraid to make itself known from time to time.

Back in 2003, its twist on these characters was viewed with unfair scepticism, but in 2021, the picture is far more positive. Yuna, Rikku, and Paine aren’t afraid to be themselves, even if it means dressing in silly outfits and having the time of their lives. It’s a delightful declaration of their own identities. Across social media and amidst fan communities, I’ve seen millennial fans, and especially those in queer communities, view this sequel from a positive perspective. They love it, because it presents such a cliched genre from a different, more feminine light where melodramatic teenage boys aren’t the focus anymore.

If Final Fantasy 10-2 released in 2021, I guarantee you it would be a monster hit amongst such groups, even if traditional critics viewed it as a strange twist on their beloved Japanese anime games. It isn’t afraid to stand out from the pack, taking a JRPG classic and morphing its world and characters into something almost unrecognisable. Now it’s on Xbox Game Pass, I hope a whole new audience takes it for a spin and falls in love just like I did all those years ago.