I have been playing Genshin Impact for over a month and have yet to grow bored of the world it has to offer. It’s worth noting that this doesn’t mean I spend five hours a day wandering around Teyvat — often, I log in for 20 minutes or so just to box off my daily commissions and tackle a sidequest or two. I firmly believe that this is Genshin Impact’s greatest strength.

For some reason, Genshin has me constantly wondering about the new Fable game that Playground Games is working on. We know barely anything about this, mind. All of the good stuff appears to be locked behind a big fat Demon Door. One thing we do know, though, is that loads of people reckoned it was going to be an MMO. This was quickly debunked by Xbox insider Klobrille back in July, which is fair enough. New Fable’s not an MMO. We get the picture.

Genshin’s not an MMO either, but it does take a variety of lessons from the genre. It has shared spaces and co-op events. Its world is designed as a progression tool of its own — hard level-gating ensures that you can’t progress through the main story without becoming intimately familiar with the area it takes place in. The fact it runs on a regularly updated individual server even plays a role here — logging in and seeing I have mail from Mihoyo reminds me of the startup UI for Final Fantasy 14 or World of Warcraft. It’s a game where every day brings something new, where you can pal around with mates in multiplayer areas or become friends with new folks who seem sound. Sure, Genshin caters to a single-player experience for those who want it — but if you’re after something a bit more sociable, especially in times like these, Mihoyo’s got loads of that for you as well.

The above paragraph sums up just about everything I want from the upcoming Fable game.

I’ve been a diehard Fable head for years. I even wrote an ode to the much-loathed but actually-very-interesting Fable 3 a couple of weeks ago. I know Fable 3 was weak in loads of ways, but it experimented with some weird shit, and I can respect that. Plus we’ve always got Fable 2 as a bonafide Perfect Game, so I don’t mind if Fable 3 isn’t the most replayable experience ever designed. Anyway, I digress — Fable 2 co-op was brilliant, wasn’t it? 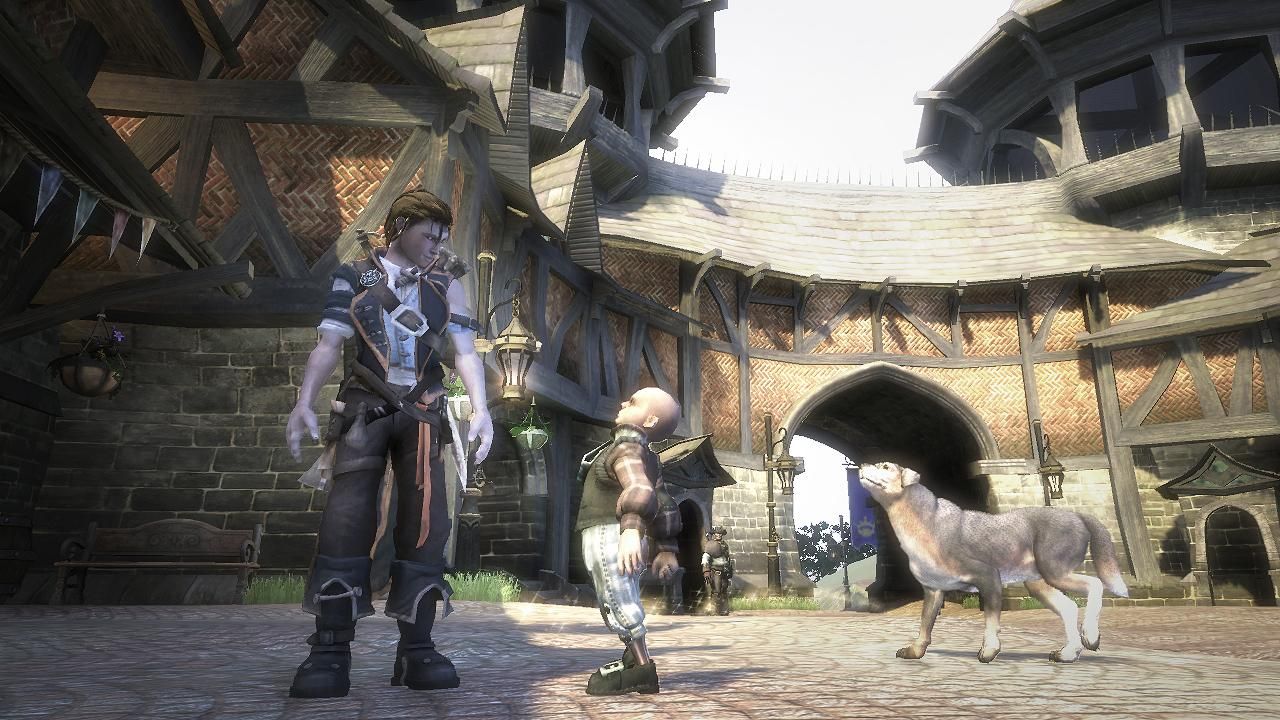 There was nothing quite like getting together with your mates and farting in some uppity noble’s face. Let’s have our dogs antagonize everyone in the village while we taunt them from afar. I loved growing great big demon horns and knocking about Bowerstone with people cowering in fear, not because I was especially dangerous or murdery, but because they knew I was going to be as rude as humanly possible before revelling in their misfortune and legging it off to ruin someone else’s day.

I agree that Fable brings a distinctly single-player narrative experience to mind. Knocking the shit out of Lucien Fairfax is something you want to do on your own terms, in your own space. But despite Fable’s story being good, the best bits were always the parts you got to experience with other people. I didn’t start a new game very often because all I wanted to do was to stay massively overpowered and wreak havoc on Albion with my pals without having to worry about any repercussions. That being said, there eventually came a time and place where I thought, “you know what? Maybe three months of (literally) farting around Fable 2 is enough.”

I’d like to go back to what I mentioned at the beginning of this piece. A month and a bit into Genshin and I’m still signing in on the regular. I’m dying for another Elemental Crucible-esque event where I can partner with random players and boot around some hilichurls in all-out cooperative mayhem. I know I can play the rest of the game in co-op, but again — I like the single-player parts being single-player. That’s a great thing about Genshin — it recognizes that balance between experiencing a story on your own and exploring the world around it with other people. I think that would be great for Fable in particular — maybe Bowerstone is an MMO-esque hub where you can flick a switch and all of a sudden, boom! Marketplace, flog your trinkets and bullshit for coin, the more you rip people off the better. Flick the switch back and all of a sudden, boom! NPCs are the only people bothering you, and you can just ignore them if you want. 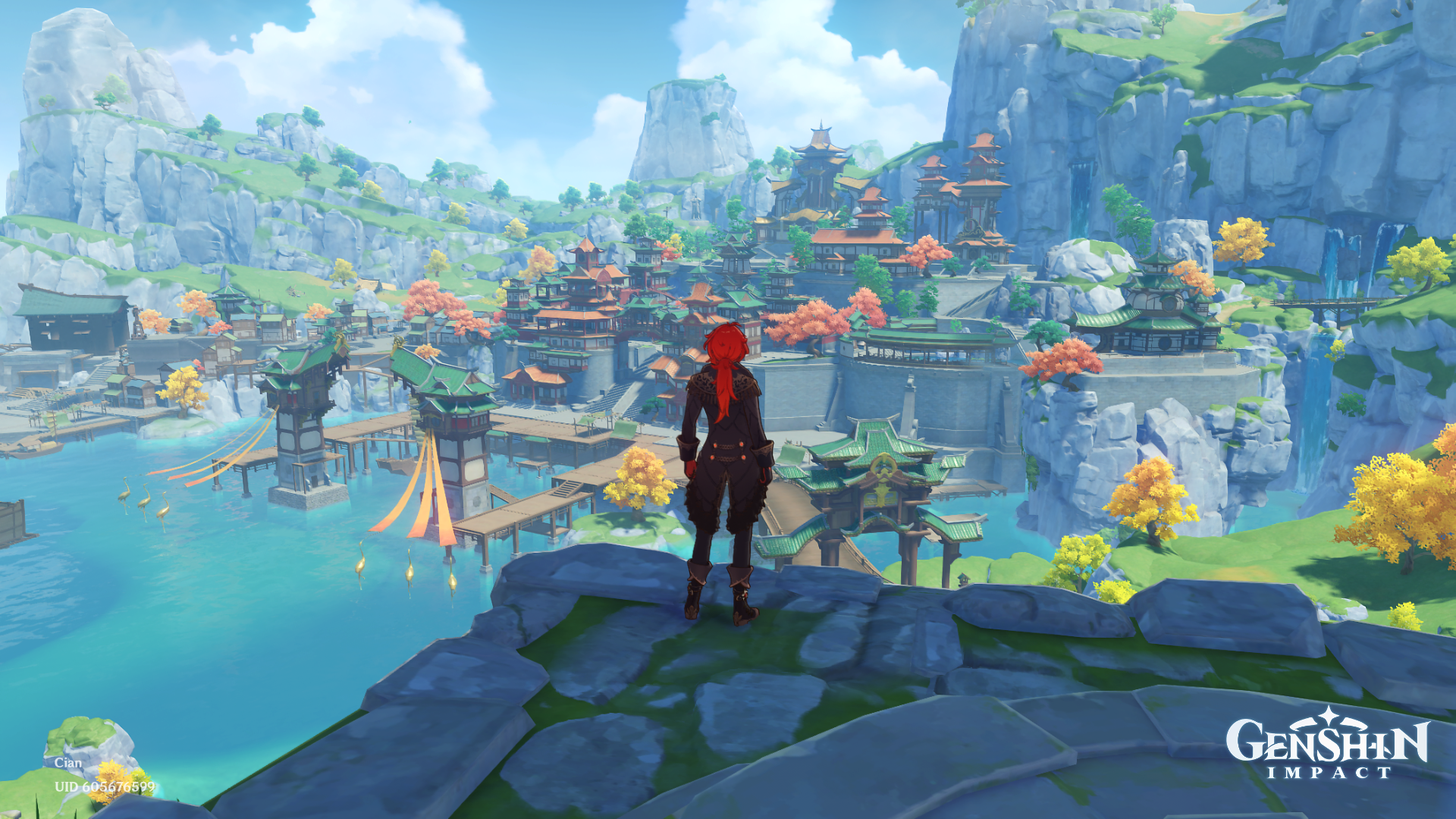 I don’t reckon this option should be everywhere, either. It would be great for some areas to be exclusively single-player. Maybe we could have a designated PvP arena off in the shithole known as Aurora. The main thing here is that it’s a game designed to be experienced as a single-player narrative that takes partial credence from MMO design, where even when you’re on your own you can feel as if you’re playing something with an active and tangible community. This is nice with Genshin, but it would be particularly brilliant for something like Fable, where everything is just — forgive me for using this usually lazy but in this case especially accurate word — fun.

Maybe it’s just me. I enjoy playing Final Fantasy 14 the odd time and liked Runescape when I was a kid, but aside from that I’m not a big MMO guy. Fable, though… Fable’s different. I remember spending entire days with friends just traipsing around Albion in split-screen, causing as mighty a ruckus as humanly possible. It’s probably the most enthusiastic I’ve ever been about playing a game, at least in terms of actively responding to it — laughing, shouting at the screen, calling NPCs names befitting their animated and imbecilic selves. I think having at least some online elements — preferably the exact ones I assigned to Genshin above — would allow us to really tap into that same experiential nostalgia that made Fable what it was. I don’t want loads of fetch quests tied to MMO grinding — which Genshin has lots of, but fortunately doesn’t force you into — or to have some leech come up and steal my loot after taking down a massive dragon lad or whatever. But I do want to be able to share the experience of playing Fable with other people, because that’s always what made Fable special, and different from other games. It just gave you and whoever you were playing with this mutual, magical sense of joy. Regardless of what Playground does with Albion, gnomes, and Reaver — please bring Reaver back — I reckon I’ll be delighted with the new Fable game once it lets me play through the story like the previous ones without locking me out of its unique form of co-op delinquency and debauchery.