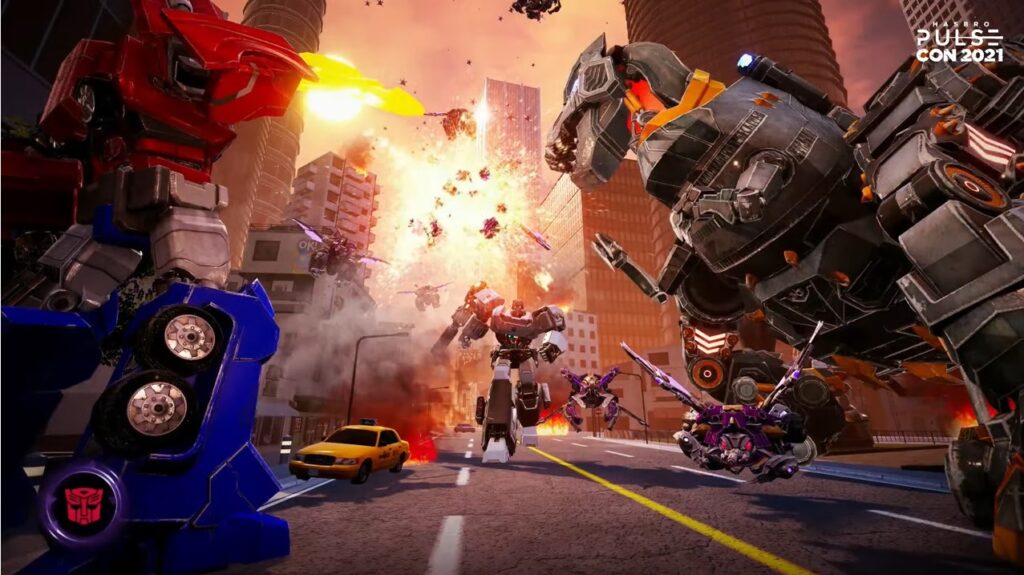 Last week toy company Hasbro held its annual Pulse Con event online, and amongst all the announcements the company revealed a new Transformers virtual reality (VR) experience. Called Transformers Beyond Reality, the videogame will be coming to PlayStation VR and SteamVR headsets before the end of the year.

Described as: “A thrilling arcade-style first-person shooter VR game,” Transformers Beyond Reality likely won’t hold many surprises on the narrative front; you play an Autobot fighting the Decepticons to help save both Earth and Cybertron. So expect plenty of big guns and explosions.

Keeping with the original toy and cartoon designs rather than the revamped one from all the Michael Bay movies, Transformers Beyond Reality is being built by Meta4 Interactive. This is possibly why some of the footage shown feels a little familiar, that’s because the team previously worked on location-based entertainment (LBE) title Transformers: VR Battle Arena from 2019 and its follow up Transformers: VR Invasion.

Both of these were 4-player experiences whereas Transformers Beyond Reality looks to be a single-player adventure – although gameplay specifics have yet to be confirmed. What looks pretty definite from the brief gameplay shown is that Transformers Beyond Reality is going to be an on-rails shooter, as each clip showed the player character wandering down the middle of city streets, shooting enemies with one hand and being able to use a shield in the other.

Even with sparse details at least there isn’t long to wait. A Winter 2021 launch for PlayStation VR and SteamVR players has been confirmed, so you can be battling giant robots in time for Christmas.

Hasbro isn’t solely interested in bringing the Transformers franchise to VR. During the summer it revealed a collaboration with TOMY and Niantic Labs for an augmented reality (AR) title called Transformers: Heavy Metal. Another geo-location experience, players will be able to fight Decepticons in turn-based battles, either on their own or with friends.

For continued updates on Transformers Beyond Reality as 2021 draws to an end, keep reading VRFocus.