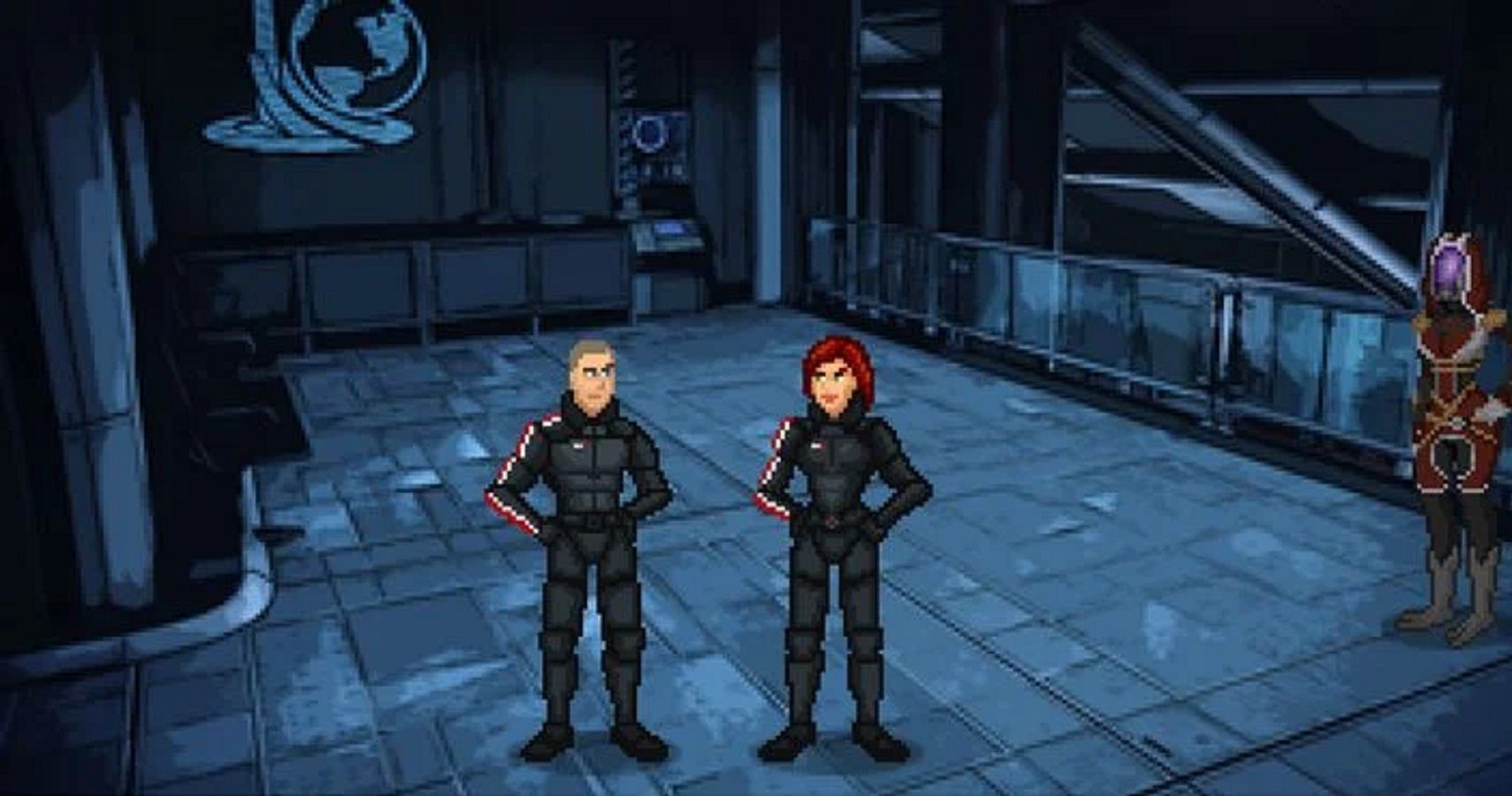 I love all of the techno babble around the Mass Effect: Legendary Edition remaster. It’s all 4K this and ray tracing that, which basically translates into it being the same game we all know and love, it just looks better. That’s why I’m so fascinated by the work of Lee Swain and Brett Pelaez. A few years ago, they ‘demade’ Mass Effect into an hour-long, animated point-and-click adventure as an unofficial fan project called The Adventures of Commander Shepard. Now, with the Legendary Edition on the horizon, they’re heading in the opposite direction by demaking their own game even further, deliberately making the graphics worse and changing from smooth animation to ‘90s-era pixel art. I caught up with Swain to ask him, quite simply, “Why?”

“We had originally played with the idea of going with the retro pixel art back then, and I think a part of me always regretted that we didn’t,” Swain explains. “We were happy with the original look, but there is a timeless charm to pixel art. And it suits the concept of a demake much more of course.” The demake isn’t just about taking away from the original though. The new version will also be adding fresh features, including the much anticipated arrival of FemShep. “There were several things we had wanted to do the first time but decided it was more important to release it than risk it never getting finished,” Swain continues. “Mainly full voice acting, the ability to play as female Shepard – who is actually my favorite – and just more writing and puzzles.”

It wasn’t so much that typical animation was chosen over pixel art consciously at the time, it’s that the game originally started life not as a game at all, but as animated shorts, meaning the art style was already in place. “Myself and co-developer Brett Pelaez are both huge fans of the series, and we came up with the idea of making some short comedy animations based on the games,” Swain says. “I already ran a popular Mass Effect fan website and we thought we could put them up there and on YouTube.” The move from this to a point-and-click adventure was a fairly natural one after this, as Swain had always wanted to make a game in that genre, and had even begun an unrelated project a few years earlier, but was unable to finish because “college and life got in the way at the time.” 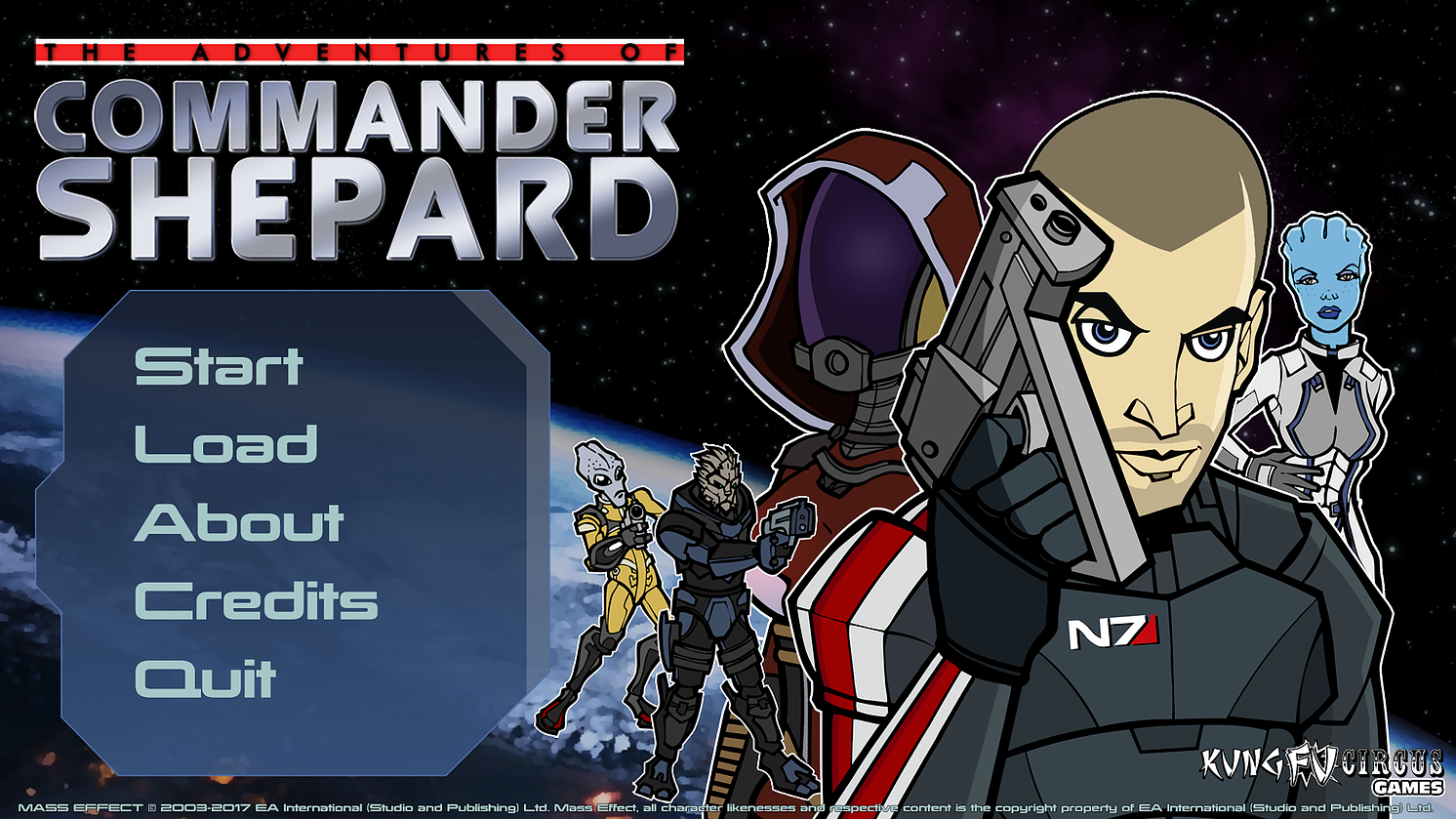 It’s this love of point-and-click games that led to the original Mass Effect demake, so it’s no surprise that classic pixel point-and-clicks are amongst Swain’s biggest influences. “I replay Monkey Island 2, Indiana Jones and the Fate of Atlantis every other year and have replayed all the classic LucasArt adventures many times. I still closely follow the careers of my point-and-click heroes: Ron Gilbert, Tim Schafer, Dave Grossman, Roberta Williams,” Swain says, while also paying tribute to the more modern games that have embraced the point-and-click spirit. “I was very sad when Telltale Games went under, [but] there have been some absolutely brilliant original adventure games released over recent years, many that have evolved the genre to take advantage of the new technology. The Life is Strange series is probably my favorite of that type but there are many great examples.” He also mentions Whispers of a Machine, Kathy Rain, Thimbleweed Park, all of which – like the upcoming Mass Effect double demake – hearken back to the classic pixel art style.

It’s not just Swain’s affection for point-and-click games though; there’s something about Mass Effect specifically that leaves it open to being reimagined in this way. “Outside of the actual combat, a lot of the moment to moment gameplay in Mass Effect really does lend itself to a classic point-and-click,” Swain says. “There is a lot of walking from one place to another and talking to people in what amounts to dialog trees. There are even fetch quests!”

Following the first Mass Effect point-and-click game, Swain and Pelaez started making an original game together, but have since shelved that to focus on the demake in the wake of the Legendary Edition announcement. As well as pulling inspiration from the classic point-and-click games, implementing Mass Effect’s overarching decisions means looking to more modern muses. “The classic point-and-click games rarely allowed you much choice that would affect the game’s story, that was something that has become more common over the years,” Swain says. “The Walking Dead Telltale series was very much a point-and-click adventure game in a more modern style, and there is a direct line from the classic LucasArts games and those games were a bit of a revolution and very influential in the area of video games that allow your choices to affect how the story plays out.” 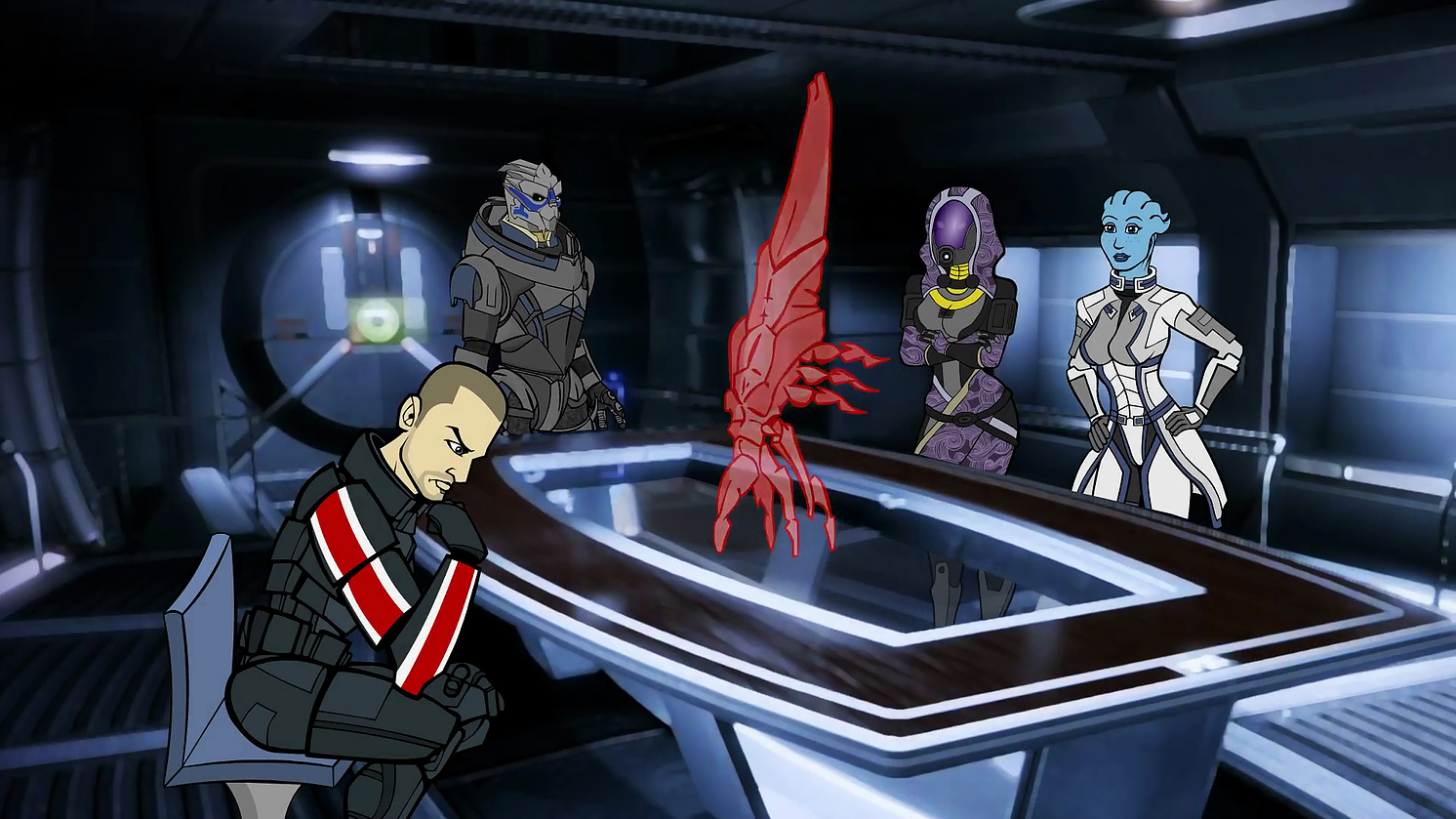 Of course, as well as the actual decisions, a major choice to be made in Mass Effect is whether to be Renegade or Paragon, and Swain explains that this area is getting more depth in the demake. There will be more specific Renegade or Paragon options this time around, and the choices will have more influence on the game itself.

While fans can enjoy a Mass Effect of the future in May, Swain is hoping that when the demake releases – sometime this year, though after May, he suspects – they’ll get to see the Mass Effect of the past, too. “Our intention is really for it to feel like you are playing a lost game from the mid ‘90s. The version of Mass Effect that never was.”

Next: Being A Gym Leader Is The Best Way To Play Pokemon 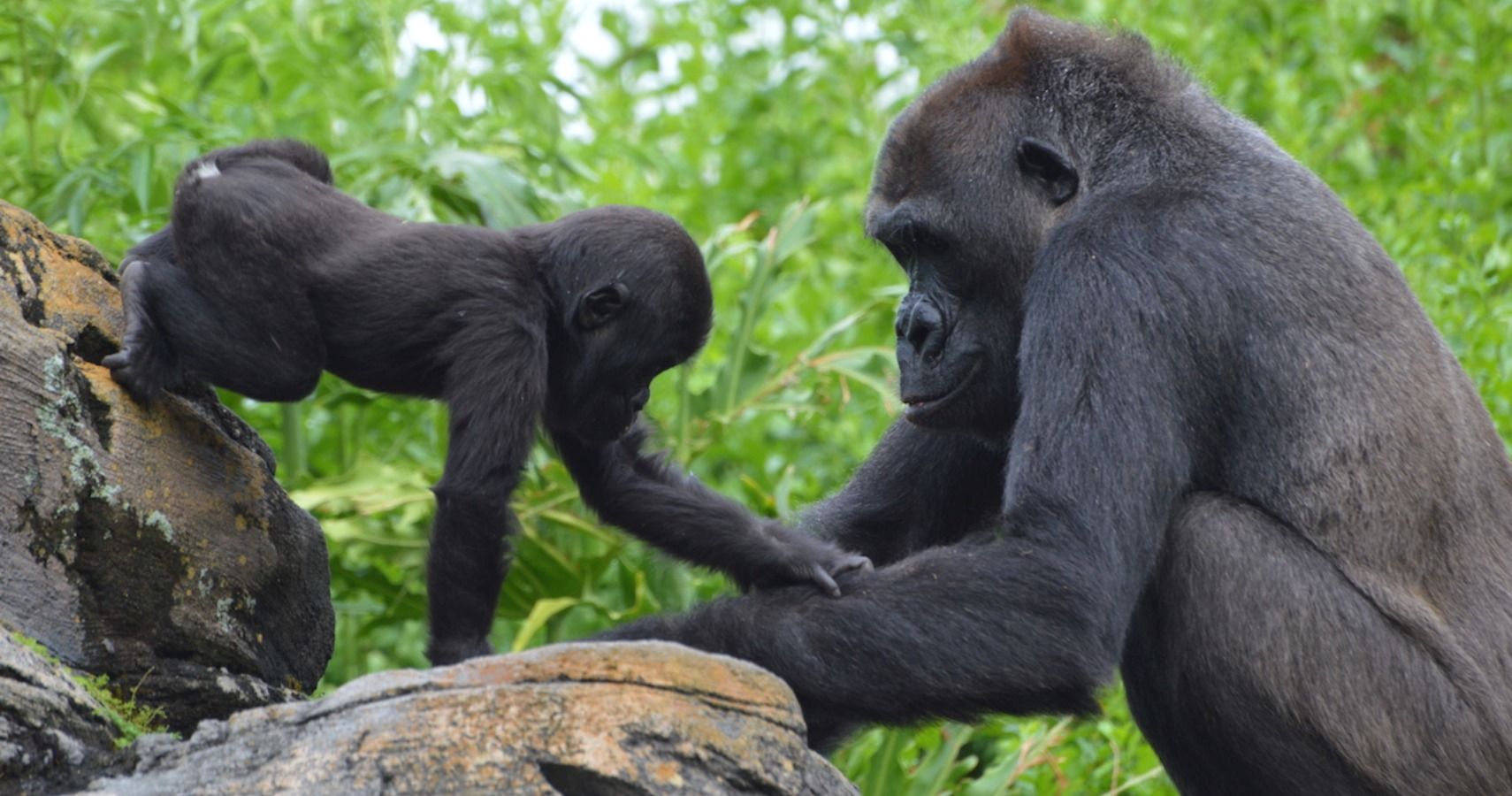