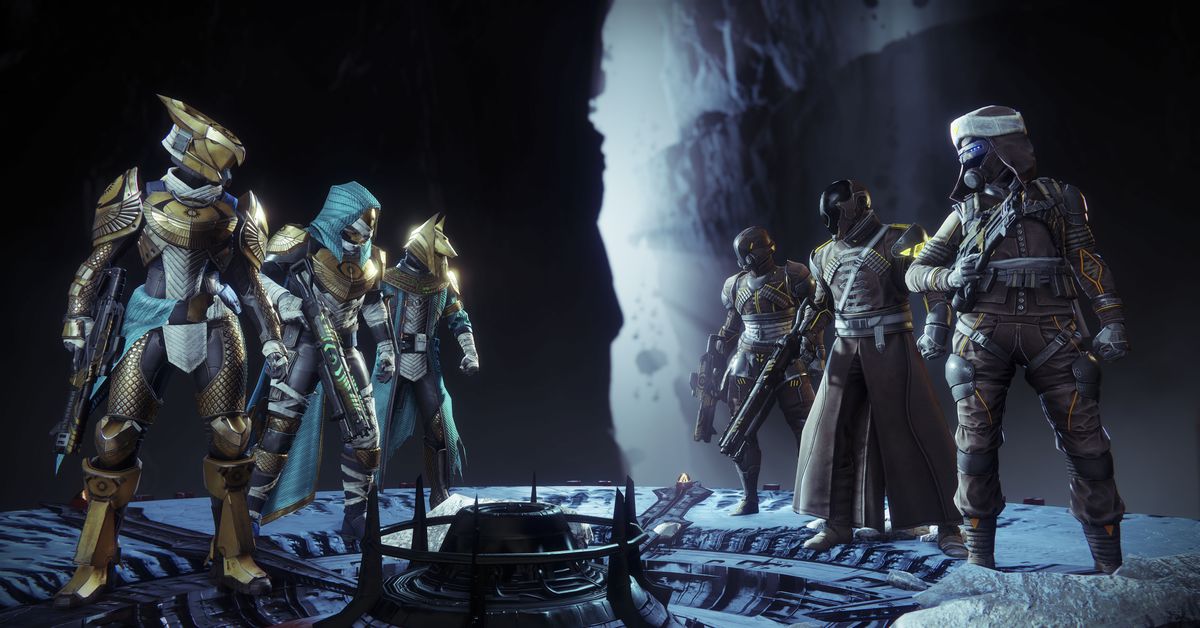 Since the launch of Destiny 2, Bungie has struggled to maintain the balance between its PvE and PvP communities. The two camps have argued for years about whether Destiny should just be a PvE game or if it truly has room for competitive offerings. In the process, every player has lost out. Every time Bungie tries to make a new addition to the cooperative game, it’s hamstrung by multiplayer balancing — and vice versa.

Bungie’s devotion to both sides of the Destiny coin, while admirable, has resulted in an identity crisis. The studio likely won’t ever separate its PvP Crucible from its PvE cooperative activities. But if anything is clear, it’s that current attempts toward harmony aren’t working.

The history of the clash

Guardians fighting on the Moon in Shadowkeep
Image: Bungie

The original Destiny’s PvP was somewhat of a mess, with players mostly abusing a stable of one-shot-kill weapons, like shotguns, instead of primary weapons like auto rifles or hand cannons. But it was beloved by a certain group of players. Many who finished all of Destiny’s PvE content saw the Crucible as a way to extend their playtime. Some of Destiny 2’s most prolific content creators cut their teeth on the original game’s multiplayer, and they’ve carried that knowledge and experience into the sequel.

Players could now equip two primary weapons — one of which did elemental damage — and a heavy weapon. Previous special weapons like shotguns and the series-unique fusion rifle were now in the limited-ammo heavy weapon pool, just like rocket launchers and swords. This “double primary” time period of Destiny 2 resulted in some genuinely enjoyable PvP. Opponents were able to develop more of a cat-and-mouse game since they weren’t able to kill each other as quickly as before — as shotgun and sniper rifle ammo was rare. For all of the newfound joy in PvP, however, Destiny’s PvE game suffered from the change. Those one-shot weapons Bungie made less accessible to improve the Crucible were the same weapons that were essential to taking down high-level PvE enemies.

Then came the Forsaken expansion, which brought its own changes to Destiny 2’s loadout system. As was the case at Destiny 2’s launch, players could still use double primaries. But they could also customize their loadouts with two special weapons — a shotgun paired with a sniper, for instance — or a combination of both special and primary weapons, a la the original Destiny. This freedom gave PvE players more room to experiment with unique loadouts. But the change also took PvP back to the one-shot hellscape that it had been in the original.

Now, with those frustrations back in place, Bungie is once again ping-ponging its balance efforts. In a recent interview on the Firing Range podcast, run by some of Destiny’s top PvP enthusiasts, Bungie developers doubled down on Destiny’s philosophy of a shared “sandbox” (a term used to describe the game’s current balance environment). For Bungie, it’s key to the Destiny experience that players can pick up a new gun from a raid, bring it into the Crucible for a spin, and have a similar experience with the weapon in both modes. The studio doesn’t want players to practice using an ability against a Fallen Dreg in the Cosmodrome only for that ability to behave differently against actual enemy players.

This attempt at symbiosis has most recently affected Destiny 2 with the new Stasis subclasses added in the Beyond Light expansion. These classes started out strong in PvE content, where freezing enemies with ice powers proved to be a satisfying mechanic.

But the Stasis classes were so powerful in PvP that Bungie quickly nerfed them. While this nerf started to smooth out PvP — even if Stasis remained overpowered for months — it was a major hit to the viability of the subclasses against AI enemies. Bungie recently announced plans to roll back some of the nerfs to help Stasis return to viability in PvE.

Perhaps you’re starting to recognize a pattern? These same changes that will improve Stasis’ viability for PvE players could have a ripple effect on the PvP community. The Pendulum continues to swing. The lack of consistency isn’t in how abilities and weapons behave on a mode-to-mode basis, but on a season-to-season basis throughout the entire game.

So, Is Destiny a PvP or PvE game?

Old-school Guardians battling each other in the double primary days
Image: Bungie

Based solely on where Bungie puts its time and resources, it’s hard to argue that Destiny 2 isn’t a PvE-focused game. PvP players, despite their devotion to the shooter, have barely seen any new content. A Reddit post earlier this year pointed out that it’d been more than 600 days since Destiny 2 received a wholly unique PvP map, rather than something ported from the original game. Meanwhile, Bungie updates the game with new PvE content every three months and then drip-feeds that content throughout the following season. While assistant game director Joe Blackburn has recently revealed plans to add more maps and modes to the Crucible in 2022, many players feel like it’s too little, too late.

Bungie’s biggest dilemma is that, despite a track record of focusing primarily on PvE content in Destiny 2, the studio has cultivated a dedicated PvP community over nearly seven years — longer, if you consider the good will it garnered with Halo’s touchstone multiplayer offerings. It can’t just throw away the players who have gotten so attached to its competitive arena. But, all things considered, it’s undeniable that Bungie’s attempts to balance the Crucible are causing disharmony in its larger PvE landscape.

Some players have floated spinning off PvP into its own game. Others have simply shouted for Bungie to balance the two game modes separately. One of those solutions involves developing another title completely, with more standardized weapons like Halo, since players wouldn’t bring in tools from other activities. And the other is something the studio is expressly disinterested in, as indicated during the balance conversation on the Firing Range podcast.

So what gives? Bungie has placed itself in an impossible position. Destiny has always thrived on raids, dungeons, and repeatable co-op activities. It’s what I come to the game for, and where I’ve made some incredible friends. But others have the exact same experience from the PvP side of things. Is my experience more valid than theirs? I don’t think so.

But as both sides of the Destiny player base grow increasingly frustrated, that’s a question the developers may have to answer for themselves. In the end, the buck stops with Bungie, who wants to have its multifaceted MMO experience and eat it too.