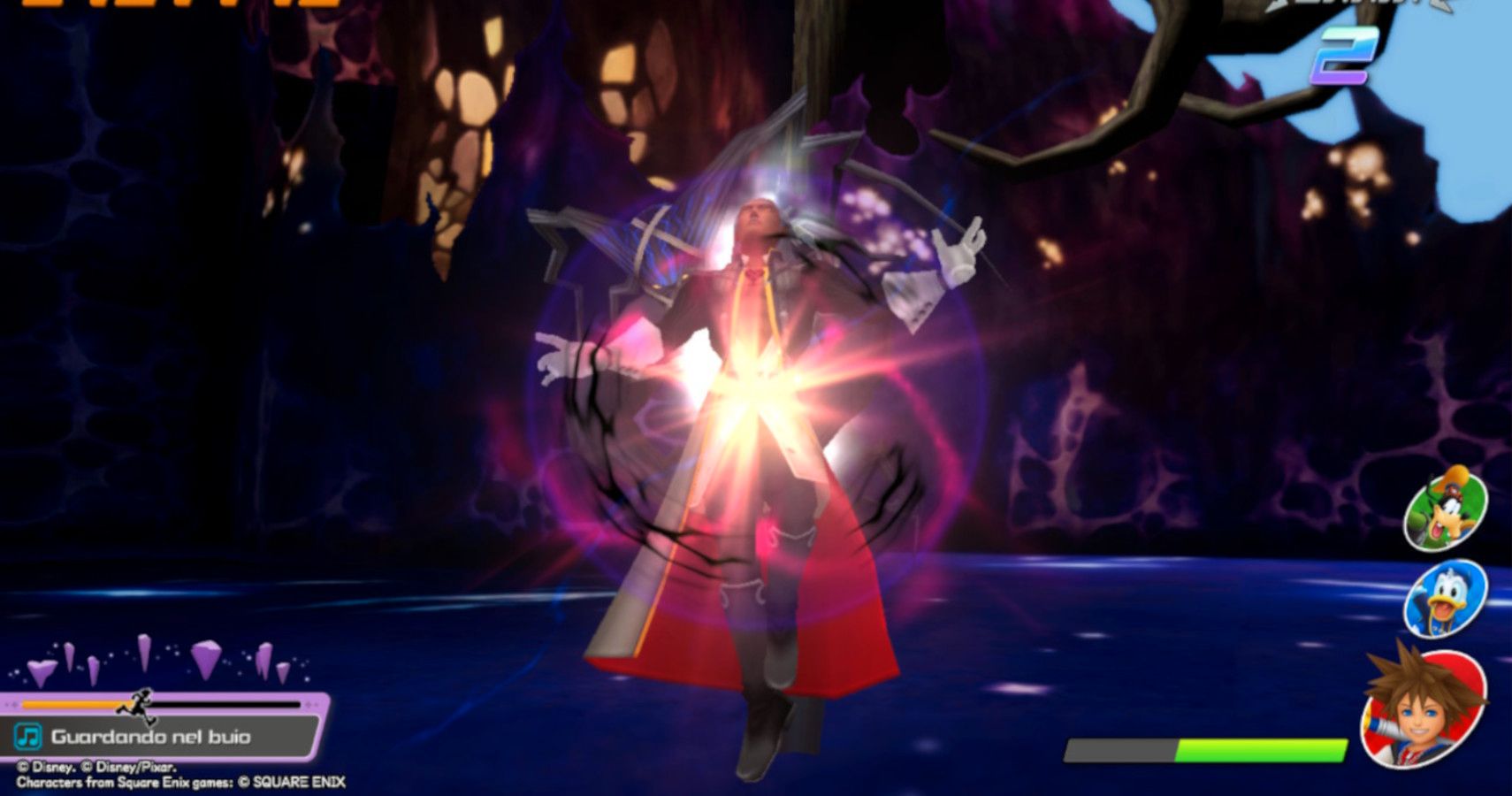 Melody of Memory is a pretty remarkable victory lap for the Kingdom Hearts series. It wouldn’t have occurred to me to round out two decades of action RPGs with a rhythm game, but this cozy treat down memory lane does a wonderful job of celebrating the franchise’s highlights including, unsurprisingly, the music. Sinking into a stress-free session of Melody of Memory always rewards me with a nice big dose of nostalgia. Just as I settled into the game last night and became a human metronome, however, Melody pulled the dirtiest trick of all time with a massive difficulty spike and a surprise boss fight. My chilled out jam sesh morphed into a white knuckle fight for my life against Kingdom Hearts’ final boss: Ansem, Seeker of Darkness. I speak for all Kingdom Hearts when I say the first boss fight in Melody of Memory is seriously in need of a trigger warning. I’m still traumatized by the Ansem fight in Kingdom Hearts and it seems like Melody of Memory thinks that’s funny.

I was 12 when Kingdom Hearts came out. As I’ve grown up and replayed the game (more times than I’d like to admit) I’ve overcome a lot of the bosses that I thought were OP when I was a kid. The Guard Armor can be managed if you grind Traverse Town a bit, Captain Hook’s bombs are easy enough to cheese, and even Possessed Riku isn’t that hard once you learn to time your dodge. Ansen, on the other hand, is still a nightmare, 20 years later. It’s a brutal fight that requires precise counters and pretty much every defensive ability in the game. It’s easy to get combo’d to death before you even have a chance to heal, and losing the fight will send you all the way back to the beginning to redo the first of three fights and rewatch the cutscene again, and again, and again. If you can close your eyes and hear Ansem say “You see, Darkness is the heart’s true essence!” then you know exactly what I’m talking about. 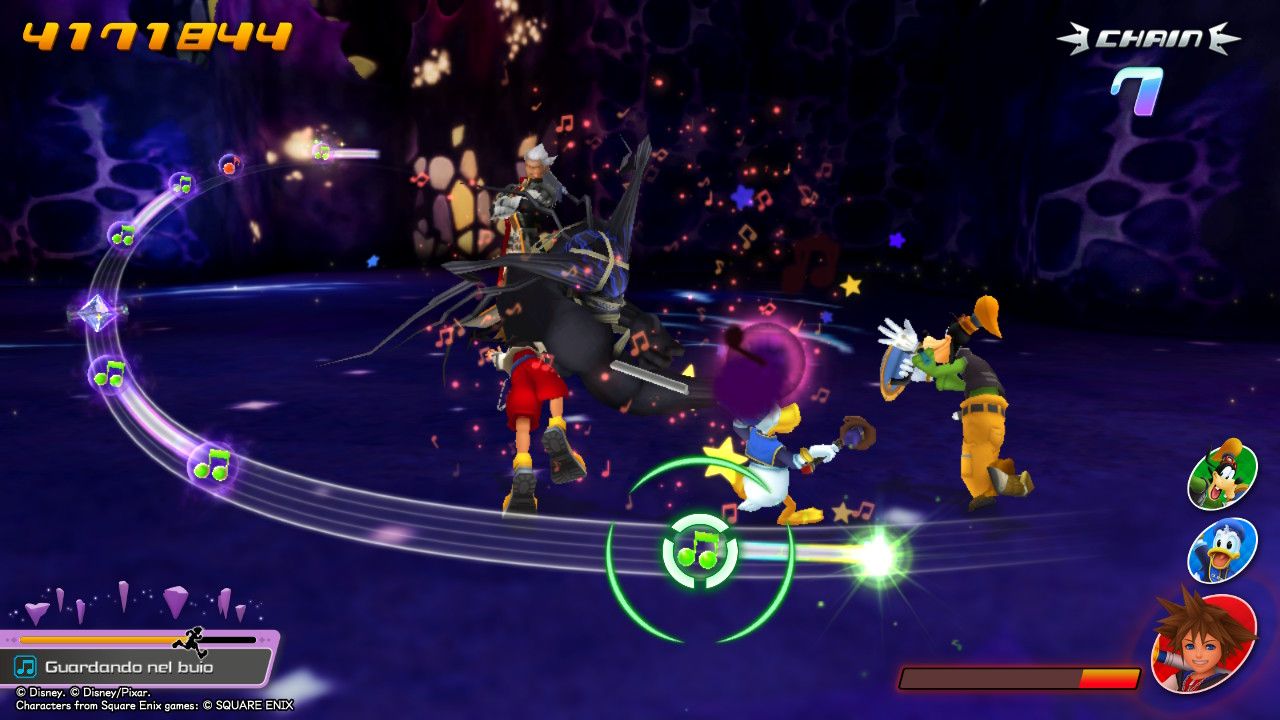 The Ansem fight was brutal. It was hard then and it’s still hard now, given what my adult-aged friends have told me when playing through the game for the first time. It’s been almost 20 years but I still remember restarting this boss fight dozens and dozens of times late into the night. There are much harder boss fights later in the series, and Ansen is nothing compared to Sephiroth or many of the other enemies in the coliseum, but Ansen is the last challenge before you finish the game. This boss fight has remained one of the most punishing battles in my gaming career. When I got to the end of the KH1 story in Melody of Memory, I had no idea I’d soon be reliving that childhood trauma, this time to the rhythm of the beat.

Melody lulls you into a false sense of security that I find particularly devilish. Though you re-experience several of the game’s boss fights at the beginning of Melody, they’re no different from any other level in the game. The Darkside battle and the Possessed Riku battle play exactly like Little Mermaid’s Under The Sea. When I finally got to Ansem, I was expecting more of the same. 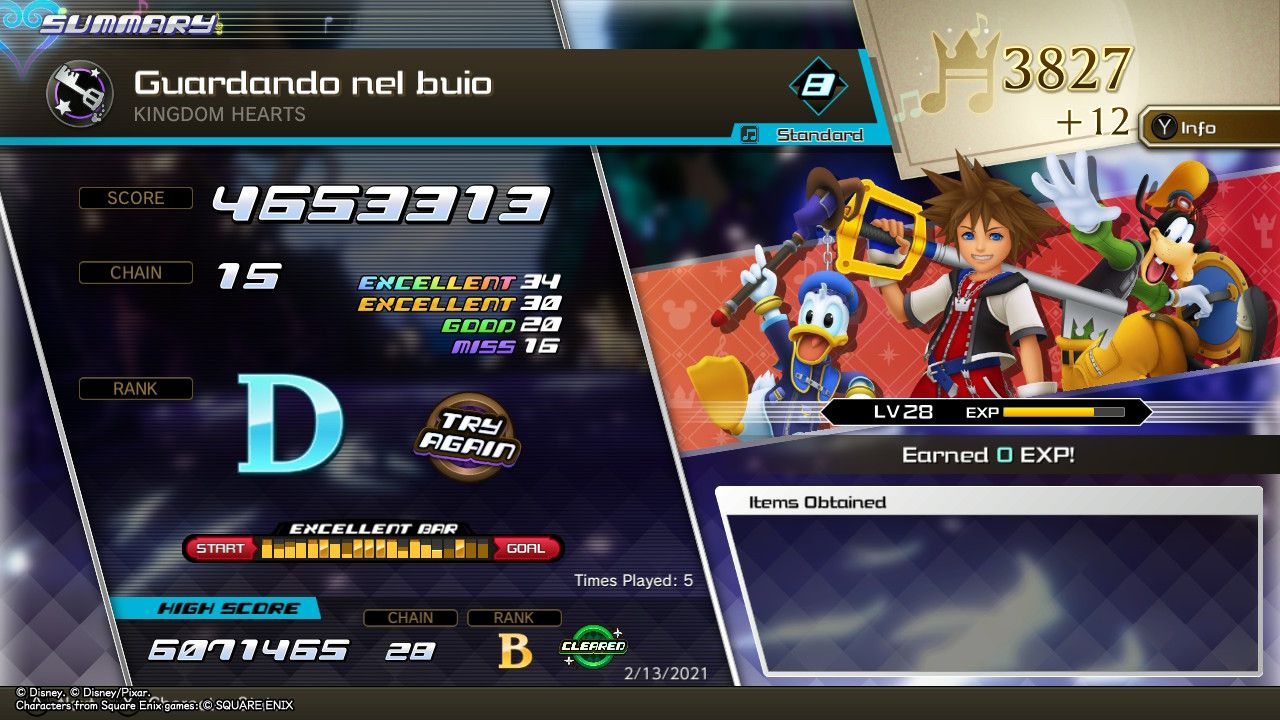 Boy was I wrong. Boss fights in Melody change pretty much everything about the game. Sora and his crew no longer run forward on a music staff and attack to the rhythm, now the staff twists and turns around the screen as notes come flying at you from the side and Sora engages in a cinematic battle with the boss. There are brand new mechanics like notes that need to be held and notes that require directional inputs on the sticks — something you’ve never needed to do before anywhere throughout the game. Occasionally, the notes will disappear entirely and you’ll need to react to the fight itself by dodging Ansem’s attacks. It’s a lot to learn all at once and I’m not ashamed to say I failed this song half a dozen times when I hadn’t ever failed a song before.

As I repeated the level over and over, I was suddenly 12 years old again, cursing at my dad’s rear-projection TV with the built-in DVD player. Melody does an exceptional job of feeding the nostalgia of Kingdom Hearts fans, I just didn’t expect it to be able to recreate the feeling of fighting Ansem so expertly. It was a dirty trick, but honestly, it made me more excited to keep working my way through the game so that I might get the chance to relive other buried memories. A melody of memories, you might say. 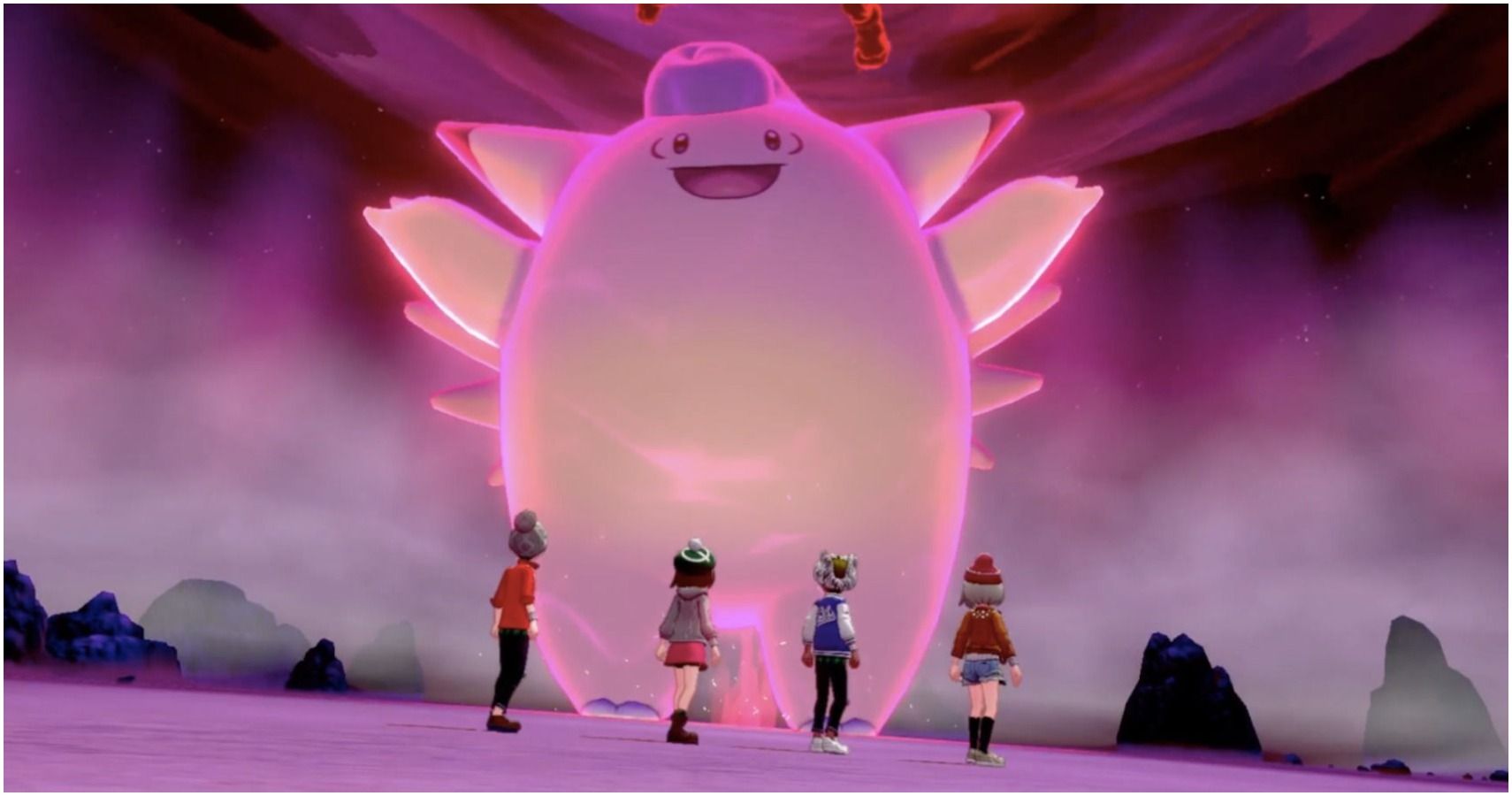