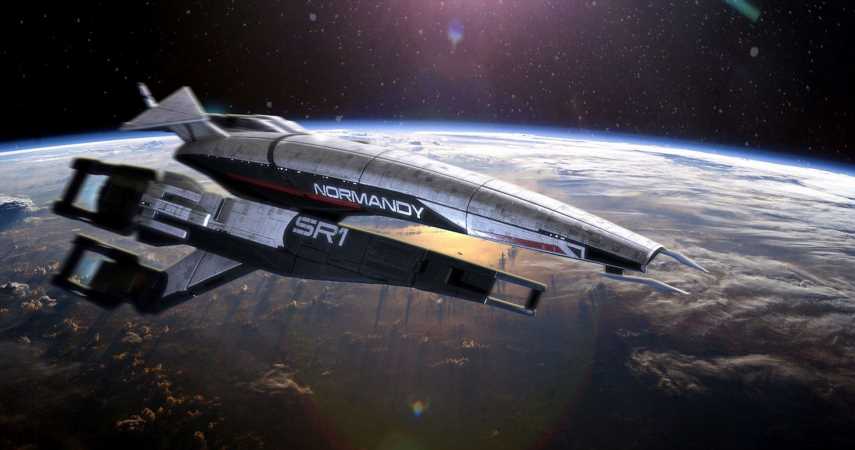 We all have a different favourite Mass Effect character. That’s part of what makes the series so great. But while we’d all pick different characters, we’re picking from the same pool. My personal favourites are Liara, Jack, Tali, Thane, and Grunt. Others would have Garrus in there, or Kasumi, or Javik, or Wrex. I can’t think of too many who’d have Ashley, Kaidan, or James, but there’s a few people out there, I’m sure – there are no bad squadmates after all.

Sometimes I throw Blasto in with my favourite characters, because of how much I love the hanar and how frustrating it is that they were constantly overlooked, but that’s not really true. Blasto’s a fun sideshow, but everyone knows the best Mass Effect characters are squadmates. End of. However, after playing through all three games together as part of the Legendary Edition, it has become much easier to appreciate the unsung heroes of the journey.

Across all three games, how Shepard interacts with their squadmates is pretty similar. It gets more natural as the trilogy goes on, but you mostly talk to them on the ship during downtime, and either get structured conversation with them or a default response. In missions, these characters mostly have interchangeable soundbites unless it’s a loyalty mission or part of the storyline that matters to them in particular. I love the Mass Effect squadmates, don’t get me wrong, but one look at how the sausage gets made and it’s clear that most of the love for these squadmates comes from their individual stories or their sprinkles of personality – actually talking to them is a repetitive loop that has you constantly wandering around the Normandy hoping for a new conversation to have unlocked. 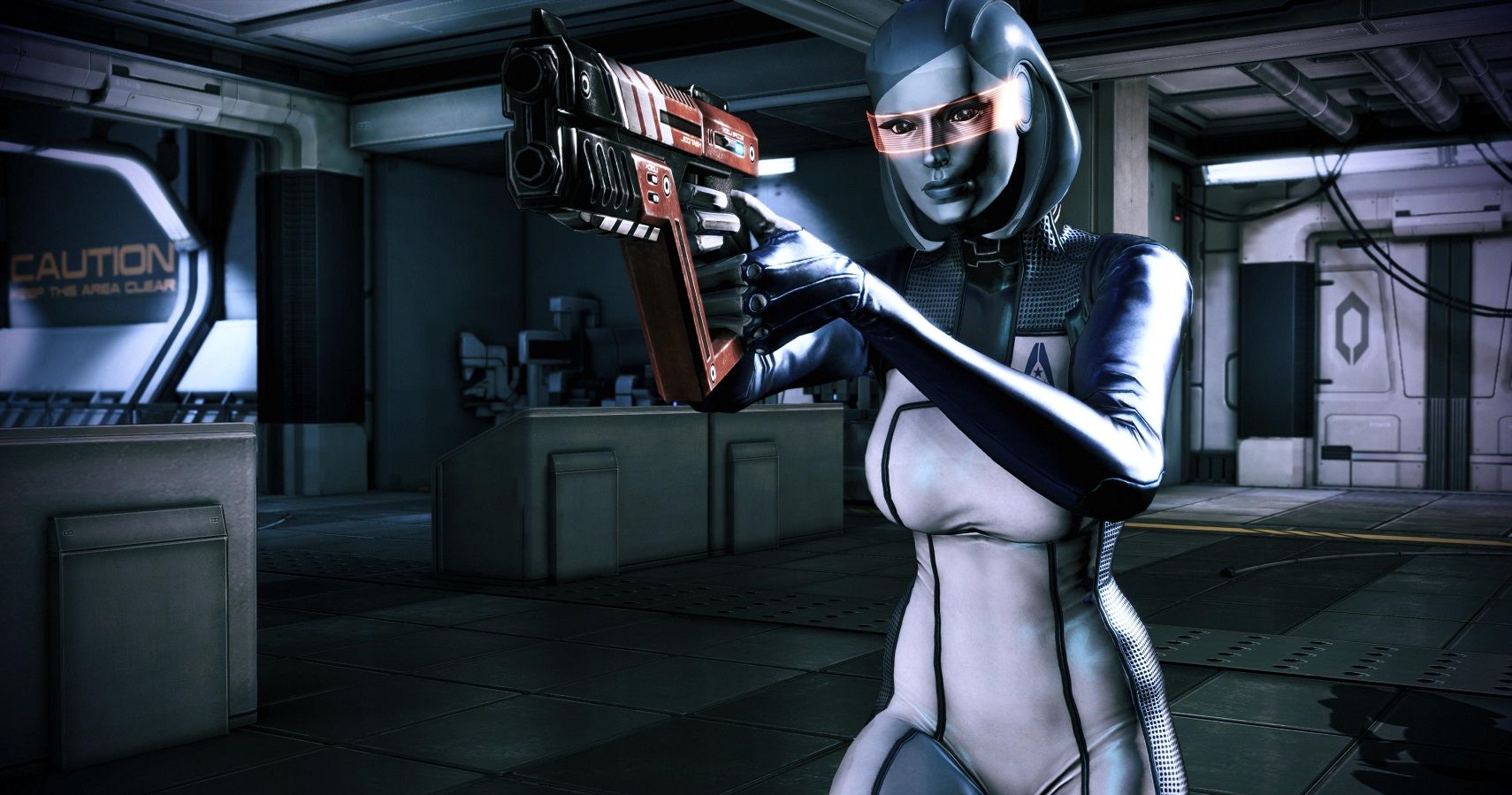 It helps that the loyalty missions are fantastic, of course. Thane’s is a hardboiled adventure, Samara’s is a lesson in non-combat gameplay, and Tali’s is literal perfection. To say it’s ‘just the loyalty missions that makes the characters interesting’ is like saying it’s just the meat that makes a mixed grill interesting. Mass Effect’s character banter might be a slightly burnt tomato when it comes to skirmish lines, but once you dig into the narrative, each character is a feast.

For that reason, these characters get all of the attention. But as you stroll around the Normandy and the various planets, there’s always bits of background chatter going on, always people with a smaller part to play in Shepard’s journey there to help hold up the universe. As you go from the War Room to the CIC in Mass Effect 3, you’ll pass through a screening station that I presume was there originally to disguise loading times. Narratively it’s a security measure for access to the War Room. In any case, it’s manned by two minor Alliance soldiers – Private Campbell and Private Westmoreland. Every time you pass by, you find these two mid-conversation about something; sometimes gossiping about the diplomats aboard the ship, sometimes just chatting, and sometimes talking about more serious issues, like a friend who joined Cerberus.

There’s no big story here; they’re just there to fill the silence. They’re Mass Effect 3’s answer to the elevator conversations in the first game. At any rate, they help flesh out the world and make it feel much bigger than Shepard and their pals. The fight against the Reapers is not just for you and Garrus and Liara. It’s not just for Captain Anderson. It’s not even just for Earth. It’s for everyone. These smaller characters underline that. 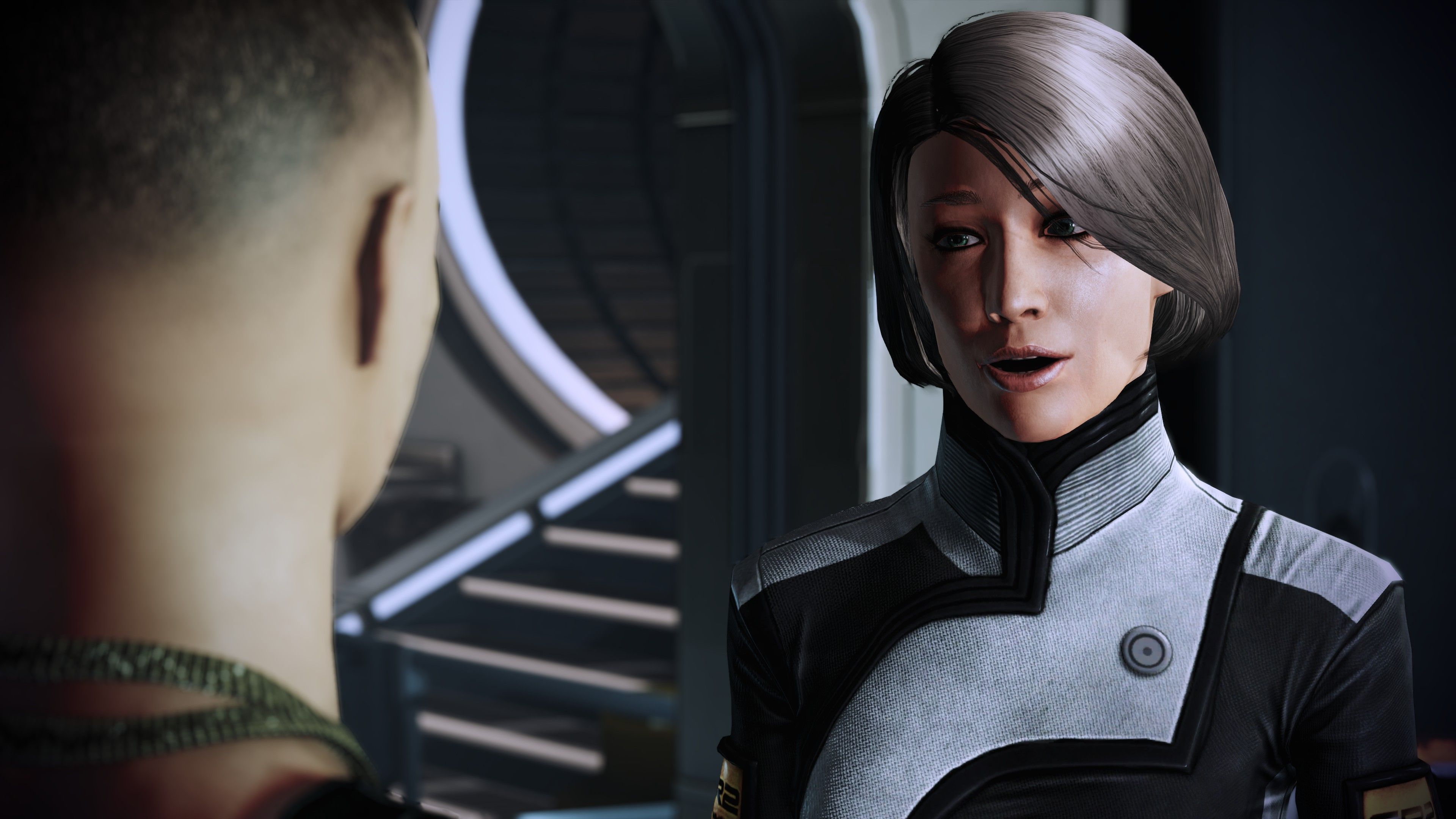 Campbell and Westmoreland aren’t the only ones, of course. Chakwas can be ignored almost completely, but she has one of the most interesting stories of the whole ship. She’s a seasoned Alliance veteran in the first game, and defects specifically for you in the second, seeking adventure and purpose as she nears retirement. In 3, she’s back with the Alliance thanks to your blessing. Talking to her in Mass Effect 2 will see her let her hair down and get drunk with you, while in Mass Effect 3 she’ll confront her trauma of being captured and suspended in a pod by the Reapers.

Meanwhile, Gabby and Kenneth provide an entertaining duo for you to riff off in the second game, giving the Normandy some extra character as you venture down to the lower reaches to see if Tali, Jack, or Grunt have anything new to say. Other crew members add depth to the ship in similar ways, and while Joker’s position at the front of the ship means he’s out of your normal route and needs to be deliberately interacted with, he too is an important and underappreciated hero in making sure the Normandy feels bigger than just Shepard’s soldiers. Kelly Chambers unfortunately doesn’t have too much about her, but Samantha Taylor and Esteban Cortez both make up for that in Mass Effect 3.

That’s before you even get outside the Normandy and interact or overhear NPCs going about their lives. Brokers at Illium are considering shorting on human colonies post-Horizon, giving you an insight into how the world of the future is not so different from the capitalism of today. In Mass Effect 3, there are constant arguments to intervene in, some regarding issues as serious as the fate of some refugees, and others as trivial as the refund for a toaster oven. 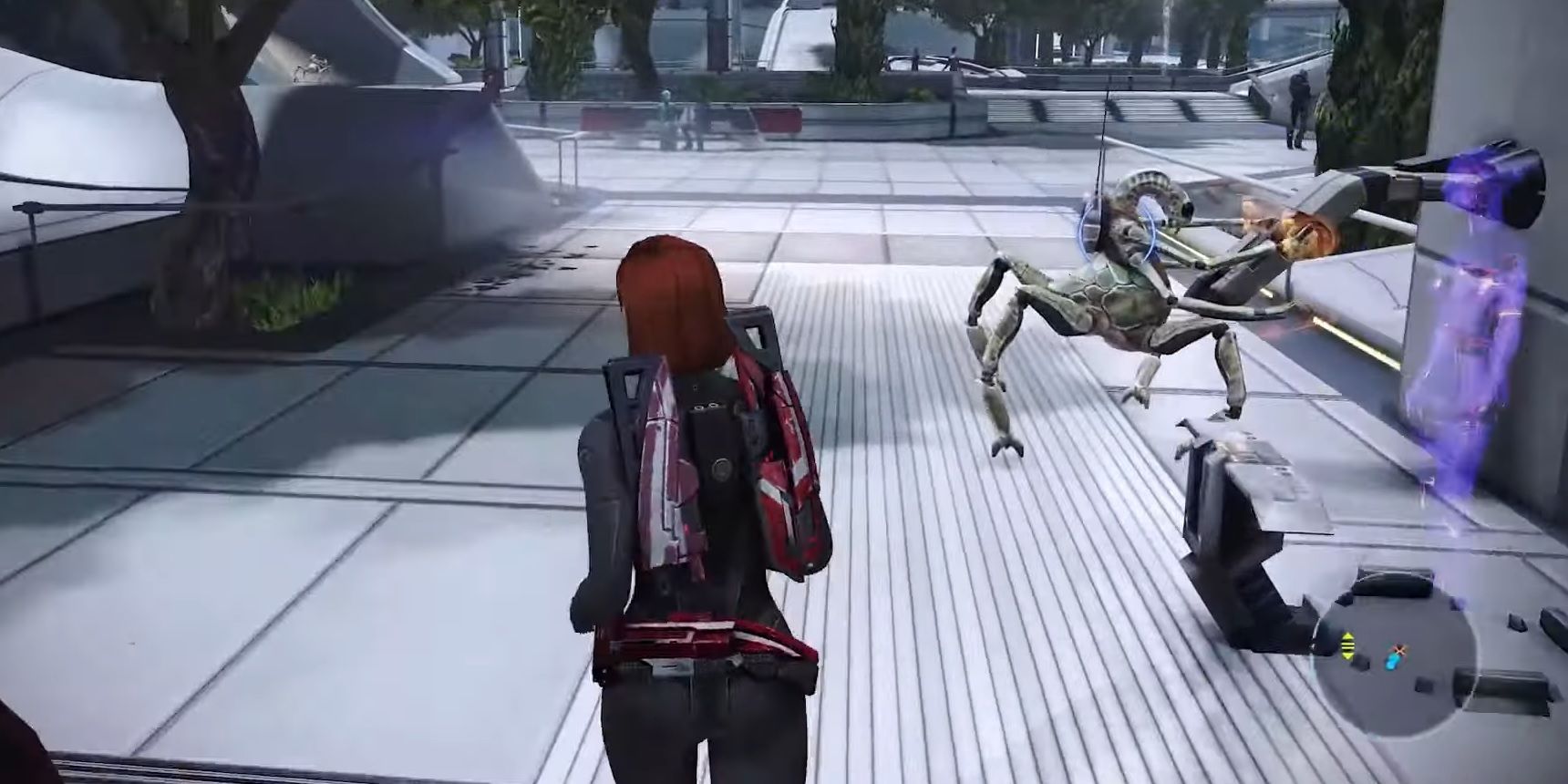 It’s universally agreed that Mass Effect’s characters are fantastic, but whenever people say that, they’re usually limiting themselves to the squadmates specifically. Those characters are great and all, but Mass Effect’s universe is bigger than the 20 or so characters that Shepard can call upon across the trilogy. Playing the games back to back, it’s clear that without the characters around the main cast, Mass Effect would be very hollow indeed. Diana Allers still sucks though.