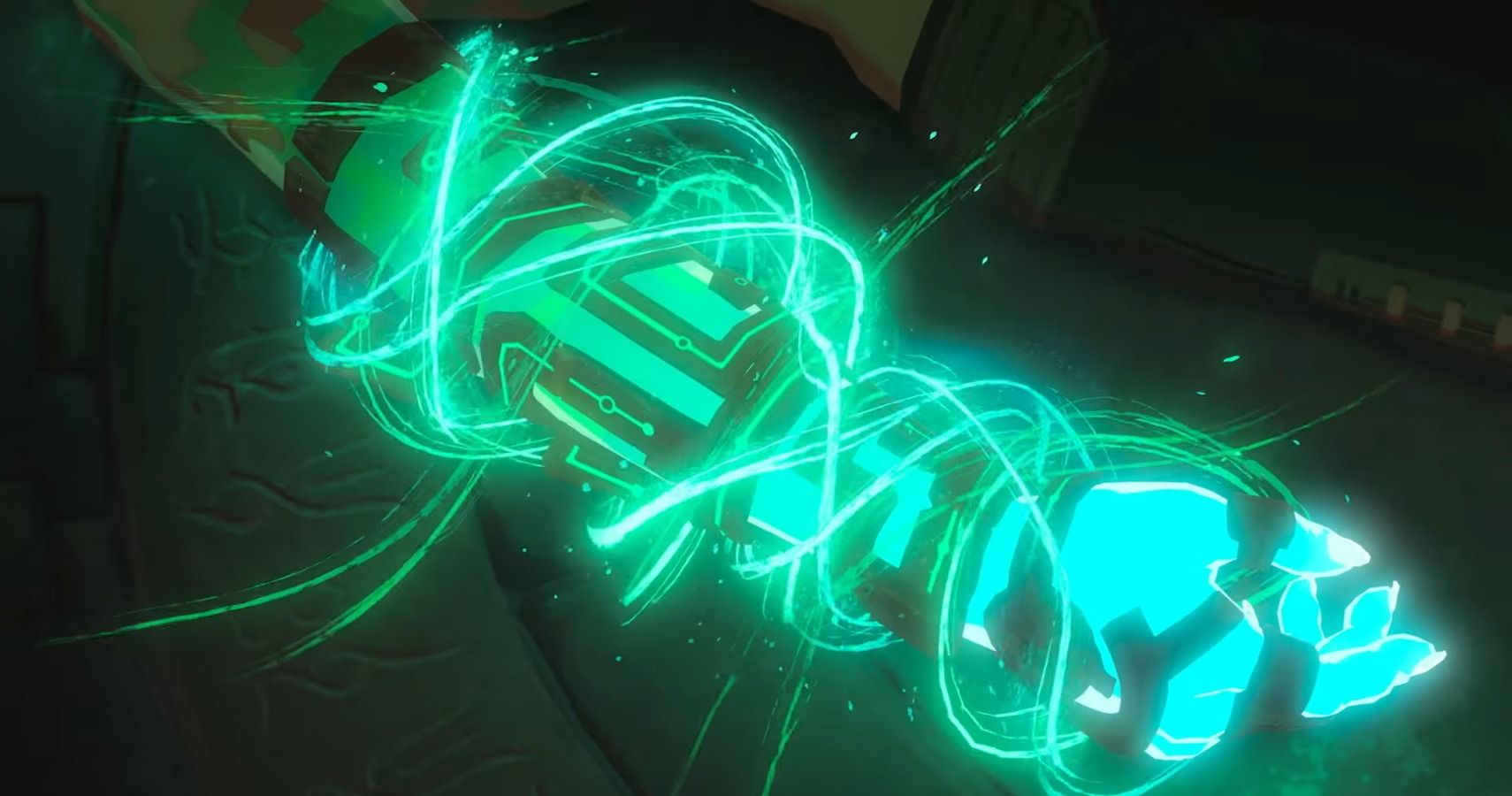 Two years ago, after the debut of the first trailer for The Legend of Zelda: Breath of the Wild 2, fans all over the world began to speculate about the curious new power Link exhibits in what is presumably the tomb of Ganon. After raising his hand up towards the ceiling, he emits some kind of greenish bolt of energy, striking a core and causing it to spit out the nefarious malice that plagues Hyrule in the first game. Said speculation ranged from intriguing but tinfoily to downright ridiculous, although the new trailer shown during today’s E3 2021 Nintendo Direct gives us much more to go off.

Zelda is a series that is deeply invested in Celtic mythology. From its depiction of sidhe (fairies) in terms of the Picori from Minish Cap, the Great Fairies throughout the series, and more, to the fact that Epona’s existence in every timeline cements her status as a psychopomp to otherworlds (explained at the link), it’s safe to say that although we can see a hodgepodge of cultural influence here, a lot of it comes from Gaelic countries. That’s part of why today’s specific focus on Link’s glowing arm carries so much weight, especially given its prominent role in the 2019 trailer, too – allow me to tell you the story of Nuada Airgetlám.

I know that probably looks like a strange auld name for anyone who isn’t Irish or Scottish, but it’s actually pretty simple. Etymologically, it basically means to acquire (Nuada) a silver hand (Airgeatlám), with the latter term being assigned to the fierce warrior and King of Ireland after losing his arm in battle. Dian Cécht, a famous physician at the time of the Tuatha Dé Danann – essentially the Irish mythological version of Zelda’s Hylians, which is more apt than ever given their descendance from the sky and Breath of the Wild 2’s assimilation of a more Skyward Sword-esque setting – replaced his lost arm with a silver appendage not unlike Link’s new multi-functional one in Breath of the Wild 2. Dian Cécht’s son, Miach, would later replace it once again with a new arm of flesh and blood, for which his own father would violently kill him out of jealousy. Celtic mythology is pretty wild.

The thing is, right, shortly after the first Breath of the Wild 2 trailer, concept art depicting an armless Link appeared while Nintendo was presenting at GDC. Link is much older here, and it was specifically stated that this art didn’t make it into the final game, but the fact it was considered at all is still important. Maybe we won’t see Link lose his arm against Ganon, or the Yiga Clan, or anyone else. That doesn’t mean it isn’t lost, or that the glowing arm isn’t an adaptation of the Irish legend minus the literal dismemberment.

This is why I’m curious to see the origin of Link’s new power. In the new trailer, we catch a glimpse of it as he’s gliding through the air, but then we see it glowing just like it did in the first footage from 2019. Later on, we see him use it to literally teleport through solid objects. I just rewatched both trailers back to back and it’s fairly clear that this versatile new appendage – it can be a cannon, a hammer, a means of permeating surfaces, and so on – can’t be used limitlessly. It appears that Link needs to be prudent with his use of this special new tool, so it’s worth noting that Nuada, too, had to be careful with how much he exerted himself, to the point that he could actually die from being overly vigorous while wearing the silver arm (this was no longer the case with the flesh and blood one he received later).

Obviously there are other heroes in mythology who have their arms replaced with a new appendage. Tyr from Norse mythology springs to mind as a particularly prominent example, although other ones aren’t quite as well known. Also, Tyr only lost his hand to Fenrir – Loki’s giant wolf son – while it’s quite clear that Link’s entire arm is affected in the same vein as Nuada’s one. 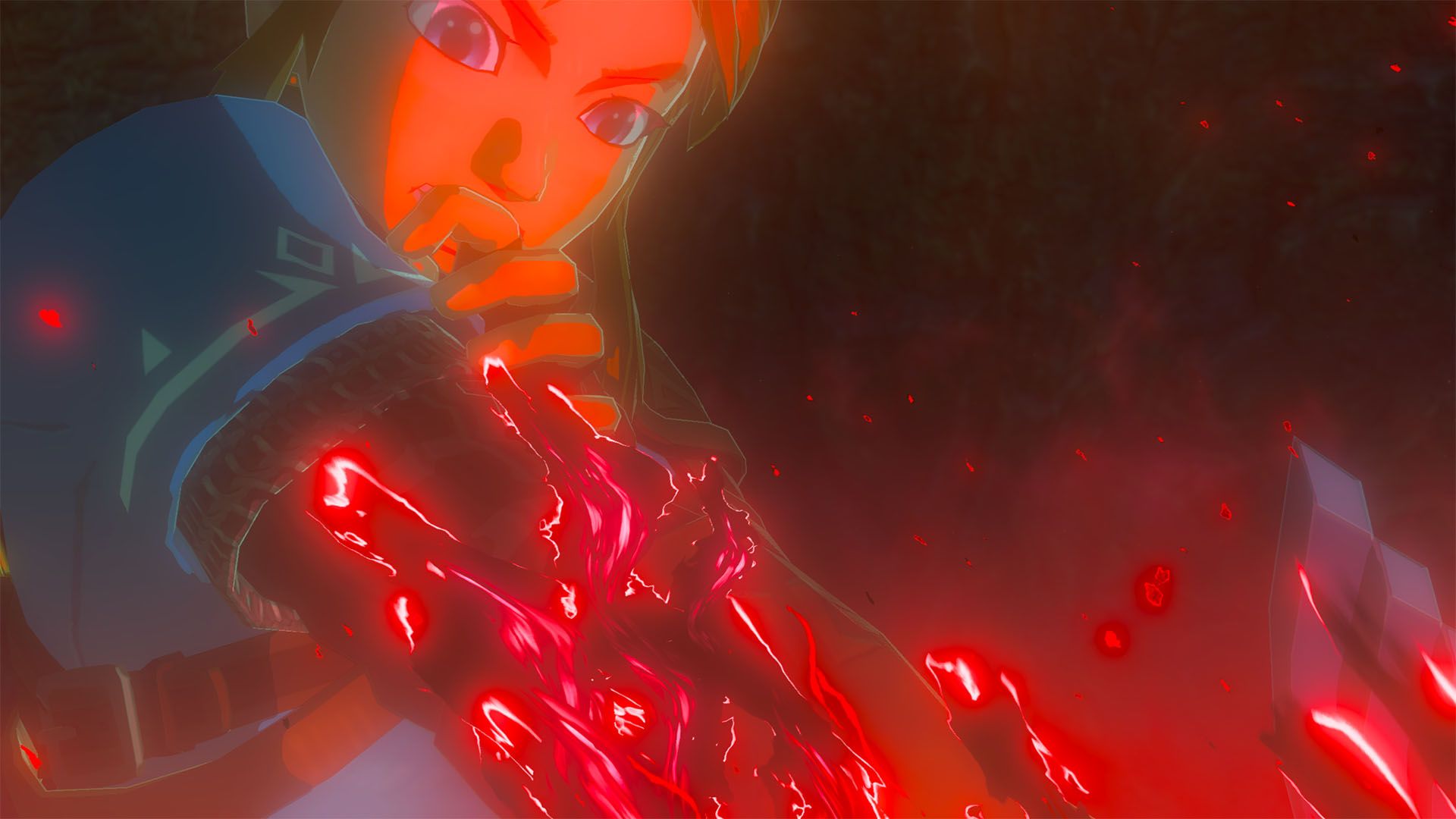 It’s speculation, sure, but it’s very measured. I remember when Sekiro was coming out I looked into Tange Sazen, the famous one-armed samurai created by Japanese novelist Fubō Hayashi in October 1927. Link has nothing in common with the vengeful Sazen, though, while his heroism, long blonde locks – longer in Breath of the Wild 2, by the way – adoption of some kind of magical, prosthetic arm, and so much more place him in perfect alignment with Nuada. Seriously, there is no other cultural group as closely comparable to Hylians as the Tuatha Dé Danann, which is further compounded by how Boblokinesque Celtic mythology’s Fomorians are – the Tuatha Dé Danann’s sworn monster enemies, in case that wasn’t clear.

The Legend of Zelda is a series that traditionally draws influence from myriad sources, but Celtic mythology is definitely one of its most major inspirations. The fact that the glowing arm from the original trailer was specifically framed in full shot this time around gives reasonable credence to the idea that, combined with the concept art for armless Link – even if it was potentially ditched during development – Nuada Airgeatlám is perhaps the key influence for our silent (well, occasionally grunting) hero in Breath of the Wild 2. If that’s the case, we’re in for a real treat, because as I explained above, Nuada’s story is wild, to the point that his wife cheated on him and her lover held the sun still for nine months so she could give birth in a day and get away with it. I don’t think Zelda is going to do that, mind, or if she’s ever going to be Link’s wife. However, when it comes to the magical arm, Master Sword – which is basically the Claíomh Solais, directly translated to the “Sword of Light” in Irish – and everything else the heroes have in common, we can get a pretty good idea of what the original inspiration for Breath of the Wild 2 was. We might even get to see a one-armed duel, eh?