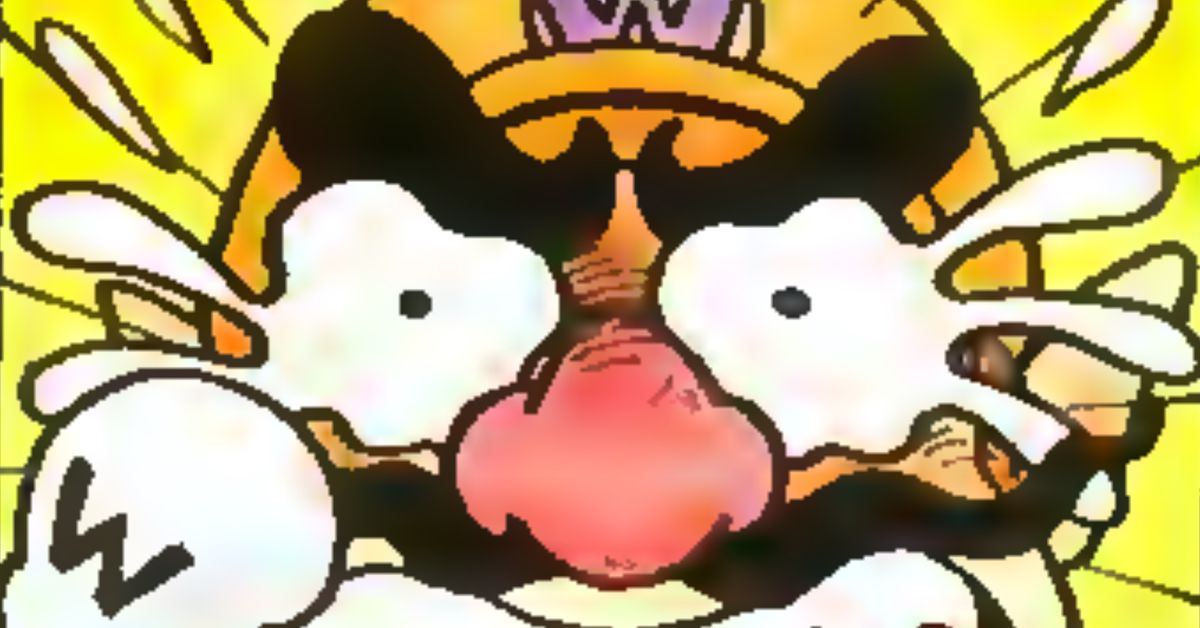 Spare some sympathy for Wario, the oft-misunderstood antihero of the Super Mario Bros. games. He had a difficult childhood that may have contributed to his overcompensating obsessions with gold, garlic, and archrival Mario. It is, in fact, childhood bully Mario who should bear a measure of responsibility for Wario’s greedy, gluttonous, and generally bad behavior later in life, according to documents recently viewed by Polygon.

Those documents are, of course, the short story comic “Mario vs. Wario,” which originally ran in volume 44 of Nintendo Power magazine and was later collected in the Super Mario Adventures graphic novel. In that 1993 story, manga writer Kentaro Takekuma and illustrator Charlie Nozawa reveal pivotal moments from Wario’s childhood that appear to have scarred the successful microgame businessman, leading to later-life trauma — for which, shockingly, Mario appears to be unrepentant.

In the first episode of “Mario vs. Wario,” Wario attempts to reconnect with his childhood pal Mario, inviting him to a party at Wario’s house — albeit with ulterior motives. Mario recounts how, in their youth, Mario and Wario would play together, and he looks forward to their reunion. Wario, on the other hand, remembers the events of those play dates differently.

In one scene, while Mario picks radishes, Wario is viciously attacked by Piranha Plants, his cries for help falling on deaf ears. In another recollection, Wario is “nearly flattened” by a Thwomp during what Mario calls “the experiment.” The most damaging memory, it seems, is a game of Cowboys, in which Wario was forced to be “the rustler” — aka the criminal — 1,255 times in 1,256 games played. It’s heartbreaking to read.

Mario shamefully tries to sweep these events, and Wario’s trauma, under the rug. When Mario is confronted with his past bullying and his obliviousness to the pain he inflicted upon Wario, the egotistical plumber is unwilling to accept responsibility. “Me? A bully?” Mario says incredulously. “What do you mean? It’s been 20 years! Let bygones be bygones. […] Don’t be such a wimp.” Wow.

Mario’s unwillingness to budge on his role in harming Wario is further illustrated in the comic’s final panel, in which the plumber again subjects our garlic-enjoying friend to yet another game of Cowboys — and once again forces him to play the role of Rustler.

There’s an earlier moment in “Mario vs. Wario” that’s equally disturbing. As Mario journeys to Wario’s house, he encounters a Pako, the octopuslike boss from Super Mario Land 2: 6 Golden Coins. Attempting to block Mario from stomping through his marsh, Pako expresses that he’s feeling ill — he is a saltwater creature living in a freshwater marsh, after all. Mario tricks Pako into thinking he’ll address his malady, only to dump sugar into the marsh, apparently poisoning Pako. It’s hard to stomach — whether you interpret it as cunning chicanery or destructive ignorance.

It will be unsurprising if Mario apologists come to the plumber’s defense, but his juvenile and traumatizing behavior is exhibited again in the second “Mario vs. Wario” comic from Nintendo Power magazine volume 56.

In that story, Princess Peach is celebrating her birthday, and Wario thoughtfully remembers a Samus Aran doll that the princess had admired in a shop window. He goes to buy it for her, only to find out that a mysterious mustachioed man, whom Wario believes to be Mario, has beaten him to the punch. Furious, Wario buys a prank gift — a spring-loaded Wiggler toy — and has it gift-wrapped to match Mario’s gift. His plan is to swap gifts to embarrass Mario.

As it turns out, Mario is in the same situation. He thinks Wario was the one who bought the Samus doll, and he attempts to sabotage Wario in an identical manner, suggesting that they are equally evil. At the party, Peach suffers both Mario and Wario’s attempts to prank each other, ruining her special day. Readers ultimately learn that Luigi, a pure innocent, is the one who gifted Peach the Samus doll. Luigi saves the day and secures the smooch. Luigi is good.

Suffice it to say, ladies and gentlemen of the readership, that I believe Wario has been unfairly labeled a villain — they named the guy “Bad Mario,” folks! — for nearly 30 years, even though his behavior is no worse than that of Mario, and that Mario should bear some responsibility for Wario’s current circumstances. I believe the evidence presented in these historical records, which I contend are canon, should absolve Wario of all sins both past and present.