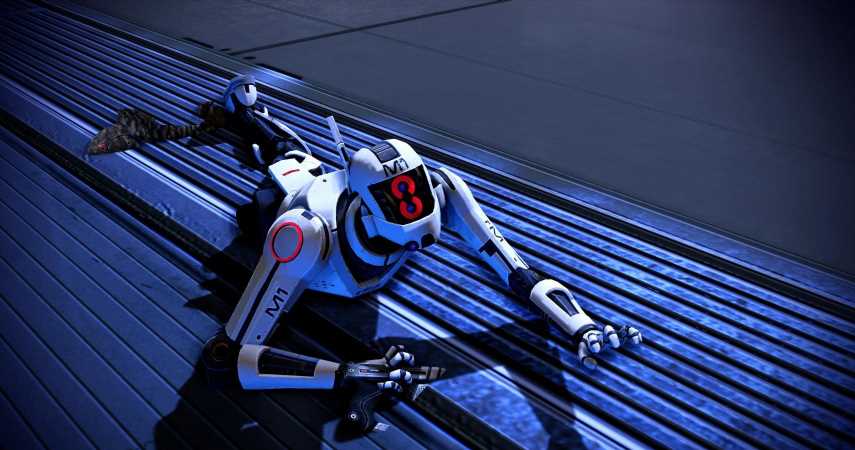 Gunplay in the first two Mass Effect games is drastically different from one other. In the first, things are stiff and clunky, with no real impact feedback and an overheat system that makes everything feel like a cheap sci-fi blaster as opposed to actual guns. They’ve fixed the sniper rifle, but I’m not even sure that’s a good thing. In Mass Effect 2, everything is much tighter. Enemies react to being shot. Guns use bullets, and therefore feel more powerful. Powers are better integrated into the equation, and biotic combos are introduced into the mix. Mass Effect 2’s gunplay is just better, right?

I mean, yes, but it’s a little bit more complicated than that. Mass Effect 2 is just an endless array of shooting galleries, where you’re just expected to shoot and shoot and shoot until this bit is over and it’s time for more story. The first game – and the third game, for that matter – does a better job of weaving gunplay into the narrative. You’re taking on geth or Husks most of the time, where the geth are specifically defending a base or the Husks are swarming at you with a need to kill. Whenever you fight the Collectors in Mass Effect 2, it’s pretty similar. Ditto when you fight geth. Most of the time though, you’re fighting hired goons, and they’re just there as fodder.

Aside from the recruitment missions for Garrus and Samara, the Blue Suns and the Blood Pack are little more than generic bad guys you need to kill before the rest of the story can start. Either that, or you’ll have to take out a swarm of mechs, and that’s when things get particularly creepy. 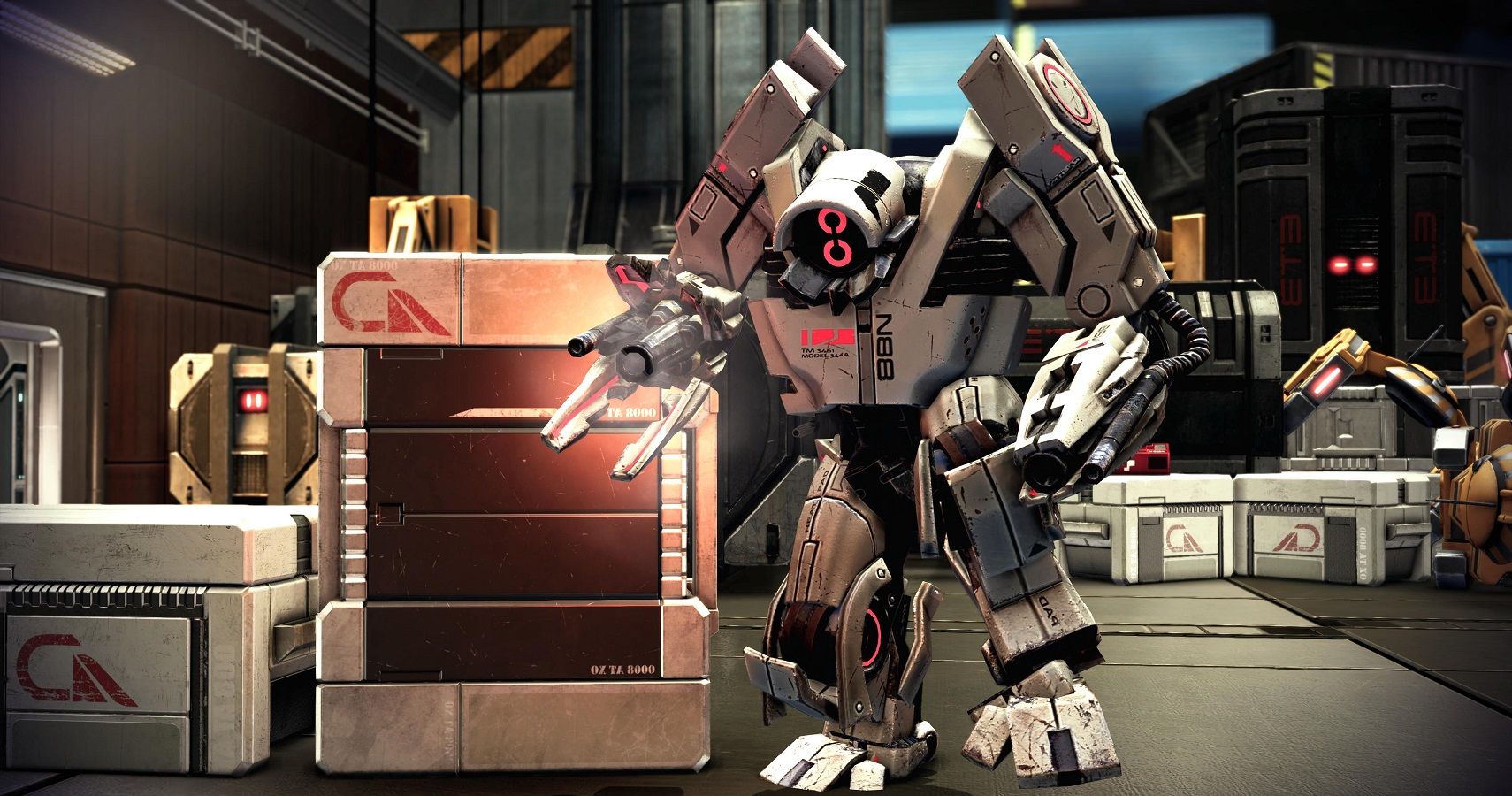 There are three mech types – dogs, humans, and big ones. They have names (FENRIS, LOKI, and YMIR), but it’s basically dogs, humans, and big ones. The dogs are a bit weird, just looking like white oil drums on stubby legs, but I take no issue with them despite seeming rather ineffective. Meanwhile, the big ones put up a helluva fight even with Overload and Incinerate, and as result are used sparingly and deliberately. The ones that put me off a bit are the human ones.

These are the mechs that are used the most, and they also feel like gunplay stuffers in the same way the Blue Suns or the Blood Pack do. They’re just there. Mass Effect 2 is a cover shooter, and that means it needs to give you things to shoot at.

In a way, they’re a good advertisement for Mass Effect 2’s improvements. They have excellent impact feedback; shoot them in the shoulder and their arm flies off. Headshots can lead to explosions, leaving them slumping to the floor with loose wires coiling out of their neck. The problem comes from when you hit them in the chest or lower. If you take out a leg or just do enough damage that they collapse while intact, the LOKI mechs will neither slowly fade away nor get back up and fight as all the other enemies do. Instead, they crawl towards you, metal hand grasping for the last few seconds of life, before they sag back into the ground and explode. 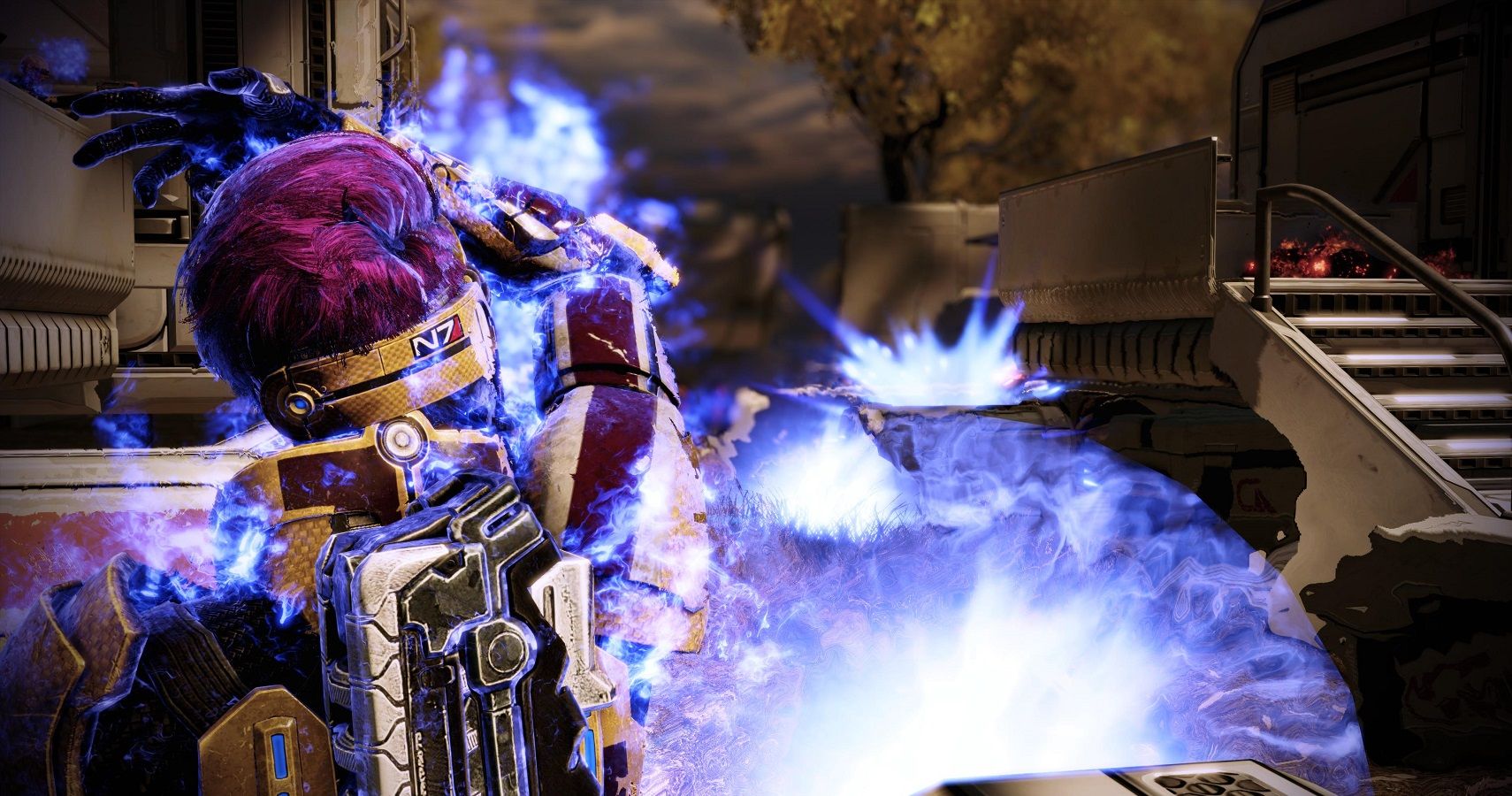 Where all other enemies go from dead to alive in an instant – aside from major characters who get cutscenes, of course – the LOKI mechs exist in a death rattle purgatory for a few brief moments. They’re dying, but they’re not dead, not yet. All they can do is hold on. Only, since these foes only exist to slow Shepard down, there’s no sense of loss or urgency or moral dilemma. These aren’t synthetic lifeforms like the geth or the Reapers – they are simple androids with no free will or emotions, yet they’re desperate to stay alive.

Who designed them this way? Why can’t they just stay dead? There’s no story to the mechs, they’re just there so there’s some actual game to play on the way to the next bit of story. And yet every LOKI tries to break your heart, looking up at you and silently screaming “why?!” through its cold, orange lenses. I’ve come to hate them, come to relish in their demise. The headshots might be effective and cinematic, but whenever I face a mech now, I aim low. I enjoy the sight of mechs on their knees, and that isn’t a joke.