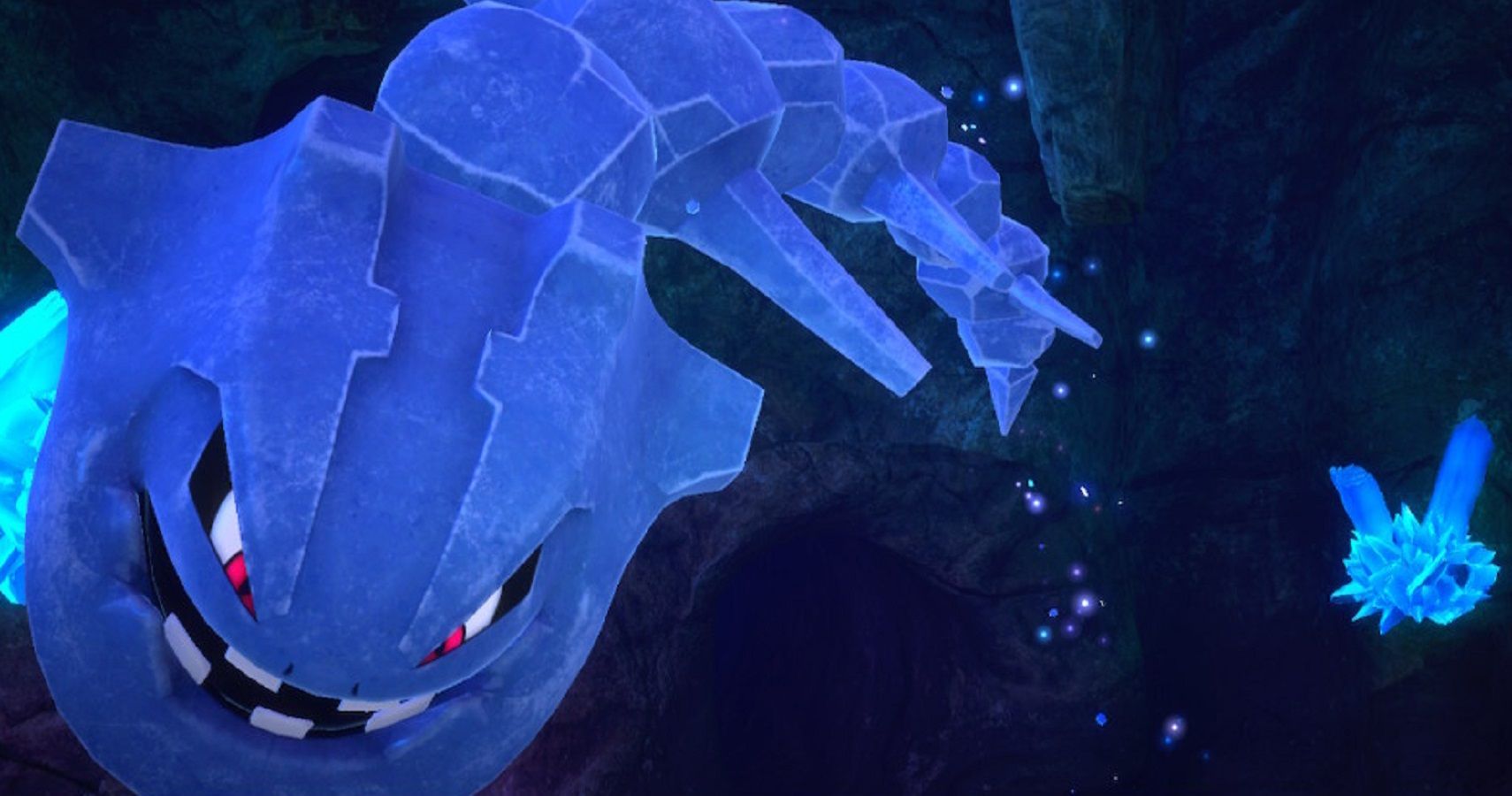 As you’ll know if you’ve consulted our fantastic guides, Pokemon interact with each other all the time in New Pokemon Snap. Want to get a good snap of Venusaur? You’ll need to make sure Arbok scares it and Sobble squirts it with water. Want Froslass to conjure up a blizzard? You’ll have to make Crabobinable dump snow on Abomasnow first. Everything in the game is linked, and that teaches you to constantly soak in your surroundings.

Outaway Cave, the cave that should be the benchmark for all future Pokemon caves, is full of things like this. Gengar can hop out of portals and scare different Pokemon. Mawile won’t calm down until you lure out Diancie. Two Geodude fight each other. While caves need to learn from Outaway directly, in a much broader sense, Pokemon games need to learn from the visual storytelling on offer in New Pokemon Snap.

Even when not interacting with each other, the ‘mons of New Pokemon Snap clearly exist as one with the world. They sleep, they swing from vines, they eat Pester Balls- I mean, fluffruit. Unfortunately, in the main Pokemon games, we don’t see this so much. Pokemon are either domesticated and living as standard pets, or wandering around in the wild. In the case of the latter, all they’ll do is run around in a small patch of grass then disappear, or else chase you. While the chasing is a bit more interactive, it’s still a far cry from what New Pokemon Snap is doing. 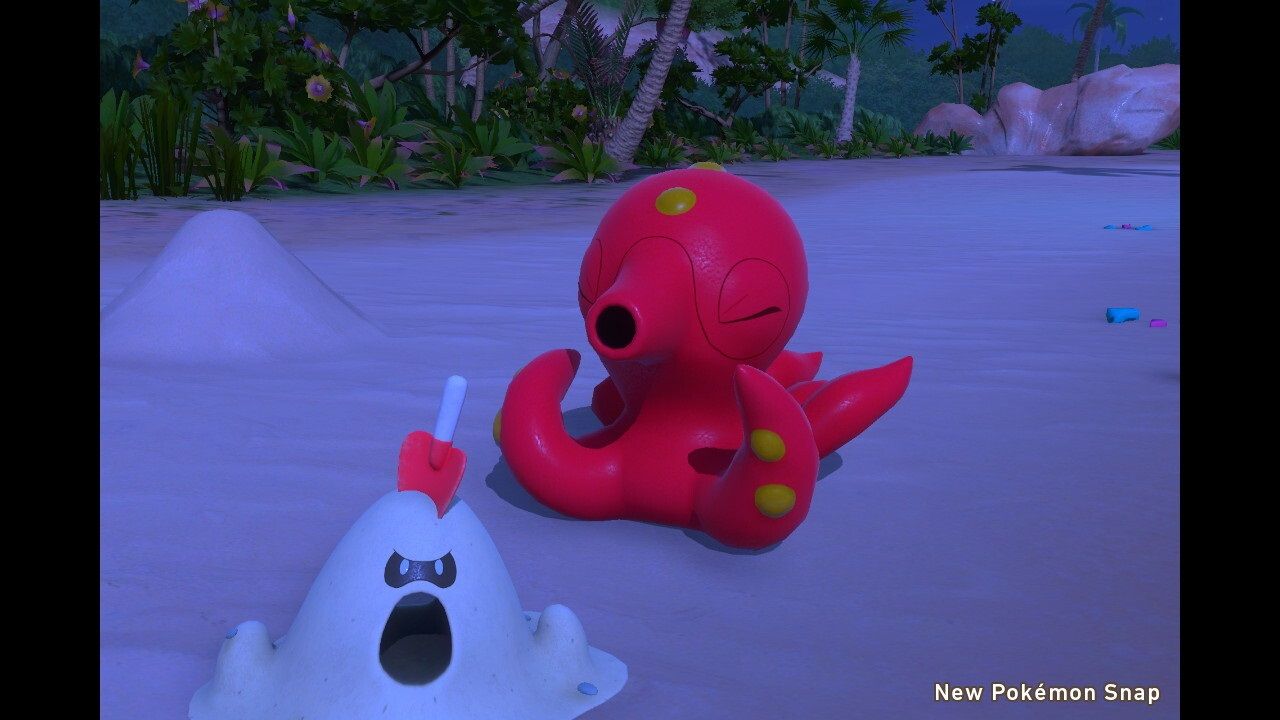 On one hand, I get it. In New Pokemon Snap, you only influence the world in a few limited and predictable ways. You’re on rails, and so the game only needs to choreograph behaviour; in the main Pokemon games, they need to react to it. But Pokemon is a hugely successful franchise and an interactive open-world is not a particularly ambitious thing to ask for in 2021 – Pokemon has a lot of excuses, but also has a potential budget that should negate all of them.

I’m not expecting the sort of things we get in New Pokemon Snap to be found at every corner of Legends Arceus or Gen 9. Just something more inventive than running around the grass, or having the flying ones drift around above the grass. It looks like we can sneak up on them in Legends Arceus, which is a start, but more could be done. Franchises that rake in far less cash than Pokemon manage to have much more involving worlds that seem like people actually live there, rather than being designed as part of a video game where only you, the player character, matters. 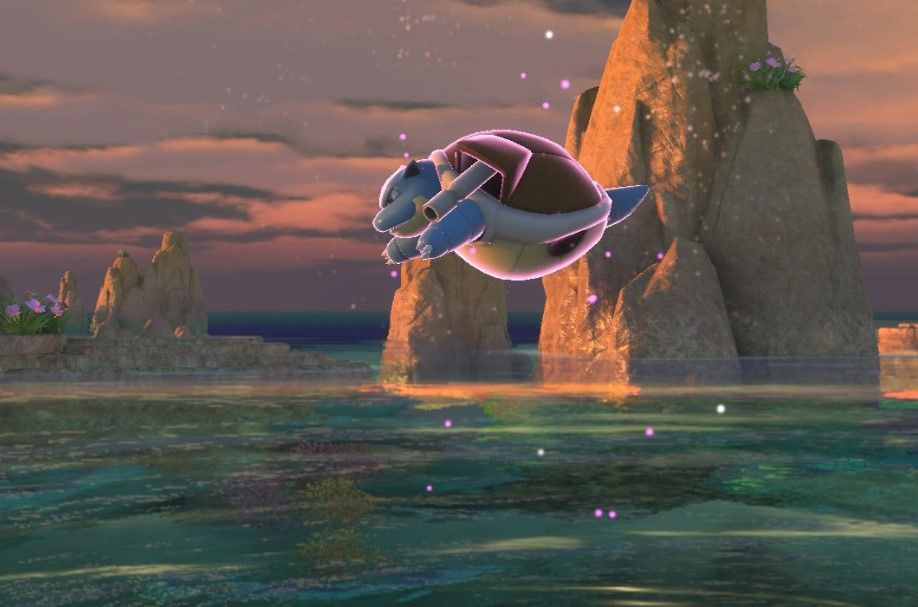 We need more interactions in the world, more Pokemon being folded into the worldbuilding and set design. Way back in the very first game, there were limited examples of this – Snorlax blocking your path, or the ghost of Marowak in Lavender Town. This was built upon in Gold & Silver, with Sudowoodo and the roaming Legendaries. There are a handful of recent examples too, but it doesn’t really feel as if Pokemon has evolved to keep up with the advancements in technology. It feels like Pokemon is holding an Everstone.