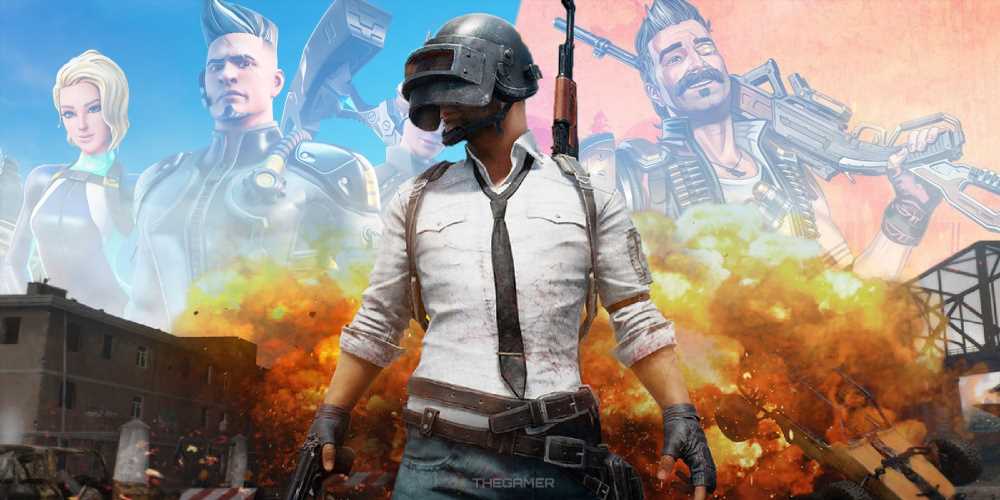 Summer 2017. It’s hot outside. My friend calls me up and asks if I want to go to the park so we can sit on a bench and drink four cans of Fosters. Although that sounds great, I’m just a teenage gamer on school holidays, and I’ve just found the game to end all games. ‘Sorry, I’m busy.’ I’ve told this lie a hundred times, and I’ll tell it a hundred more. It’s a curse, really, but I just really fucking like games. This game is called PlayerUnknown’s Battlegrounds. It’s a terrible name, but it doesn’t matter, because it’s about to devour my soul.

The first ‘Winner Winner Chicken Dinner’, a phrase that is as 2010s as fidget spinners and selfie sticks, is a moment I can recall with almost frightening clarity. It’s frightening because my heart felt like it was going to explode. Games don’t often do that, but PUBG’s final ring is designed around such a feeling. You are meant to sweat and shake. Your aim goes all funny because the mouse is suddenly really wet and you can’t breathe properly. In a moment of adrenaline-fuelled perfection, I land a grenade and win the game. If I could boil myself down, stick me in a tube, then somehow unboil myself and inject that boiled into my veins, I would. Leave me there. I don’t really need anything else.

My dad comes downstairs to see what I’m doing because I’m basically crying in my chair. ‘Are you winning, son?’ Yes, yes, I am. He tells me he wants a go. We spend the next six hours taking turns, one after another, to hide in bushes and camp on rooftops. Neither of us really speak. We are just engrossed in the world of Battlegrounds. The last game we played together like this was Battlefield 2, almost a decade before. It feels great. A proper gaming moment.

I write about video games for a living now, which means I get to think about these things more critically. PlayerUnknown’s Battlegrounds wasn’t just a great game. It has had a massive, overarching impact on the entire gaming industry. Those early moments I spent struggling for a win or playing with my dad weren’t personal, not really. They were shared by everyone, across the world. 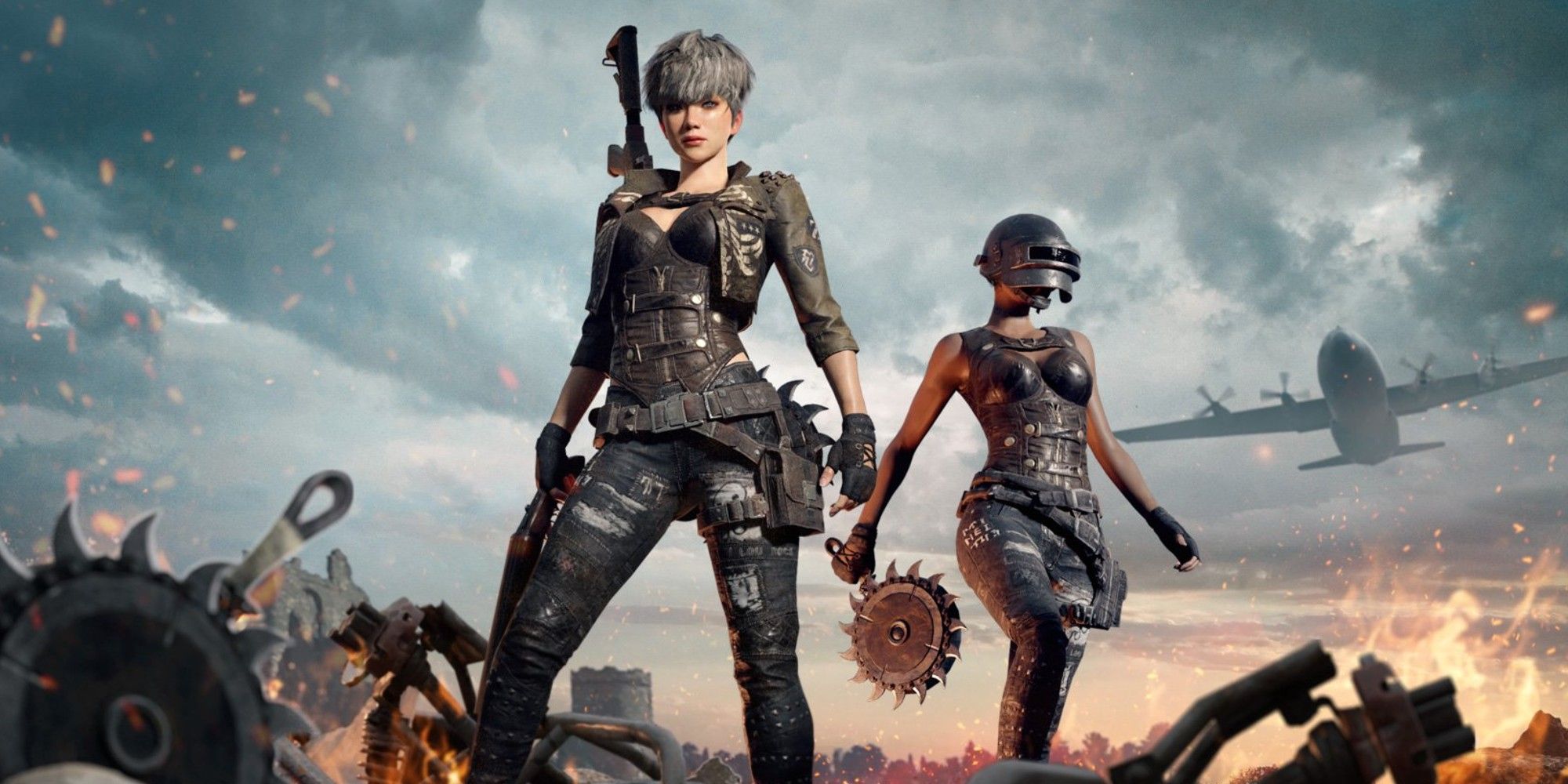 PUBG began life as DayZ: Battle Royale, a mod of the already existing mod, DayZ, for ARMA 2. Developed by Brendan Greene, also known as PlayerUnknown, it was inspired by the 2000 film Battle Royale and The Hunger Games novels. Greene was later brought in as a consultant to work on Sony Online’s H1Z1: King Of The Kill, a buggy mess, but still a BR. Twitch streamers liked it. They were on to something. After a time, Greene left Sony Online and went to work with South Korean developer Bluehole on an independent Battle Royale project. This was PUBG.

In June 2017, PUBG hit 400,000 concurrent players. In July 2017, Fortnite released its Battle Royale mode in a sweeping rush to soak up battle royale enthusiasts, a move that, looking back, isn’t surprising at all. Epic has established itself as a master thief over the past five years. Apex ping system? We’ll take that. Oh, you’ve got sliding in your game? Alright. We’ll take that, too. Tornadoes? What an astounding idea! Your weapons, your vault system, your respawn mechanics? FEED ME! Fortnite is No-Face. (This is a topic for another article. I am incredibly chill about it, as you can see.) However, the release of Fortnite’s BR was not the coup de grace that everyone expected at the time. By December 2017, PUBG hit 3 million concurrent players on Steam. 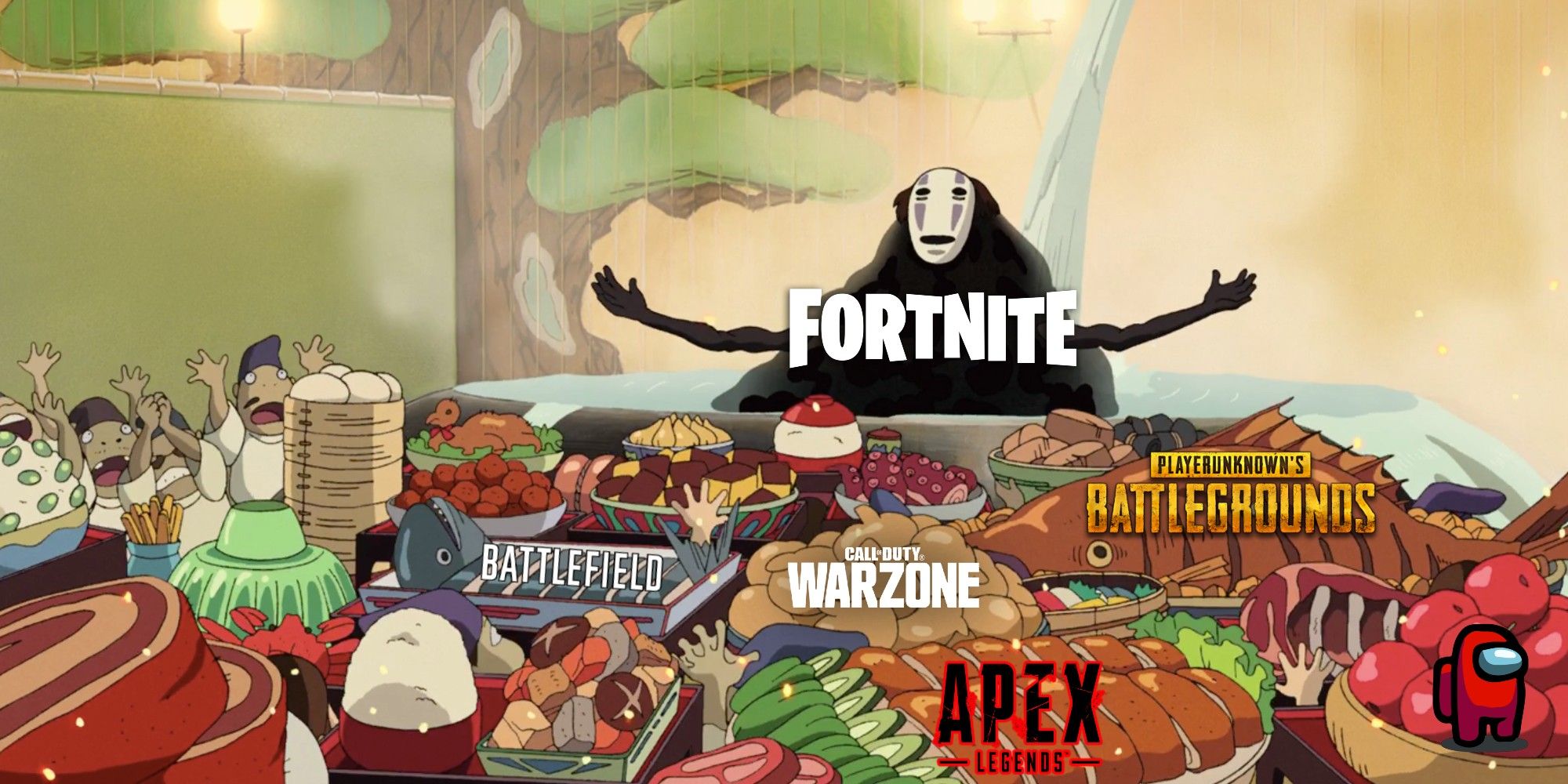 Fortnite is not the only game to ‘take inspiration’ from the king of Battle Royales. Surviv.io is released in October 2017, a free-to-play browser game that was actually very good, followed by 2018’s Realm Royale (a hero shooter), Ring of Elysium (never took off, which is a shame, because it introduced a lot of unique mechanics), Blackout (the first triple-A Battle Royale), and Danger Zone (Counter Strike but BR, it’s not very good – also ‘Danger Zone’, really?); 2019’s Apex Legends (the most interesting BR since PUBG), and Battlefield’s Fire Storm (yikes); 2020’s Warzone (redacted), Hyper Scape (nice try, Ubisoft), Spellbreak (ah, fire and ice and stuff, it’s alright), and most recently, 2021’s Naraka: Bladepoint (you’re not good at the game, those are just bots) and Vampire The Masquerade: Blood Hunt (vampires, and stuff).

This is a popular game hit list. There are hundreds of millions of players there, an ecosystem of games that is worth billions of dollars. The fact this all stemmed from one guy modding a game is astounding. PUBG’s impact is almost unfathomable – it revolutionized the next five years of games, not just FPS games, but all games, and will influence five more. It invented and popularized an entirely new genre. That doesn’t happen very often, in fact, it’s so rare I can’t even get my head around it. Can you imagine it, ‘Here’s my presentation. I call this a MOBA.’ Know what I mean? It just doesn’t happen.

All I can really say is, cheers PUBG. Cheers for the moments I spent playing with my dad and making new friends. Cheers for inspiring Fortnite, a game that I dislike but have to admire. Cheers for setting the wheels in motion for Apex Legends, a game that basically saved my life during the pandemic. You’re old and crooked and free-to-play now, but you did good. Real good.