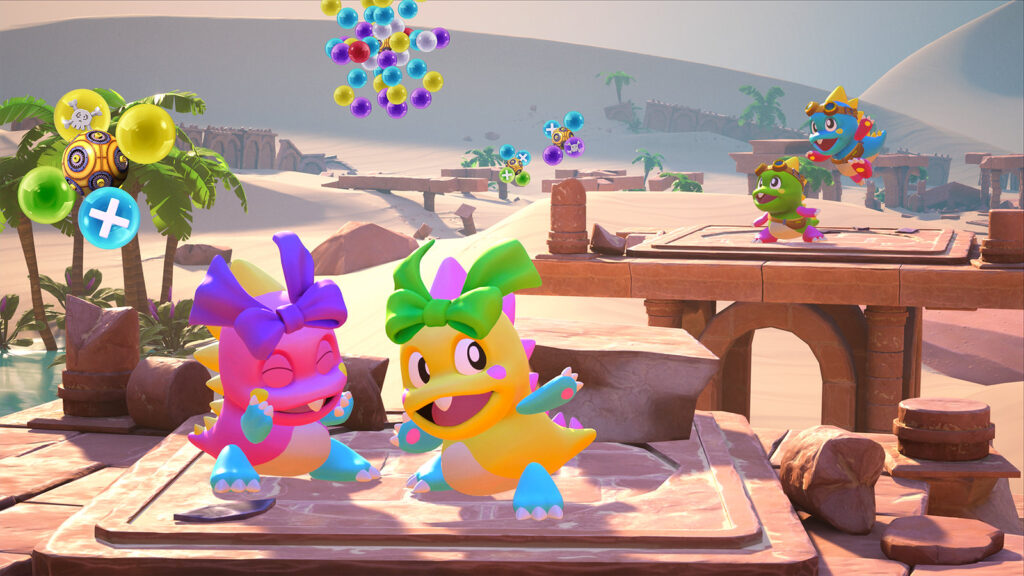 Puzzle Bobble 3D: Vacation Odyssey will maintain the same modes as before, with a 100-level Story Mode, the endless Infinite Mode and the PvP online versus Duel Mode where players can battle it out. But now, of course, players can decide whether they want to sit back and casually play on a TV screen or delve into the Puzzle Bobble world in VR.

While the puzzles will remain the same as well as the Paintbrush, Spin Orb, and Chili Bomb power-ups; the control systems will differ. In VR you’ll be able to use PlayStation Move controllers to utilise the Bubble Cannon like a slingshot. You’ll also be able to swap between both iterations with Survios saying in a blog post: “A big goal for us was giving as many Puzzle Bobble fans access to the game, and the agency to choose how they wanted to play. This led to creating a game that can be fully experienced with or without a headset, and seamlessly swapped in-game for those who want to approach puzzles from a different perspective!”

That “Cross-Reality” functionality as Survios calls it means that PlayStation 4, PS5 and PlayStation VR players can all go head to head in the Duel Mode. Plus, buy the PS4 version and Puzzle Bobble 3D: Vacation Odyssey will still come with the compatible PlayStation 5 edition.

The Puzzle Bobble franchise is now in its 35th year, proving that its iconic mix of matching and popping colourful balls still hasn’t aged after all this time. Whether in VR or on a TV, it’s all about scoring as many points as possible by using the least amount of shots.